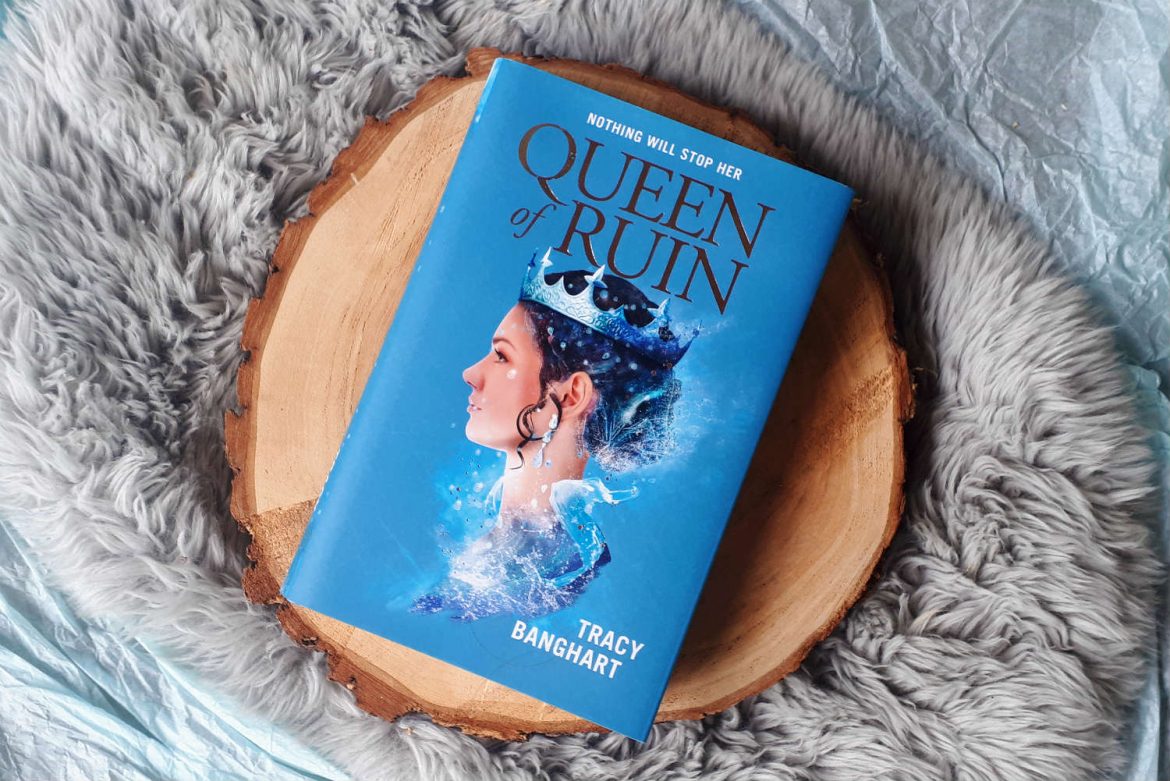 Hi everyone! Autumn has officially begun, so grab those blankets, cups of tea and books, and get settled for reading marathons! If you’re still looking for some good books, you might want to pick up Tracy Banghart’s duology about two sisters fighting the patriarchy. I read Grace and Fury last year and here’s my review of the sequel, Queen of ruin!

BEWARE: This review won’t spoil Queen of Ruin, but it will mention events from Grace and Fury, so consider yourselves warned!

Queen of Ruin picks up right where Grace and Fury left off. Nomi finds herself on a boat toward the prison island of Mount Ruin, together with the gravely injured Malachi. On the island, her sister Serina has just lead a coup against the prison guards. These girls and women have their eyes set on revenge, but first they have to get rid of Asa, who has seized power. Soon, both sisters find themselves separated once more, each having to forge her own path to tear down the world they know and build a new one.

So last year, I read Grace and Fury, and I loved it! It was fiercely feminist and I adored both main characters and how they dealt with their ordeals. Serina, the soft and obedient one, had to adapt to the ruthless prison island, while her rebellious sister Nomi had to learn to navigate the court. This character growth continues throughout Queen of Ruin, with both sisters discovering what they truly want, for themselves and for their world, and working towards it. By the end of the book, they’ve both come such a long way and I even felt proud seeing them like that!

Both slow and fast-paced

But I have to be honest and say this: Queen of Ruin wasn’t quiiiiiiite as good as Grace and Fury. It was still a great and entertaining book, don’t get me wrong. But it didn’t blow me away. Like I said, the protagonists are great characters, and so are the other women. However, the male characters felt a bit two-dimensional. I kept waiting for some twist there, or just something… more…, but that never happened.

Another “issue” I had: Queen of Ruin is somehow slow and fast-paced at the same time. I mean, this book is action-packed. There’s so much going on and we move from one cliffhanger to another dramatic moment. But at the same time, not a lot of relevant plot stuff happened up until the midway point, making it drag a bit.

And finally, the ending left me feeling a bit “meh”. This series is a duology, so Queen of Ruin is the final book. But the ending is very open. I can’t go into details without spoiling stuff. But I would have liked to see an epilogue set a few months later or so. It’s not that I mind open endings per se, but this one felt abrupt, which was jarring.

So to sum things up: Queen of Ruin might not live up to the huge expectations I had after Grace and Fury, but it was still a great book about women standing up for themselves and burning down the patriarchy. Which, let’s be honest, can only be applauded.

A fierce fantasy sequel full of sisterhood, strength, and betrayal, that "breathes new life into the feminist story of oppression and resistance" (Publisher's Weekly). Banished by Asa at the end of Grace and Fury, Nomi finds herself powerless and headed towards her all-but-certain death. Her only hope is to find her sister, Serina, on the prison island of Mount Ruin. But when Nomi arrives, it is not the island of conquered, broken women that she expected. It is an island in the grip of revolution, and Serina--polite, submissive Serina--is its leader. Betrayal, grief, and violence have changed both sisters, and the women of Mount Ruin have their sights set on revenge beyond the confines of their island prison. They plan to sweep across the entire kingdom, issuing in a new age of freedom for all. But first they'll have to take control of the throne, and only Nomi knows how. Separated once again, this time by choice, Nomi and Serina must forge their own paths as they aim to tear down the world they know, and build something better in its place. The stakes are higher and the battles bolder in Tracy Banghart's unputdownable sequel to Grace and Fury.