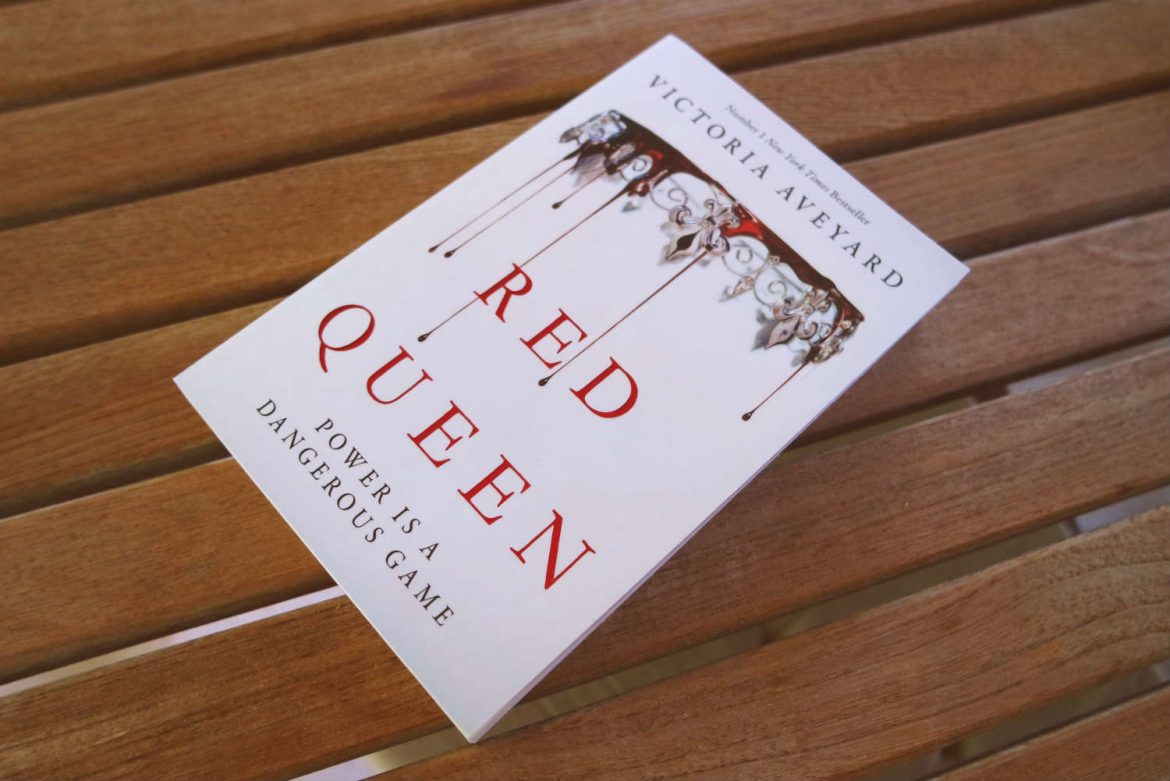 Red Queen might be one of the most popular books in Instagram’s Bookstagram community. And admittedly, the cover is absolutely stunning! But is it just as great on the inside? After ages of admiring this book and seeing people gushing about the main characters, I decided to find out for myself.

Mare Barrow is a poor Red girl, pickpocketing to survive in a world ruled by the Silver elite. This division is made on the basis of the colour of people’s blood, and the fact that Silvers have special powers (mind control, the ability to manipulate fire, et cetera). One day, Mare – who shouldn’t have any powers – finds herself in a dangerous situation and her powers manifest themselves. The royal family decides to hide her in plain sight, by having her pretend to be the long-lost daughter of a Silver family.

As you might expect, Mare finds herself embroiled in court intrigue, trying to keep her Red blood a secret. And then there are the two princes and the other members of the court…

This book wasn’t quite what I expected, to be honest. I was anticipating a fantasy setting in a medieval or renaissance setting, but instead we got a dystopian world with electricity, motor cycles and an area that’s off limits because of radiation. These post-apocalyptic/alternative universes aren’t really my cup of tea, but I don’t hate them either. It was just not what I was prepared for (which is probably my fault for not checking this beforehand!).

The basic idea sounds interesting, with this Red/Silver division and all the oppression that comes with it. Unfortunately, Red Queen doesn’t quite deliver. Once Mare is living in the palace as a Silver princess, the story devolves into your average love triangle plot. Cal, Maven, Cal, Maven, Cal, Maven, and so on. I’m not a big fan of love triangles (unless they are well executed), so it was a bit of a disappointment to see how much attention this got.

This focus on the love triangle was even more annoying because the main characters weren’t all that engaging. Mare, the protagonist, complains about how the Silvers look down on her, yet she herself constantly comments on how all Silvers are bad. Both princes were also rather dull and it was utterly predictable what would happen with them.

In fact, throughout the story, most things were predictable. While Red Queen wasn’t a bad story, it felt like it perfectly followed your standard YA fantasy blueprint. The whole flow of the story felt like I’d read it a hundred times before.

That being said, the writing style was nice and easy to read. And in my experience, sequels are often more surprising than the first book in a series. So I might still pick up the next installments in this series.

This is a world divided by blood - red or silver. The Reds are commoners, ruled by a Silver elite in possession of god-like superpowers. And to Mare Barrow, a seventeen-year-old Red girl from the poverty-stricken Stilts, it seems like nothing will ever change. That is, until she finds herself working in the Silver Palace. Here, surrounded by the people she hates the most, Mare discovers that, despite her red blood, she possesses a deadly power of her own. One that threatens to destroy the balance of power. Fearful of Mare's potential, the Silvers hide her in plain view, declaring her a long-lost Silver princess, now engaged to a Silver prince. Despite knowing that one misstep would mean her death, Mare works silently to help the Red Guard, a militant resistance group, and bring down the Silver regime. But this is a world of betrayal and lies, and Mare has entered a dangerous dance - Reds against Silvers, prince against prince, and Mare against her own heart . . .