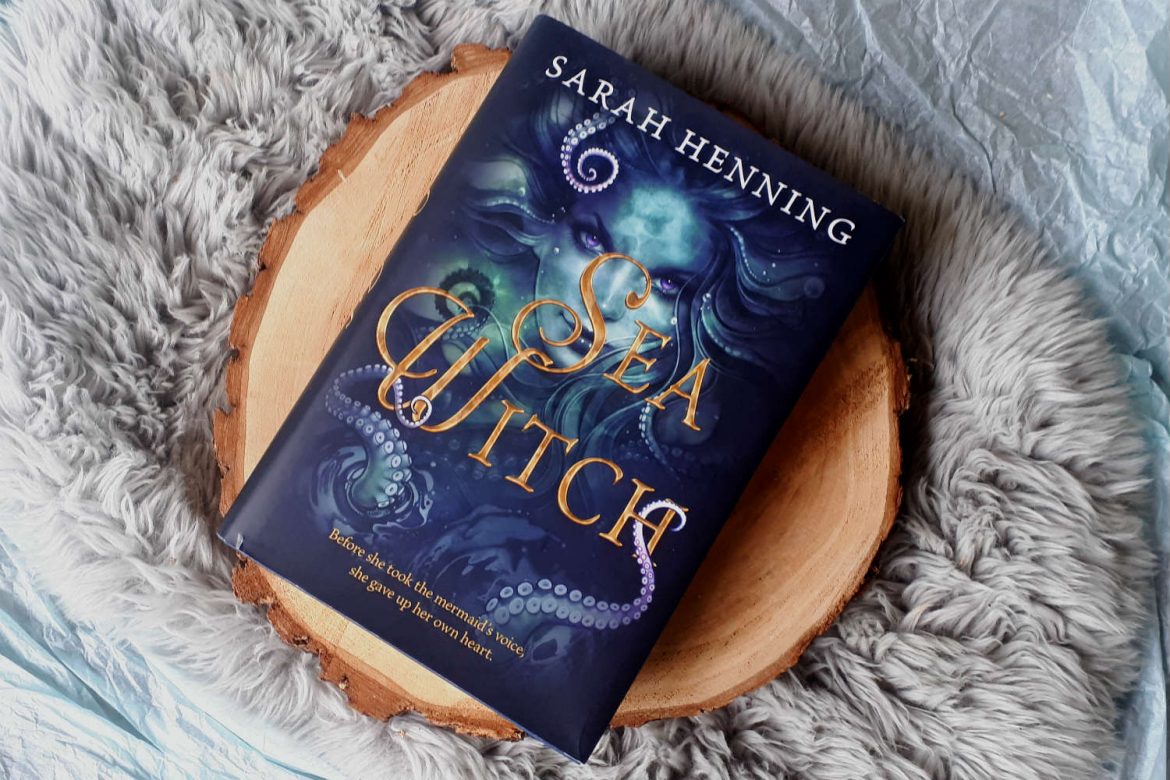 We all know the Sea Witch from The Little Mermaid: the terrifying half-woman, half-octopus creature that gives Ariel her legs in return for her voice. But what happened before the well-known fairytale? How did the Sea Witch become who she is? That’s what Sarah Henning’s novel explores.

Evie has been an outcast in her small fishing town ever since her best friend Anna drowned. An outcast, and a witch. But when a girl with a striking resemblance to Anna appears offshore, Evie is convinced her best friend actually survived., even though the girl herself denies this. But this new friend has secrets of her own: she can’t stay in their village – or on two legs – unless Evie finds a way to help her. And so, while they capture the eyes and hearts of two princes, they begin their race against the clock.

This was a difficult book to rate. While reading, I wanted to give it three stars, up until the last 100 pages. That’s when the story really picked up with twists, magic and drama. So much drama! Those 100 pages definitely earned more than 4 stars, in my opinion. But there was also the rest of the book that wasn’t up to par, so I’m somewhere between 3.5 and 4 stars.

Anyway, let’s talk about what bothered me. We have a story that’s focused entirely on these 4 main characters: Evie and the mysterious Anna-lookalike on the one hand, and on the other hand the two princes. The story is set against the backdrop of an annual festival in their village, so we get to see these 4 characters take part in the festivities and we witness how this complicated love square develops.

It’s not that I don’t like slow books. Slow books can be incredibly interesting. But here the story dragged and nothing really happened for the longest time. It wasn’t boring, but it wasn’t exactly exciting or captivating either.

The story in the present day is mainly told from Evie’s POV, but there are interludes that slowly reveal what happened on that fateful day when Anna drowned. These flashbacks catch up to the “main” story and it is here that the reader first gets to see a major plot twist.

That plot twist is where the story finally picked up for me. It’s the opening of the finale, in which we get heart-pounding action and suspense. Seriously, there is so much drama in these final 100 pages! Magic takes centerstage now and we are treated to twist after twist. I couldn’t stop reading at this point! Of course, I can’t talk about anything in more detail here, because it would spoil things for you. But I wish more of this book had been like that finale.

In short, if you’re expecting this book to bring you a sea witch origin story, you wouldn’t be wrong. That is exactly what this is. But on the other hand, this book might not be what you would expect either. Most of this book is teenage-love-and-drama-at-the-fair, so just be aware of that. I wasn’t expecting that and it impacted the way I felt about this book. Anyway, the finale made up for a lot and I still put the sequel, Sea Witch Rising, on my TBR list.

Wicked meets The Little Mermaid in the captivating origin story of the sea's most iconic villainess, perfect for fans of Heartless and Dorothy Must Die. Ever since her best friend Anna died, Evie has been an outcast in her small fishing town. Hiding her talents, mourning her loss, drowning in her guilt. Then a girl with an uncanny resemblance to Anna appears on the shore, and the two girls catch the eyes of two charming princes. Suddenly Evie feels like she might finally have a chance at her own happily ever after. But magic isn’t kind, and her new friend harbors secrets of her own. She can’t stay in Havnestad—or on two legs—without Evie’s help. And when Evie reaches deep into the power of her magic to save her friend’s humanity—and her prince’s heart—she discovers, too late, what she’s bargained away.