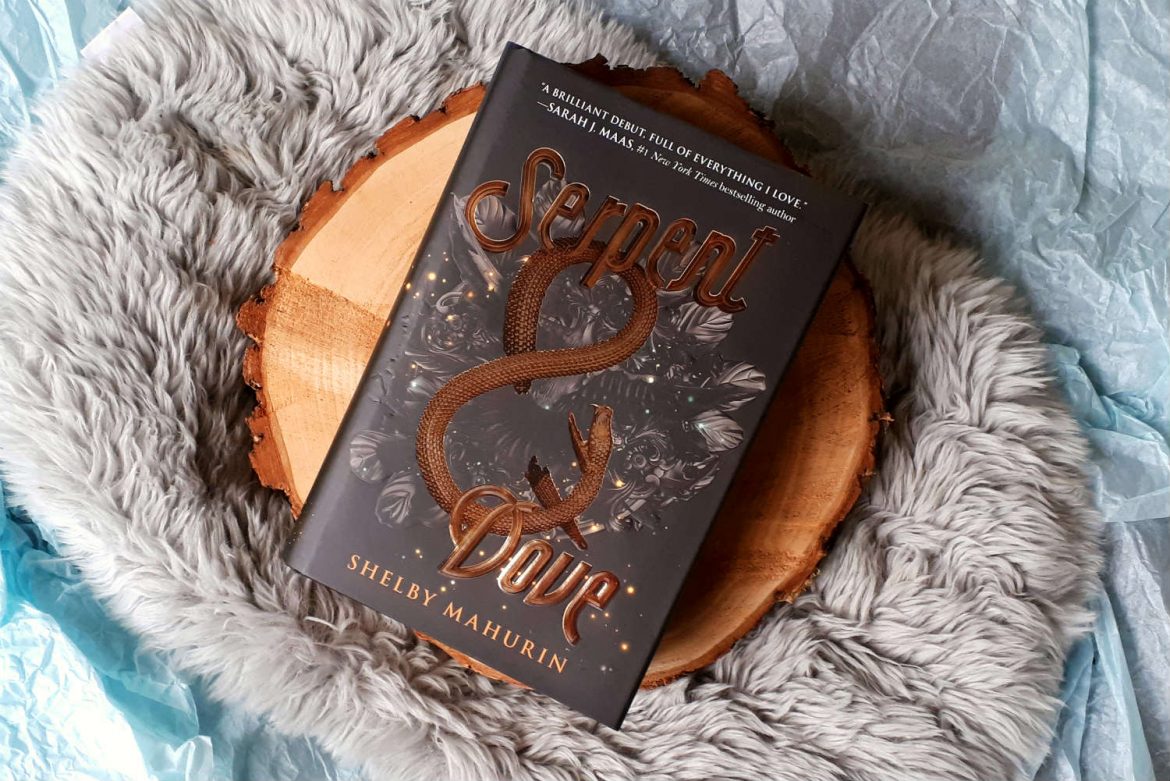 Hi everyone! Got any exciting plans for the weekend? I’m meeting friends to do an escape room and I’m a bit nervous because I’ve never done one before! Speaking of scary… Is there a more witch-y time than autumn? It’s dark, there’s fog, and everything just feels creepier than usual. If you want to read a book about witches, I can recommend Serpent & Dove by Shelby Mahurin. Here’s my review!

Louise le Blanc is a witch. Two years ago, she fled her coven and took shelter in the city of Cesarine. Not that she is safe there, because witches are hunted and burned. Reid Diggory is sworn to the Church as a Chasseur, a witch hunter. When their paths cross, Louise and Reid are forced to marry each other. Now Louise not only has to hide her true nature, she also has to deal with her growing feelings for a man who wants her kind dead, while her coven is out there, hunting her.

YEEEEESSSSSSS! This book was amazing!!! It has witches, witch hunters, a strong friendship and of course enemies forced into a marriage of convenience! I absolutely love that trope, it creates so much tension between the protagonists and isn’t that fun to read?! I was incredibly excited about Serpent & Dove and then I found out it was Fairyloot’s featured book in September. So I had high expectations and I’m so happy it did not let me down.

Louise and Reid, the protagonists, are to die for! They’re one of the best pairs I’ve read about this year. The story is told from both their POVs, so we get to see how they feel about each other. Reid is precious, although he’s a bit of a zealot at first. I loved his character development! Louise is so fierce and sassy, and she made me laugh out loud a few times with her big mouth.

Is this a debut?!

Serpent & Dove is Shelby Mahurin’s debut novel, but you’d never know by reading this book. Y’all, the writing is amazing! The prose was beautiful, without being over the top. This hit the exact perfect spot of gorgeous sentences and descriptions, without purple prose or an overload of metaphors.

At 500+ pages, this book is also rather long for a YA novel and especially for a debut. But I flew through it and didn’t get bored for a single second.

One minor thing though: I was confused about the magic system (yes, that happens a lot, I’m starting to think it might be a me-problem…?). In Serpent & Dove, the magic works with patterns that are visible to a witch, but it also works according to the rules of give-and-take. Unfortunately, I wasn’t entirely sure what the limits on magic were… Anyway, that didn’t bother me an awful lot in the bigger picture, so Serpent & Dove gets a solid 5 stars from me!

Bound as one, to love, honor, or burn. Book one of a stunning fantasy duology, this tale of witchcraft and forbidden love is perfect for fans of Sarah J. Maas.

Two years ago, Louise le Blanc fled her coven and took shelter in the city of Cesarine, forsaking all magic and living off whatever she could steal. There, witches like Lou are hunted. They are feared. And they are burned. As a huntsman of the Church, Reid Diggory has lived his life by one principle: Thou shalt not suffer a witch to live. But when Lou pulls a wicked stunt, the two are forced into an impossible situation--marriage. Lou, unable to ignore her growing feelings, yet powerless to change what she is, must make a choice. And love makes fools of us all. Set in a world of powerful women, dark magic, and off-the-charts romance, this steamy debut novel will leave readers burning for more.