Shame, Shame: 7 books and authors I haven’t read yet 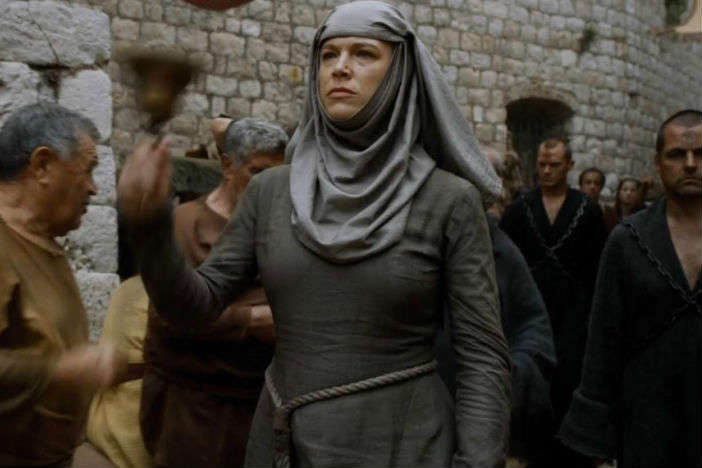 It’s impossible to say how many books have been written throughout history, and every day more new books are published. As a consequence, it’s just not possible to read all of them (which causes bookworms all over the world non stop heartache). Yet some books and authors are more essential to read then others, it seems. Today I take a look at a few classics that I haven’t read yet (to my great shame), and a few books in my favourite genres that I feel I should read to have a fuller grasp of the genre.

Bring out septa Unella and her bell of shame as I make this confession: I haven’t read Pride and Prejudice yet. I don’t think I have to tell you anything about this classic by Jane Austen. First published in 1813, Pride and Prejudice has been adapted to movies and television series several times. I have an ebook of this one, but haven’t dared diving in yet. You see, last year I read Sense and Sensibility, another Austen classic, and while I did enjoy the story, I found it hard to read. Sentences that span nearly an entire page – with archaic and formal phrases – made it a difficult and slow read for me. But one day I will get to it, I promise!

Anything by Stephen King

Do I need to introduce Stephen King? I don’t think so. A selection of his books: The Shining, It, The Dark Tower, The Green Mile, Carrie, and The Shawshank Redemption. To say I have never read anything by Stephen King wouldn’t be technically correct though. I did start reading Dreamcatcher, a science fiction horror story about an alien invasion, but I didn’t really enjoy it and gave up before halfway. Despite this bad experience, I feel that I should read his books, but maybe I should pick up his fantasy series The Dark Tower instead…

I’m not sure I can call myself a true fantasy fan without having read the Chronicles of Narnia, arguably one of the most essential series in the genre. C.S. Lewis was a friend of Tolkien’s, the author of that other masterwork, The Lord Of The Rings. I did watch the Narnia movies, but I know that’s not the same as having read the books. So to right this terrible wrong, I should probably put this series at the top of my TBR list. 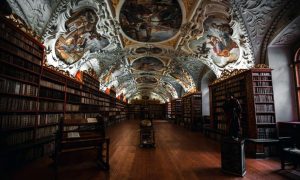 Another famous author who doesn’t need an introduction. While I did read – and enjoyed – Animal Farm, I never got around to reading Orwell’s dystopian novel Nineteen Eighty-Four. As you probably know, this novel is where the terms Big Brother, Newspeak and Thought Police come from. Since last year, the book has made a comeback on bestseller lists, because current events, especially in the United States, sometimes sound eerily similar to what Orwell warned us for. As such, this is a book I probably should read soon.

Anything by Maggie Stiefvater

Maggie Stiefvater is a huge name in YA literature. She is mostly known for the series The Raven Cycle and The Wolves of Mercy Falls. Last year her latest work All The Crooked Saints was published. All in all she has written 14 books to date and gathered an impressive collection of awards for her work. Yet she is completely missing from my bookshelves, oops! The Raven Cycle is definitely on my TBR list though, but so are tons of other books…

Anything by John Green

Like Maggie Stiefvater, John Green is one of the biggest names in YA fiction. You might know him from The Fault In Our Stars, that was adapted into a hugely popular movie, or from his most recent release Turtles All The Way Down. Green writes contemporary fiction though, and as you might have noticed from my reviews on this blog, I mainly read fantasy in medieval-style settings. So even if An Abundance Of Katherines and Turtles All The Way Down are on my TBR list, I also keep adding other books that are more up my alley. In other words, it might take me quite some time to get to them.

Anything by Danielle Steel

You can’t say “romance novels” without saying “Danielle Steel”. Since her debut in the seventies, Steel has written well over 100 novels. I remember a conversation with my mother a few years ago, when I mentioned the epic fantasy books I love so much, and she told me that I “should read something by Danielle Steel to change things up a bit, instead of always reading the same genre”. And so I decided that I probably should give this American author a shot. But yeah, fast forward a few years and she’s still on my list of unread authors. Sorry, mama!

This is only a small sample of books and authors I feel that I should read. There are countless others, and not enough time to read them all, I’m afraid… Is there an “essential” book or author you haven’t read yet? Let me know in the comments!