Traversing Chapters > Reviews > The Bear and the Nightingale – Review

The Bear and the Nightingale – Review 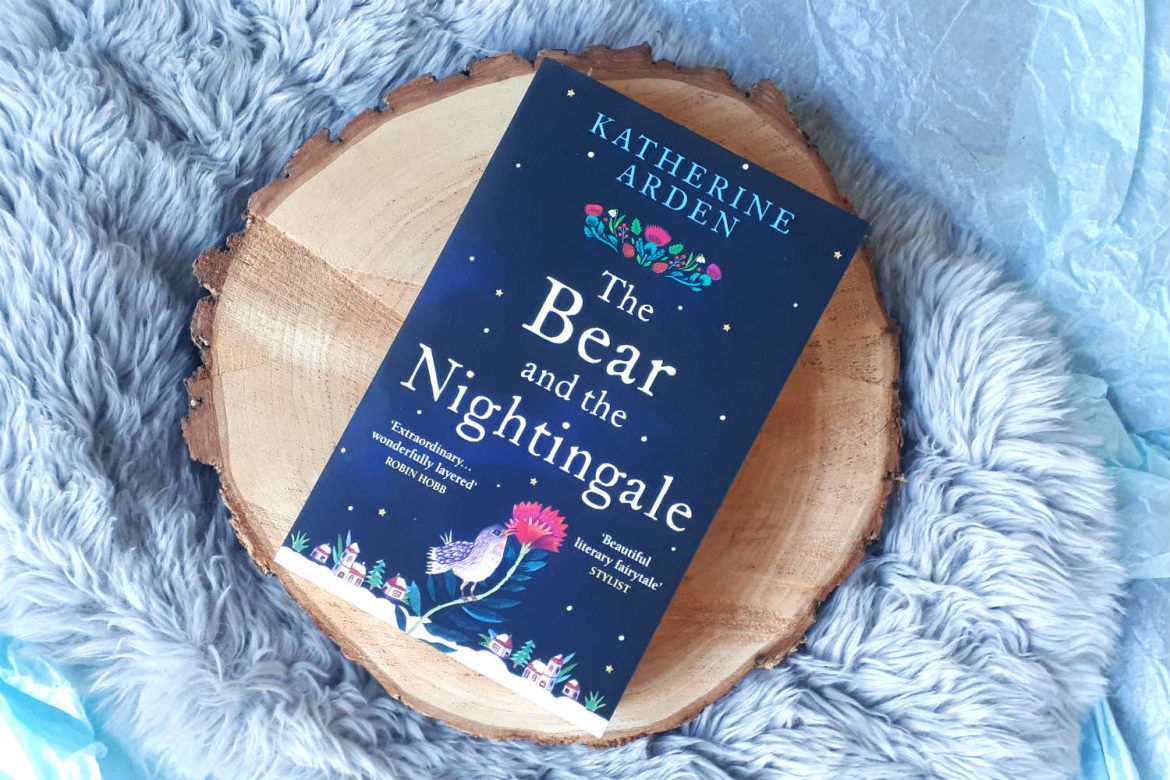 Hi everyone! Am I the only one who has a reading slump after the holidays? I just can’t seem to get started… Which means I’m already behind on my reading challenge, woops! I do however still have a backlog of reviews to catch up on. Today, I want to talk about The Bear and the Nightingale, by Katherine Arden. So let’s go!

Vasilisa lives with her family at the edge of the Russian wilderness, where winter lasts most of the year. She spends those winter nights around the fire with her siblings, listening to her nurse’s fairy tales. When Vasilisa’s mother dies, his father travels to Moscow and bring home a new wife. This devout lady forbids the family from honoring the household spirits. Soon, crops begin to fail and evil creatures creep nearer. Vasilisa will have to call on dangerous gifts to protect her family.

I had this book lying unread on my shelf for months. Both because I had heard so many great things about it (which always makes me anxious to pick up a book myself) and because I felt like this book deserves to be read on cold winter nights, instead of during a heat wave.

And I was so right! This story is wonderfully atmospheric. So much in fact, that I could almost hear the snow crack under the characters’ feet and I could feel their fear of the woods.

The Bear and the Nightingale is very character-driven. So don’t expect big plot twists or action scenes. Instead, this is more of an elaborate fairy tale that flows along like a river, spanning several years.

Despite this pastoral nature, there were still some thrilling moments. I won’t go into detail here, but some of the creatures from the woods were pretty creepy. This, and the relatively slow pace, make story not unlike Naomi Novik’s Uprooted and Spinning Silver. Not storywise, because the plot lines are quite different, but in terms of atmosphere and writing style.

Vasilisa is such a great character! She’s fierce and outspoken, and knows what she wants. Which is, to her father and stepmother’s chagrin, being free instead of getting married. So yes, this book is also feminist, but without pushing this message too hard.

While The Bear and the Nightingale is officially labeled as an adult fantasy, it can certainly appeal to advanced YA readers as well.

All things considered, this was a great read and one of my favourites of 2019! If you like to lose yourself in an atmospheric fairy tale, this is the book for you. And great news if you love The Bear and the Nightingale: the other books in the trilogy – The Girl in the Tower and The Winter of the Witch – are already available! *runs to the nearest bookstore*

In a village at the edge of the wilderness of northern Russia, where the winds blow cold and the snow falls many months of the year, a stranger with piercing blue eyes presents a new father with a gift - a precious jewel on a delicate chain, intended for his young daughter. Uncertain of its meaning, Pytor hides the gift away and Vasya grows up a wild, willful girl, to the chagrin of her family. But when mysterious forces threaten the happiness of their village, Vasya discovers that, armed only with the necklace, she may be the only one who can keep the darkness at bay.