The Bells: Great Balls of Fire 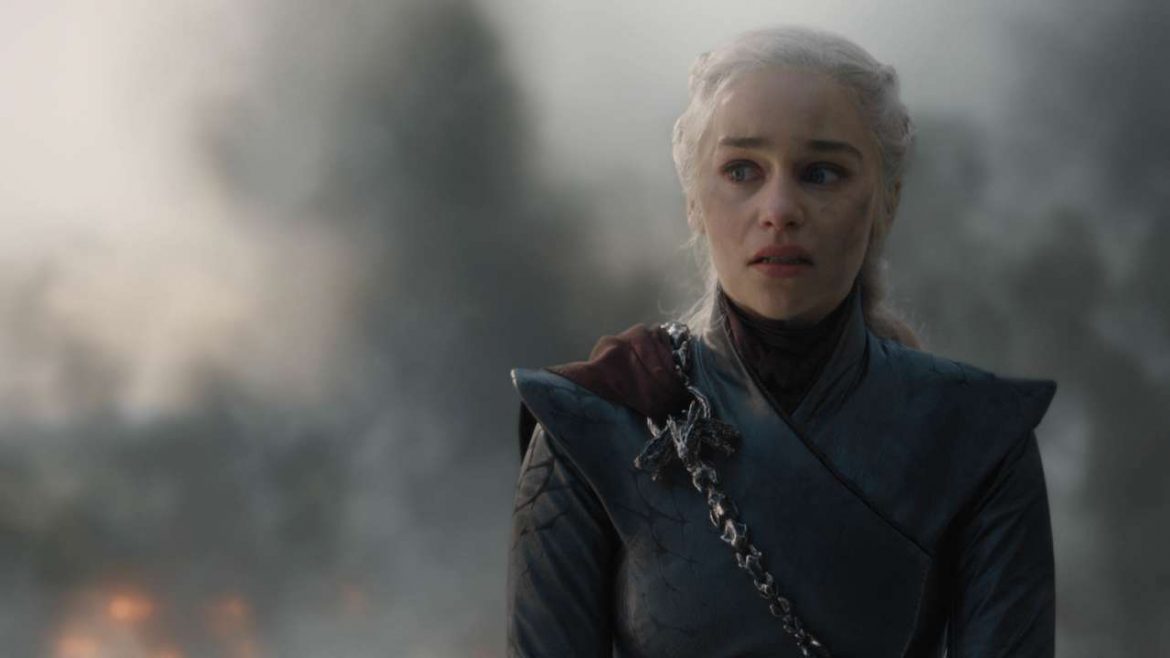 Yes, we’re doing this again. There’s just so much about Game of Thrones I want to talk about, so indulge me. And after next week, it’ll all be over anyway. So let’s strap in and discuss The Bells!

Let me start by saying this: I do feel bad for all those kids whose parents named them Daenerys, Dany or Khaleesi. Yikes, that’s going to be awkward…

Seriously, Dany… WTF… Yes, she’s always been impulsive and had the tendency to burn her enemies. But her advisers managed to talk sense into her and she never targeted innocent people (remember how she chained two of her dragons after they killed a little child?). This sudden turn didn’t make a lot of sense. Not the fact that it happened, but the way it happened. Why now? Why this way? Was it her grief for Missandei and Rhaegal? But she suffered losses before and never lashed out this way. This turn was better foreshadowed in the books though. The seeds were always there, and in the chapters from her point of view we see how her mind works.

In the series Dany was always lauded as the saviour and her actions were whitewashed (she crucified people, but only the “bad ones”; she burned Randyll Tarly, who refused to bend the knee,…). Which is why many people wanted her to end up on the Iron Throne. And the way the last two seasons are rushed, there just wasn’t enough time to properly set up this turn. I wanted a slow spiralling into madness with a tipping point, not this seemingly PLOT TWIST DUN DUN DUN stuff we’ve been getting.

Then again, in the “previously…” montage, they added a few sound bites about crazy Targaryens and waking the dragon over the images of Dany watching Missandei die. Plus they had Varys repeat the line about half of the Targaryens going mad. So while there was little to no proper build-up, the last few minutes before her rampage made it incredibly obvious what was going to happen. But it’s not a good look if the “previously…” montage does a better job of showing character development than the actual episode. Why not put those “voices” in the episode instead?

Furthermore, this is what the showrunners had to say about That Moment:

“I don’t think she decided ahead of time that she was going to do what she did. And then she sees the Red Keep, which is, to her, the home that her family built when they first came over to this country 300 years ago. It’s in that moment, on the walls of King’s Landing, when she’s looking at that symbol of everything that was taken from her, when she makes the decision to make this personal.”

Inside The Episode – The Bells

Then why not just fly to the Red Keep and target Cersei, the woman who resists her and whose father and late husband were responsible for the fall of the Targaryen dynasty? Why destroy the entire city, full of people who had nothing to do with “everything that was taken from her”? Is it because she had always expected the people of King’s Landing to welcome her with open arms? To take up arms for her, against Cersei’s forces? And now, disappointed and realising the people don’t love her, she decides to burn them? I don’t know.

There is some speculation that Dany was afraid Tyrion might have betrayed her and set up a trap with Cersei. And that the bells were meant to lull her into a false sense of victory and safety. Because in season 2, in the Blackwater episode, Davos tells his son he “has never known bells to mean surrender”. But this week, you could clearly hear the people desperately shout “RING THE BELLS”. And yes, this Tyrion-Cersei-Bells scheme with the foreshadowing going all the way back to season 2 would have been clever writing. But honestly, I think we’re looking into this too much. I don’t believe the writers have rewatched the previous seasons.

It’s hard to know what was going on inside Dany’s mind, because while her actions were central in The Bells, she didn’t get a single line of dialogue after the first ten minutes, and we barely even saw her after that. Instead we got a dragon breathing fire on stone buildings that just… exploded… because of it? (Nevermind that Aegon the Conqueror’s dragon Balerion *melted* the stone towers of Harrenhal, so I don’t understand how dragonfire works in this world)

RIP Cersei, Jaime and the valonqar

Meanwhile, that other queen also didn’t get a lot of dialogue, up until the last minute before she died. Cersei mainly just stood there, staring out the window. I get that she was in shock and all that. But I’m just not happy with those being Cersei’s (and the phenomenal Lena Headey’s) final moments. I did love how she slinked past the Hound, that was hilarious!

Speaking of Cersei’s last moments… I also mourn the loss of the valonqar prophecy. As I said before, this show doesn’t seem to care about prophecies anymore. Not even the ones it did mention before, like Azor Ahai. The valonqar was never mentioned, but I had assumed we would get another flashback to Maggy the Frog’s hut to hear the second part of her prophecy.

For those of you who don’t know, Maggy’s prophecy not only spoke of Cersei having three children who would all be crowned and then die before Cersei. There was also mention of the valonqar (Valyrian for “little brother”) who would wrap his hands around Cersei’s throat and choke her. Cersei herself always thought this would be Tyrion, hence her hatred for her – literally – little brother.

But wouldn’t it have been bittersweet if the valonqar turned out to be Jaime? The twins came into the world together. Cersei first, making Jaime her little brother. I always envisioned Jaime going back to Cersei and overhearing something or both of them getting into a fight, making him strangle her – possibly dying himself in the process. It would have been poetic and it would have been a proper ending for Jaime’s story arc.

Euron and the Iron Fleet

When Jaime got seriously injured in his fight with Euron, I almost cheered. Those wounds looked lethal, so I imagined him struggling to reach Cersei, finding her, and her then rejecting him or something. Heartbroken, he would then strangle Cersei while succumbing to those wounds. Alas… So what was the point of this fight then? Jaime’s injuries didn’t impede him while looking for Cersei. And they could’ve just let Euron die in the inferno of the Iron Fleet. This was just a waste of screen time, if you ask me.

Speaking of the Iron Fleet… Why did Dany burn them now, but not last week? If it was as easy as it looked today, she could’ve done that last week as well, no? Especially since her first reaction to the slightest opposition is to dracarys the hell out of them, so you would expect her to do just that right after Rhaegal gets killed. Luckily for her the aim of those ballistas malfunctioned this week, so she could toast them without too much resistance.

And finally there was Arya’s storyline in The Bells. Cersei’s been at the top of her kill list for years. Now she traveled all the way to King’s Landing, managed to enter the city and even the Red Keep,… and then turned around and left? Why?????? Why would she turn away when she is so close? That’s not the little assassin I know. Not that I wanted her to be the one to kill Cersei, but I will never understand why she simply gave up. “But Sandor convinced her, by telling her she should let go of her thirst for revenge”. Couldn’t he have told her that a bit earlier? Like somewhere along the road from Winterfell to the South? And last episode, Arya was all “I’m not planning on coming back”, but now she immediately accepts Sandors words and turns around?

And how did she manage to survive Drogon’s great balls of fire, while literally everything and everyone else was turned to ashes or crushed by falling stones, even the people a yard away from her? I guess she wore her plot armour and that shit is fireproof. Luckily Shadowfax a random white horse showed up to help her escape the city. This was such a weird scene and no way a horse would remain that calm in the middle of such carnage. So I guess Bran helped a hand…? Will we find out next episode, or will this forever remain a mystery?

I’m so conflicted about this season. It had some great moments, especially in episode 2. But the characters and storyline clearly suffer from the rushed pace. I am already anxious about the final episode. So let’s meet again here next week to digest that one!