Traversing Chapters > Reviews > The Bird and the Blade – Review

The Bird and the Blade – Review 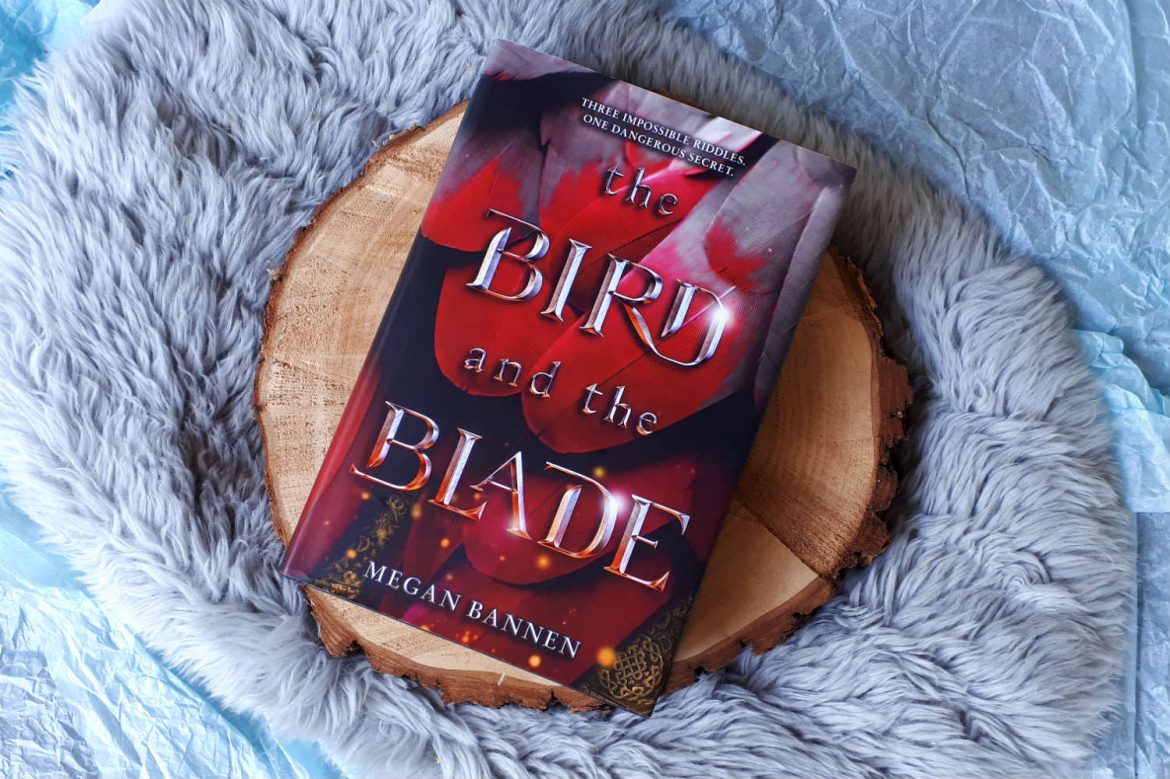 Hi everyone! What’s the weather like where you live? Here we’re about to have another heat wave… Which means it’s too hot to do anything except reading (and blogging about books). So here’s another review for you, this time about The Bird and the Blade by Megan Bannen!

Jinghua is a slave girl in the Kipchak Khanate. When the kingdom is conquered by enemy forces, she decides to help prince Khalaf and his father escape. Together, they cross the Mongol Empire. While Jinghua hatches a plan to return home, Khalaf hears about princess Turandokht, the daughter of the Great Khan. She requires potential suitors to solve three impossible riddles. If they fail, they die. Khalaf sees this as the perfect chance to get back what was taken from him, but Jinghua now has to choose between her freedom and her growing feelings for Khalaf.

You know a book is great when you can’t stop thinking about it during the day and you’re counting down the hours until you can sit down and read on.

This is one of those books.

(I’m sure this won’t surprise loyal readers of my blog. In my post looking back on the books I read in the first half of the year, I listed The Bird and The Blade as one of my favourites.)

The story of The Bird and the Blade is actually based on the opera Turandot, but you don’t have to know the opera to enjoy this book. In fact, author Megan Bannen took some liberties (which she explains in an author’s note at the end of the book) with the story, focusing more on the slave girl.

She also took some liberties with the history of the Mongol Empire. I have to admit I don’t know much about this empire and its culture (shame on me!), but this book creates such a vivid image that I want to read up on it. Bannen also cites many poems throughout the book, which is another great touch. All these things together make this book a wonderful collection of historical settings and culture.

Now, let’s talk about the story and characters. The story is told in the present (Khalaf trying to solve Turandokht’s riddles) and the past (the attack on the Kipchak Khanate and the journey across the continent). This was a bit confusing at first, but it soon became clear. I was afraid that knowing Khalaf was going to seek out Turandokht would take away some of the tension, but there were plenty of exciting twists along the way!

Jinghua was an amazing protagonist! I loved her inner voice and how she reflected on the role of women at that time. She’s also conflicted and it was fascinating to see her struggle with her choices. Khalaf is just… awww. He’s a great love interest, because he isn’t some perfect handsome bloke. He’s flawed and despite his intellect he can be incredibly naive. But that makes him interesting and more real. And finally there’s Timur! Khalaf’s father, aka the old goat, might be my favourite character of all. He’s grumpy, cranky and cynical, but his comments added some levity. “Go suck your used tea leaves” is now my favourite insult.

The Bird and the Blade is a wonderful novel with a unique setting. It was swoonworthy and heartbreaking, with interesting and flawed characters. It won’t surprise you that this book gets the full 5 stars from me! If you want to read some historical fiction (although with many liberties) set in the Mongol Empire, this might be the book for you (it’s also a standalone, so no endless series you need to catch up with).

A sweeping and tragic debut novel perfect for fans of The Wrath and the Dawn and Megan Whalen Turner. The Bird and the Blade is a lush, powerful story of life and death, battles and riddles, lies and secrets from author Megan Bannen. Enslaved in Kipchak Khanate, Jinghua has lost everything: her home, her family, her freedom . . . until the kingdom is conquered by enemy forces and she finds herself an unlikely conspirator in the escape of Prince Khalaf and his irascible father across the vast Mongol Empire. On the run, with adversaries on all sides and an endless journey ahead, Jinghua hatches a scheme to use the Kipchaks’ exile to return home, a plan that becomes increasingly fraught as her feelings for Khalaf evolve into an impossible love. Jinghua’s already dicey prospects take a downward turn when Khalaf seeks to restore his kingdom by forging a marriage alliance with Turandokht, the daughter of the Great Khan. As beautiful as she is cunning, Turandokht requires all potential suitors to solve three impossible riddles to win her hand—and if they fail, they die. Jinghua has kept her own counsel well, but with Khalaf’s kingdom—and his very life—on the line, she must reconcile the hard truth of her past with her love for a boy who has no idea what she’s capable of . . . even if it means losing him to the girl who’d sooner take his life than his heart.