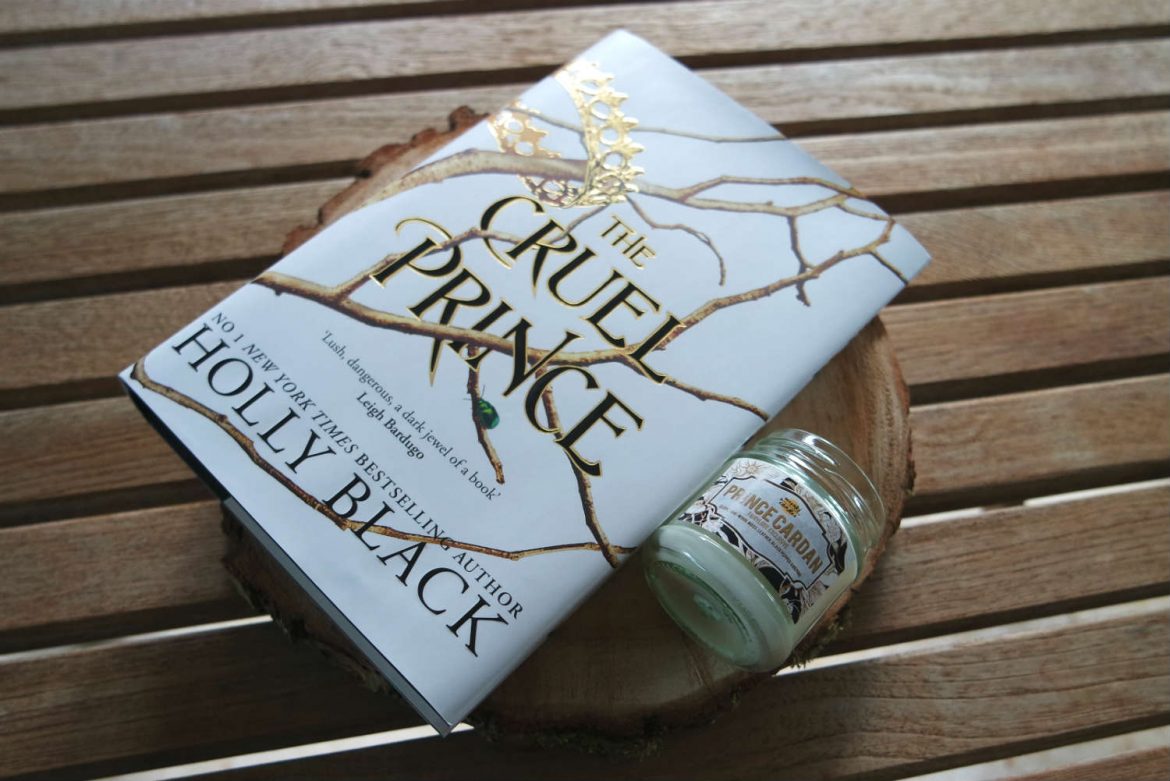 I have a confession to make: I had never before read a book by Holly Black (I know, that’s bad). But seeing all the hype about The Cruel Prince, and the fact that it’s about faeries, I knew I had to go for it.

So what’s The Cruel Prince about, you ask? Meet Jude, a young human who grew up among the fairies. She and her sisters were taken there by the murderer of her parents and raised as his own. But the Fae aren’t exactly welcoming, and especially at school Jude has a hard time fitting in. Prince Cardan and his friends like to bully her in all sorts of vicious ways.

The Cruel Prince falls apart in two parts. First you have the world-building phase, where we meet the cast and see how their relationships are. Then, once all the pieces are on the board, the real fun begins in the second part.

Personally, I was a bit underwhelmed by the first part. From an author whose nickname is “Queen of the Faeries” I had expected something a bit more… more. Don’t get me wrong, the world sounds interesting and is populated by faeries of all shapes and colours, with complicated relationships.

But there was something off with main character Jude and her bullies. It’s hard to describe, but basically the bullying felt more like what 12 year olds would do, while these characters are 17. For someone like me, who is long past the typical YA age (*cough*) this felt a bit childish. There was a subplot with a human girl named Sophie that I still don’t really see the point of. Feel free to explain it to me, because it felt like a pointless waste of time.

I found myself wondering why everyone loved this book so much, since I didn’t seem to get into it. But then the plot began to move! And wow, that totally made up for it. I loved the intrigue, the backstabbing (and frontstabbing) and Cardan became so much more interesting.

I mean, let’s be honest. When the book is called The Cruel Prince and it’s about a terribly handsome, yet brooding prince, who isn’t exactly nice to our main character, we all know where it’s headed, right? Once Jude and Cardan were thrown together by circumstance it got fun. Although I’m not sure the ship is still afloat after the ending.

That was so great. I mean, I tend to see most plot twists coming from miles away. But here it took me by surprise! Maybe I was too tired (damn you, insomnia!) or maybe it really was that unexpected, I don’t know. But I need the sequel right now!

By #1 New York Times bestselling author Holly Black, the first book in a stunning new series about a mortal girl who finds herself caught in a web of royal faerie intrigue. Of course I want to be like them. They're beautiful as blades forged in some divine fire. They will live forever. And Cardan is even more beautiful than the rest. I hate him more than all the others. I hate him so much that sometimes when I look at him, I can hardly breathe. Jude was seven years old when her parents were murdered and she and her two sisters were stolen away to live in the treacherous High Court of Faerie. Ten years later, Jude wants nothing more than to belong there, despite her mortality. But many of the fey despise humans. Especially Prince Cardan, the youngest and wickedest son of the High King. To win a place at the Court, she must defy him--and face the consequences. In doing so, she becomes embroiled in palace intrigues and deceptions, discovering her own capacity for bloodshed. But as civil war threatens to drown the Courts of Faerie in violence, Jude will need to risk her life in a dangerous alliance to save her sisters, and Faerie itself.