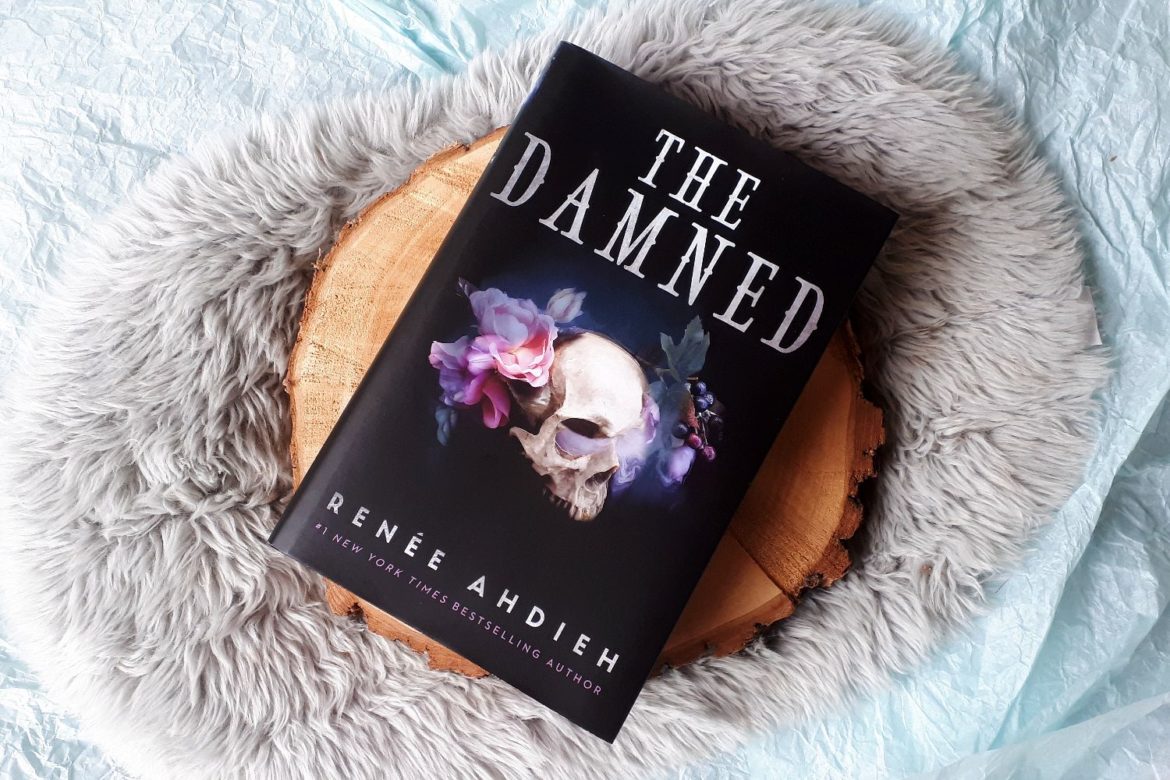 Hi everyone! How are you all doing? I am super tired and haven’t had the energy to do a lot of reading or blogging recently. But today, I’m here with a book review! The book I want to talk about is The Damned, by Renée Ahdieh. This is the sequel to The Beautiful, which I read last year. So let’s go!

Warning: This review doesn’t contain spoilers for The Damned, but it does have spoilers for the first book in the series, so just be aware of that.

After the events of The Beautiful, Celine is still recovering from injuries sustained during a night she can’t remember. Her dreams are troubled and she doesn’t know she has inadvertently set into motion a chain of events that could unveil a truth about herself she isn’t quite ready to learn. Meanwhile, Sébastien is now cursed and forever changed. The treaty between the Fallen and the Brotherhood has been broken and war seems imminent.

I loved The Beautiful and gave it 4 stars, although I was a bit confused about the factions that weren’t properly explained. I mean, it’s quite clear we’re talking about vampires and that means werewolves are lurking around somewhere as well. But I wasn’t quite sure what was going on in that finale. This all becomes more clear in this sequel, but unfortunately new issues popped up.

In the first 150 or so pages of this book barely anything happened. We got POVs from several characters who all had their own vague secrets that all set up new plot lines. And it honestly became a bit too much.

We already knew we would have vampires and werewolves and that was fine. Those factions are traditional enemies in fiction, so if you have one, you can expect the other to make an appearance as well.

But then there was a whole lot of extra mythology that made this all a bit of a mess. More creatures, more factions, with their shared history and plenty of conflicts. And while those first 150 pages barely had any interesting events happening, it all felt a bit rushed after that.

While I enjoyed the setting in New Orleans, this book took us to a whole new world and even became a bit of a quest-journey story at one point. And it’s not that I don’t like quests and journeys. But because this new setting got introduced a bit out of nowhere and wasn’t at all what I expected from this series, it all felt weird.

I also expected more steamy moments between Celine and Sébastien. Unfortunately, they spent a lot of the time apart. But the moments they did share were fun and filled with tension. I’m not too crazy about Michael’s subplot though. He was set up as the third part of the love triangle, but let’s be honest, no one believes for a second that Celine’s going to choose him over the sexy vampire.

So all things considered, I give The Damned 3 stars out of 5. There will be two more books in this series, but as of now, there’s no information about when we can expect these.

In 19th century New Orleans, Sébastien Saint Germain, cursed and forever changed, and Celine, recovering from injuries sustained during a night she cannot remember, uncover the danger around them, including their love.