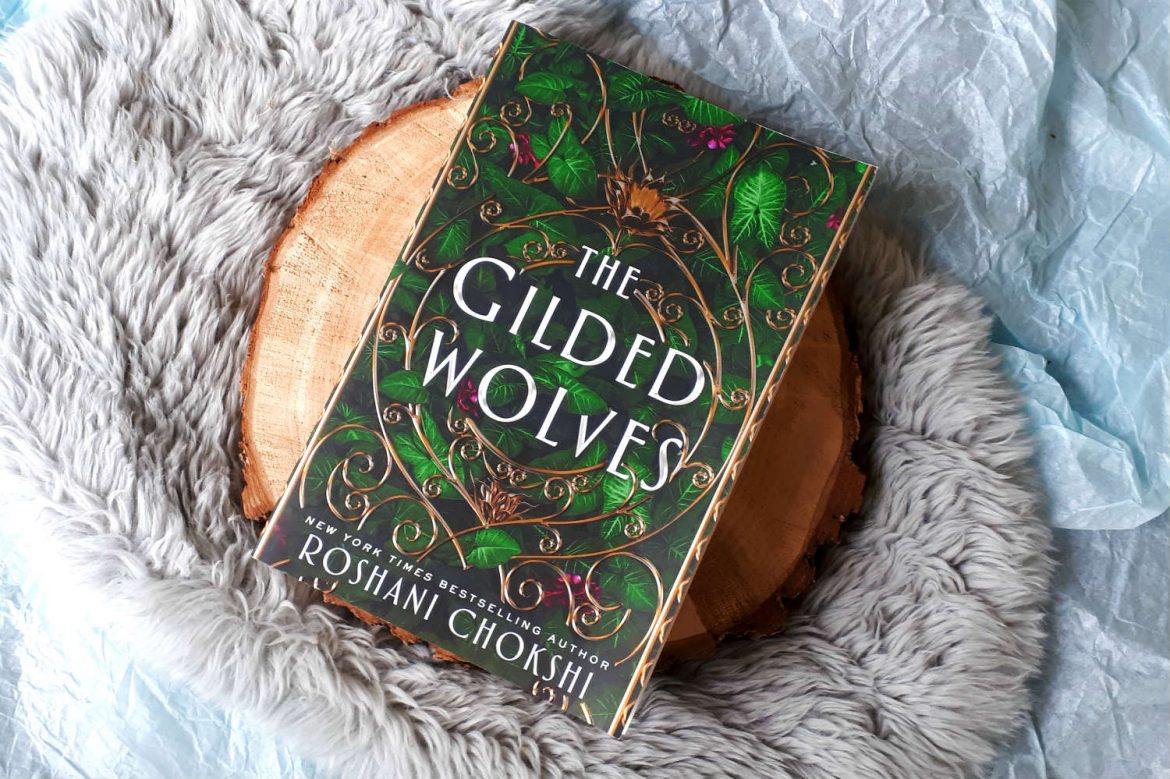 It feels like it’s been way too long since my last book review, so here I am once again to share my thoughts about a book I recently read. This time, I’ll be talking about The Gilded Wolves, by Roshani Chokshi.

Séverin is a treasure-hunter and hotelier in 19th-century Paris. When the powerful Order of Babel forces him to help them on a mission, he sees an opportunity to get hold of the biggest treasure of them all: his true inheritance. Séverin calls on his team of unlikely experts and together they begin their quest in the heart of Paris. But soon secrets are revealed that threaten the course of history.

This was such a fun read! Imagine Six of Crows mixed with The Da Vinci Code and you get The Gilded Wolves. It’s set in Paris, around the time of the Exposition Universelle in 1889. With this backdrop, we go from clue to riddle, circling ever closer to the finale. I love these puzzles so much. Granted, I don’t think I would have been able to solve them on my own, but it was fun to see these characters work together.

While the story is mainly about a quest for artifacts, it also shows the ugly side of the era with its colonialism. Yes, the Exposition Universelle was a prestigious event, with new inventions. But let’s not ignore the horrible parts of it, which included a human zoo, where Parisians could stare at a “Negro Village” (yes, that was its actual name). This is something that’s often glossed over, but this book doesn’t and I’m incredibly grateful for it.

The main characters are great, and there’s so much diversity: some are queer, others are biracial, and one character reads as being autistic (she’s brilliant at math, but not good with social interactions, sensitive to fabrics)! This is such a great cast and I loved every single of one them to bits. Their banter is the perfect counterweight to the bombardment of mythology. There’s biblical mythology, mathematics, symbology, and so much more. This could have been too heavy, but luckily the banter between the characters provides some levity.

One minor issue though: the magic system. In this book, there exists something called Forging, which is a sort of magic. But I didn’t quite understand how it worked and what its properties and limits were. And I had the same problem with the Houses, I was a bit confused about it all and their rules. But hopefully we’ll find out more in the sequel!

Because yes, of course I’ll be reading the sequel. I have to know what happens next and I want these characters to be happy (although I’m pretty sure that’s not going to happen and my heart will be broken).

*AN INSTANT NEW YORK TIMES BEST SELLER* From New York Times bestselling author Roshani Chokshi comes The Gilded Wolves, a novel set in Paris during a time of extraordinary change--one that is full of mystery, decadence, and dangerous desires... No one believes in them. But soon no one will forget them. It's 1889. The city is on the cusp of industry and power, and the Exposition Universelle has breathed new life into the streets and dredged up ancient secrets. Here, no one keeps tabs on dark truths better than treasure-hunter and wealthy hotelier Séverin Montagnet-Alarie. When the elite, ever-powerful Order of Babel coerces him to help them on a mission, Séverin is offered a treasure that he never imagined: his true inheritance. To hunt down the ancient artifact the Order seeks, Séverin calls upon a band of unlikely experts: An engineer with a debt to pay. A historian banished from his home. A dancer with a sinister past. And a brother in arms if not blood. Together, they will join Séverin as he explores the dark, glittering heart of Paris. What they find might change the course of history--but only if they can stay alive.