Traversing Chapters > Blog > The Iron Throne: And Now Our Watch Has Ended

The Iron Throne: And Now Our Watch Has Ended 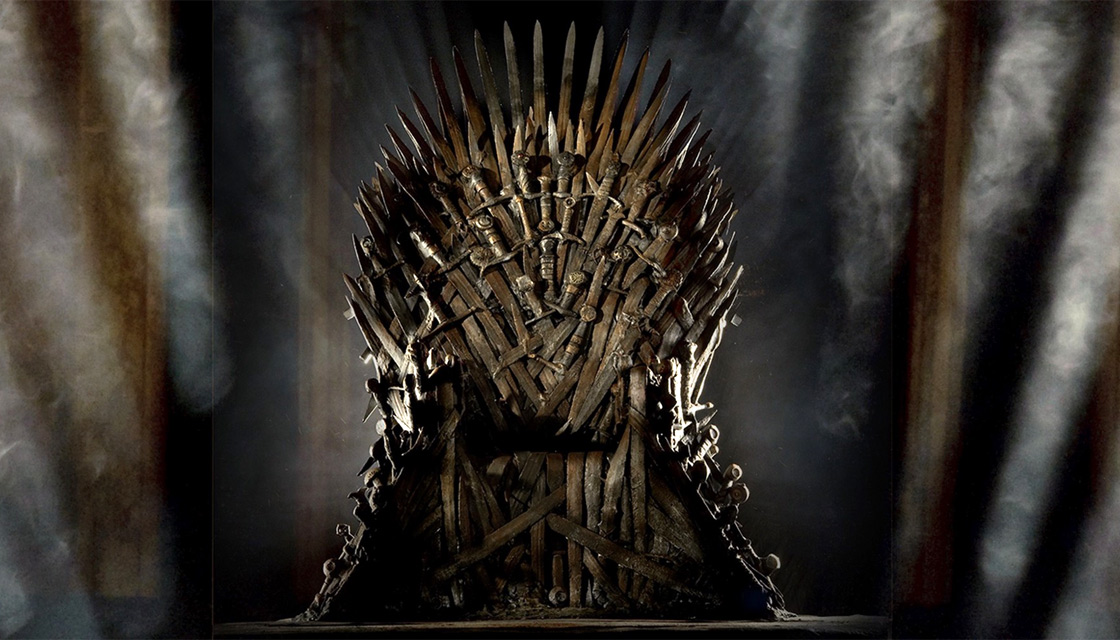 First of all, I want to apologize for this post being a bit later than usual. I’ve had a busy week and I needed time to fully digest this final episode of Game of Thrones, titled The Iron Throne. So let’s dive right in and talk about how it all ended.

The episode starts with the immediate aftermath of last week’s episode, the burning of King’s Landing. Tyrion and Jon walk through the ruins, with ashes falling down like snow. They arrive at the Red Keep, of which there is surprisingly much left. For someone who wanted to take down Cersei, it’s amazing how Daenerys targeted the innocent citizens and let the Red Keep relatively unscathed.

Dany then addresses her troops. And here I was so confused. I thought her army was decimated in the Battle of Winterfell, but there were SO. MANY. Unsullied left… Not to mention the Dothraki, who charged the Army of the Dead. It’s a bit silly that Dany’s army seemed to change size according to what was needed for maximum dramatic effect: slaughtered by the Night King to show how dire the situation was, then soldiers as far as the eye can see to emphasize Dany’s power.

What? A prophecy coming true?!

I did love Dany’s speech and the shot of her with Drogon spreading his wings behind her. That was awesome. Cheesy, but awesome. I also loved seeing the vision Daenerys had at the House of the Undying come true. The House of the what? Back in season 2, she visited the House of the Undying in Qarth and was shown a vision of herself walking towards the Iron Throne, in a throne room with snow falling down. Then, before she reached the throne, she turned away and found a tent with her dead husband and son.

Now we got to see Daenerys walk along the falling ashes towards the Iron Throne. She got to touch it before Jon killed her and in a way “reunited” her with Drogo and their son. Finally a prophecy the creators honoured. But I think they might have gotten a hint from George RR Martin about this one?

However. Dany’s ending felt a bit rushed. She burned down the city, then gave her speech to her army, walked to the Iron Throne and was killed. I assume the first thing a conqueror does – especially one who believes that specific throne was their destiny all along – is go that throne and sit down on it. So I would think not a lot of time had passed between her rampage and her death. And that’s frustrating. I mean, yes, the people of Westeros have suffered enough, but I would have liked to see it all elaborated a bit more. Now it was all wrapped up too easily. Not to mention that Jon changed his mind about Dany after just one short conversation with Tyrion. UUUUUUGGGGHHHHH…

Now if I may brag for a moment: I predicted no one would sit on the Iron Throne in the end. So thank you Drogon for being the most intelligent character in the series and recognizing that it was the Iron Throne (and the power that it represents) that corrupted Dany and led to her demise.

I did not however predict that these characters would simply elect a new king… I was all for a parliamentary democracy. Because with a new king the wheel wouldn’t be broken, right? It would just keep turning. The symbol of that power, the Iron Throne, would be gone. But the power itself would still be there.

I also found the gathering in the Dragon Pit a bit strange. Who were some of those characters? I recognized most of them, but who was that dude sitting between Sam and Edmure? Also: how many people even remembered Edmure? And that “new prince of Dorne” never got a name, it seems. The writers got so incredibly lazy with this last season.

Now, about that meeting… So Tyrion is all “oooh, stories are important, let’s pick someone who has a good story”. Yes, because leader qualities don’t matter? The continent is in ruins, shouldn’t you ask your potential king or queen what their vision is for their rule? Nope, let’s choose the boy with the fascinating story. Speaking of which… What about Arya’s story, to name just one character? She travelled to another continent to train as a face-swapping assassin and in the process turned blind. But yeah, Bran has the most interesting story.

Bow before your God-King

I mean, Bran’s story could be the most interesting one, if we ever got some proper explanation about his skills. But now I just don’t see it. I don’t understand what this Three Eyed Raven stuff is and how his greensight works.

Furthermore, I don’t think Bran is the smartest choice, exactly because of this greensight. This mysterious skill allows one to perceive events in the past, the present (across the world) and… the future. So Bran most likely KNEW what was about to happen. He must have known that Dany was about to go ballistic on King’s Landing, but he didn’t say anything. He knew she was going to kill innocent civilians, which would lead to her death, which in turn would lead to him being elected king. Remember what he said to Tyrion, when asked if he would accept the crown? “Why do you think I came all the way here?” HE FUCKING KNEW AND DIDN’T TRY TO STOP DANY.

And let’s not forget that all this means that Bran – who, by the way, ditched that council meeting to go chase the dragon instead, very responsible (yes, that’s a drug reference) – has the ability to “greensee” threats against his rule and as such can prevent assassination attempts and other plotting. He can also warg into animals and humans (remember Hodor?), giving him the ability to manipulate people. And we don’t know a lot about the Three Eyed Raven, but the previous one mentioned waiting for Bran for a thousand years. And without the Night King, this guy might still be alive. Was that because he was entwined in those tree roots, or is an increased lifespan part of the Three Eyed Raven package?

That’s all just to say that Tyrion and the others have just crowned an omniscient and possibly immortal king, who can influence events across the world and let Daenerys burn down a city. Congratulations on your new God-King!

Bran’s first decision was to grant the North independence. And that was just ridiculous. So you have these lords and ladies swearing allegiance to the new king. Sansa then goes “nope, independence, biatch”, and Bran agrees. And the other lords and ladies just remain silent?!

You’re telling me Yara Greyjoy and that Dornish Prince, two of the most rebellious regions/kingdoms of the Seven Kingdoms, don’t speak up at that point and demand the same favour be extended to them? I call bullshit.

That being said, I can live with the way the story ended for the Starks – except Bran, but whatever. And something my sister pointed out: the names the Stark children chose for their direwolves in the first season foreshadowed how the story would end for them:

This is the sort of stuff I love in books. Foreshadowing, prophecies, visions, and so on. The kind of small tidbits that make it possible to piece it all together while reading, but you probably don’t notice it until you re-read everything. This is why I fell in love with Game of Thrones/A Song of Ice and Fire.

But these last few seasons seemed to have the tagline “What’s the fucking point?” instead of well-crafted storytelling.

What was the point of…

… Varys’ letters in the penultimate episode? He was writing letters informing people of Jon’s parentage. But that wasn’t mentioned again. Those lords and ladies in the Dragon Pit were all like “aw, too bad Grey Worm doesn’t want to release him, let’s just choose another king instead”.

… Arya’s Faceless Man-training? She only used it once, to kill the Freys. Seems a bit pointless then. Fun fact: in the novels it’s another character that bakes the Freys into pies and serves them to family members. So I am curious to see how this will work out in the books.

… Jon dying? Was that solely to release him from his Night’s Watch vows? I always assumed his death would fit in a prophecy. Possibly Azor Ahai, but that would require him to then plunge his sword in the heart of his lover, Nissa Nissa, to create Lightbringer to defeat the darkness. So unless the reasoning is that Dany is both Nissa Nissa *and* the darkness that needs to be defeated, this prophecy doesn’t work. But we’ll never know, I guess.

… Melisandre being an old lady? Remember when she resurrected Jon, then took off her necklace and turned out to be an old lady underneath that glamour? We never got any explanation for that. And there was no reason for it either, as far as I can see. She could have died in exactly the same way after the Battle of Winterfell without being a wrinkly crone.

Fingers crossed for the books

I could give many more examples of story elements that turned out to be pointless, but I’ll save my energy. It’s pretty obvious that the creators had gotten bored with the series a few seasons ago and this TV behemoth dragged itself towards the final curtain. Which is such a waste.

So let’s look forward to George RR Martin’s books instead. I am well aware that he is probably stuck in a swamp of storylines and characters, and he might not see how to pull himself free and finish these books. But I still cherish hope he will do it and we get to enjoy his wonderfully epic story the way it was meant to be. I’m not saying I want a completely different ending, I just want something that is properly set up.