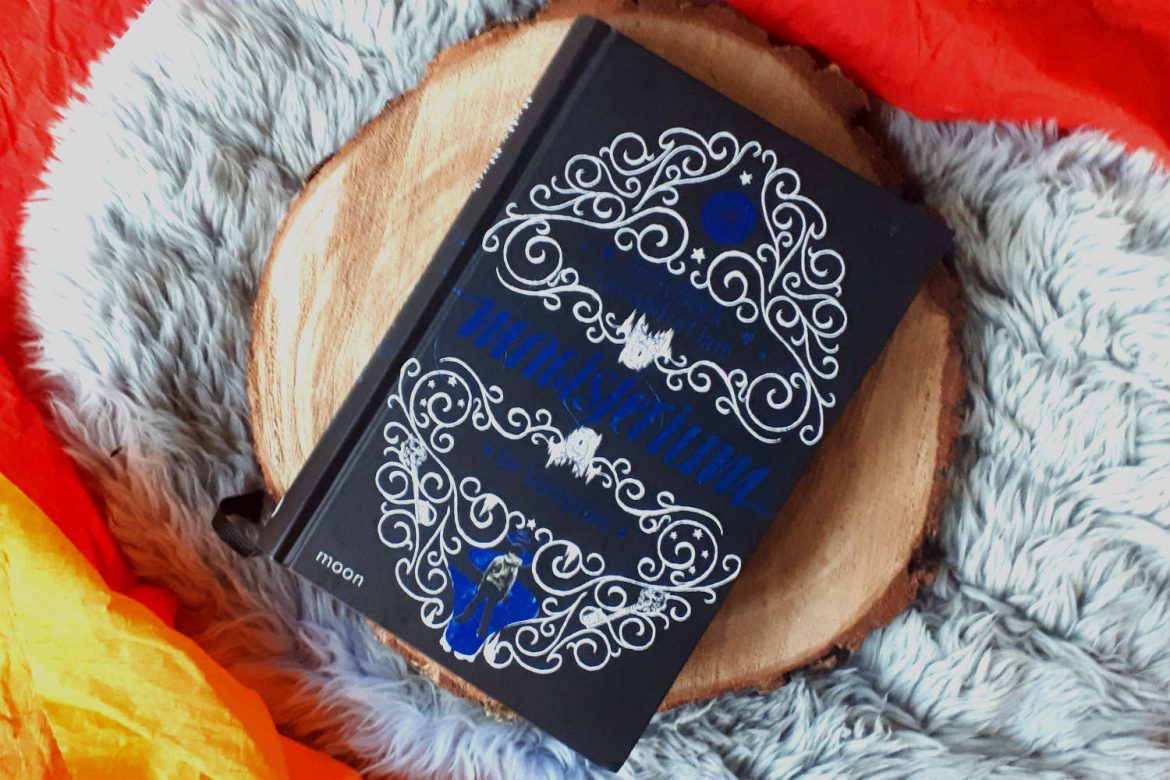 At a book fair last year, I found this black book with shiny blue letters and sprayed edges. When I took a closer look, I noticed it was written by Cassandra Clare and Holly Black. A cooperation? Haven’t read too many of those. So I decided to buy it. And then it ended up on my bookshelves, sitting there unread for a year. Oops! But now I finally picked up The Iron Trial. Was it worth it?

Callum Hunt has a clear mission: fail at the Iron Trial. Because those who succeed, are admitted into the Magisterium (a school for magic). And his father has warned him all his life to stay far away from magic. Unfortunately for him, Callum fails at failing. And so he ends up in a cave system with the sinister Magisterium.

Honestly, this wasn’t a book for me. It wasn’t bad on itself, but there was still so much I didn’t like. Some of that may have been because I read a translated version and I often find it a bit jarring to read in Dutch instead of English. So that might explain a part of my dislike.

But let’s talk about the elephant in the room: this is so similar to Harry Potter. Callum strikes up a friendship with a boy and a know-it-all girl, with whom he shares a dorm. There is of course the magic school. There are no moving staircases here, but the caves are difficult to navigate and it’s easy to get lost.

Furthermore, the villain sounds very Voldemort-esque. There was a war between the good and bad guys around the time our main character was born. And the “big plot twist” at the end wasn’t only predictable by itself, it also reminded me so freaking much of one of the main twists in Harry Potter.

Look, I know J.K. Rowling didn’t invent all these tropes either. But she put them together in a creative way. And to see so many of these same tropes combined here, just annoys me a lot. Especially since it’s not the first time Clare’s stories bear a striking resemblance to the adventures and friends of our favourite boy wizard. Remember Jace and Clary’s demon hunting careers in The Mortal Instruments?

This book of course wasn’t writing solely by Clare, she worked together with Holly Black, another popular name in YA fantasy. Now I don’t have a lot of material to compare, but here are my experiences with both of these authors. I read The Cruel Prince by Black earlier this year. While I didn’t love the first part of that book, I did enjoy the second half a lot more. On the other hand, I read the first couple of Mortal Instruments books by Clare and wasn’t impressed. So I think Clare’s writing just isn’t for me?

Anyway, back to the actual story! Which seemed very superficial… I know it’s on the younger side of the YA spectrum and I would even rate it Middle Grade instead. But still, the world didn’t feel like it was fleshed out properly. It was too flat, instead of three-dimensional. I simply didn’t care about these characters or what happened to them.

If you do love these authors’ other books, you’ll probably enjoy The Iron Trial as well. In that case, you might be glad to hear there are 4 more books in this Magisterium series and they are all available.

Warned away from magic all of his life, Callum endeavors to fail the trials that would admit him to the Magisterium only to be drawn into its ranks against his will and forced to confront dark elements from his past. By the best-selling co-author of the Spiderwick Chronicles and the best-selling author of the Infernal Devices series. Simultaneous eBook. 100,000 first printing.