Traversing Chapters > Blog > The Last of the Starks: It’s getting dire

The Last of the Starks: It’s getting dire 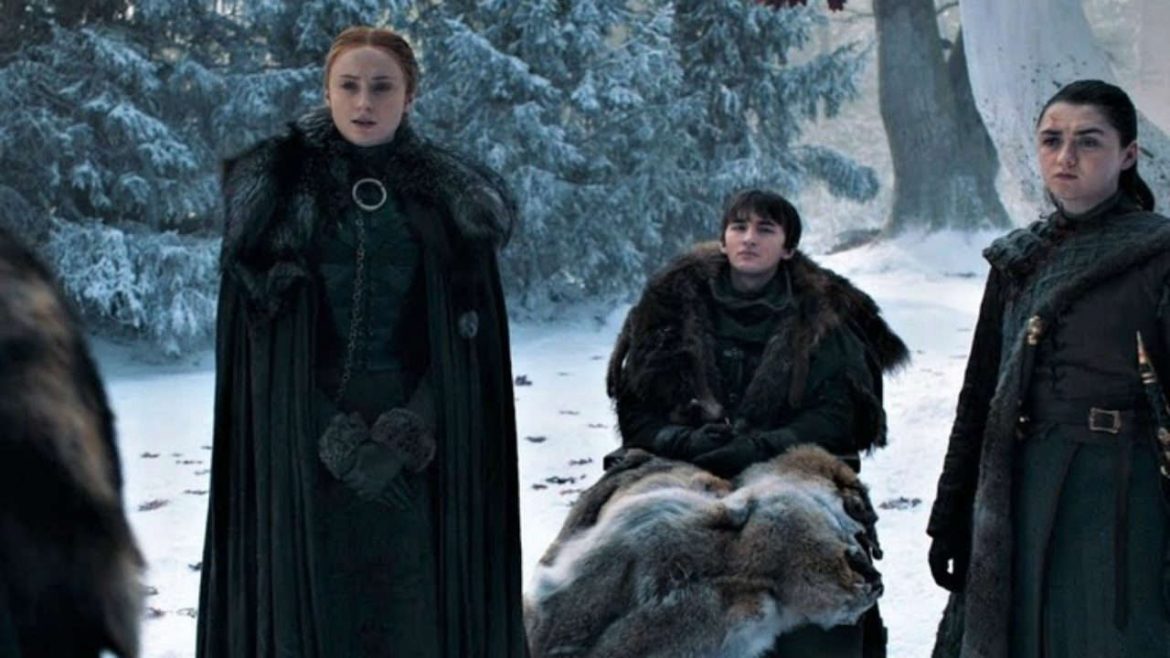 Last week, I wrote a blog post ranting about Game of Thrones’ The Long Night episode. That was supposed to be my only post about the show. But after watching this week’s episode, The Last of the Starks, I just had to write another. Because I’ve realised this:

The show runners have given up and they’re not even trying to hide that anymore.

There, I’ve said it. So let’s explore some points that bothered me about The Last of the Starks. And I’m not even going to talk about that coffee cup. We’ve all seen it by now, and yes, it’s silly, but I don’t even mind all that much.

This was something that bothered me. A. Lot. I know it probably slipped past most viewers who are not familiar with the books though, so let me explain the problem. Gendry, bastard son of former king Robert, gets promoted to a true Baratheon by Daenerys. He immediately runs off to find Arya, to tell her the news and ask her to marry him. You know, with both of them being nobility now. Anyway, in that scene he refers to himself as “no longer Gendry Rivers”. And that’s the problem. Gendry never was a Rivers to begin with.

The way bastard names work in Westeros, is this: if you’re the bastard child of a highborn parent, you get a surname based on the region you grew up in. Which is why Jon (who everyone thought was Ned Stark’s bastard) is called Snow, the bastard name of the North.

“Rivers” is the bastard name in the Riverlands. King’s Landing, where Gendry grew up, is in the Crownlands, and uses “Waters” as bastard name. Furthermore, to be entirely true to the story’s lore, Gendry shouldn’t even have a last name at all. Robert never acknowledged him and no one knew who Gendry’s father was, let alone knew that his father was highborn. And the system of bastard names is only used for bastards with a highborn parent.

So Gendry should just have been Gendry, or – I will allow for that – Gendry Waters. But never, ever a Rivers.

Yes, this is absolutely a hill I will die on.

The way this show has treated the dire wolves is ridiculous. These big doggos have never gotten the proper storylines they deserved. In the books, the Stark children have very strong bonds with their wolves. So much so that Bran, Arya and Jon occasionally warg into their wolves’ minds. In the TV show, only Bran has this skill. And while Jon has a great bond with Ghost in the early seasons, the white dire wolf disappears to the background later on.

In The Last of the Starks, Jon asks Tormund to take Ghost to a farm upstate north. Jon himself will travel south, and chances are they might not see each other again. So it’s a shame that Ghost didn’t even get a proper goodbye from the man he protected. Remember when Jon was dead? Who kept watch over his body? Exactly. So this is a downright shame.

Apparently Ghost got this treatment because of CGI considerations: “Since the direwolves are kind of CG creations, we felt it best to keep it as simple as possible,” said the director of the episode. “And I think that it played out much more powerfully that way.”

This show has never shied away from showing the dragons, having Jon pet a dragon, having a dragon watch as Jon and Dany kiss, and so on. Last week, a dead giant picked up Lyanna Mormont. But one hug between Jon and Ghost? Nah, cGi sHoUlD bE uSeD tHoUgHtFuLlY. And who cares that this was out of character for Jon anyway, amirite?

So Jon gets a fancy new dragon and immediately dumps his wolf. And then his dragon gets ballista’ed through its throat. This entire scene didn’t make sense. Daenerys was flying around on Drogon, with Rhaegal nearby. Then suddenly, Euron appears and kills Rhaegal with a few well-aimed bolts. HOW? How did Dany not see the Iron Fleet from her vantage point high in the air? And don’t tell me the fleet was hiding behind those rocks, because if there’s no line of sight, there’s also no way that bolt could’ve hit the dragon.

In the Inside the Episode interviews, the show runners literally said “While Dany kinda forgot about the Iron Fleet (…)”. I’m sorry, but whaaaaaat? You’re telling me one of the biggest obstacles standing between her and the throne just slipped from her mind? What a load of dragon dung. How did no one at that strategy meeting in Winterfell point out that Cersei might have an ambush waiting for Dany’s fleet near Dragonstone? Everyone knows both the military and personal importance of that stronghold for Dany.

Also, how did Euron know to capture Missandei to provoke a reaction from Dany? There might have been some good in-universe reason why he knew, but in the Game of Thrones I know, this would have been explained. Now it was just rushed and glossed over.

But let’s just accept that for now and move to King’s Landing. The capital of the Seven Kingdoms, surrounded by water and lush green hills and…

What happened to King’s Landing?!

Compare this shot from the earlier seasons to the one from The Last of the Starks. How is this the same location? I could understand the whole “we cut down the trees for Euron’s fleet” argument, but that doesn’t account for the flattening of the hills.

Look, I suppose this new location is better to film an army positioned in the plains surrounding the city. But in that case, they should have thought of that in the previous seasons. Now it’s just silly and it confuses the viewers.

Speaking of confusing the viewers…

I know Daenerys is one of the most popular characters in this series and many people are hoping she ends up on the Iron Throne. But hear me out: Dany has always been on the path to becoming a Mad Queen. Yes, she is an idealist and she wants to do good. But she’s a conqueror, not a ruler. Look at the cities she liberated in Essos. How did ruling go for her? Not exactly swimmingly. Furthermore, she is very impulsive and her reaction is always to just incinerate the opposition. Until now, her advisors managed to control her worst impulses, but what will the loss of two of her dragons and Missandei, and the realisation that the people in Westeros aren’t exactly waiting for her, do to her state of mind?

Her actions in this episode weren’t all that different from the stuff she’s been doing for 7 seasons. Yet now suddenly Varys and Tyrion have doubts about her fitness to rule? Really? I just don’t understand them anymore. These two have always been among the cleverest people in Westeros, but lately they just herp-a-derp along, it seems. Varys should have seen Dany’s behaviour sooner, or just keep his pie hole shut now.

And finally, a small line that made me go “a-wha…” so hard it give me a whiplash…

The new prince of Dorne

Okay, so this show has mangled the entire Dorne storyline from the books worse than the Mountain treated Oberyn’s head. The way the Sand Snakes were portrayed was a complete and utter disgrace, and the way the entire royal family was offed, still makes me angry when I think about it.

But now we know, thanks to Varys, that there’s a new prince in town. And this new Dornish prince has declared his support for Daenerys. This is all good and well. But who exactly is this new prince? Is it a Martell that managed to escape Ellaria’s scheme? In the books, prince Doran Martell had another son, Quentyn. He traveled to Meereen to meet Dany, but was barbecued by her dragons when he tried to steal them. In the TV show, no one ever mentioned this son. So maybe the show has decided to retcon him in? Or maybe it’s someone from another noble house who took over the reins in Dorne with Ellaria and the (elder 3) Sand Snakes gone.

In any case, with only two episodes left, this seems like a crazy late time to introduce a new and possibly important character… And yes, apparently an actor of “mediterranean heritage” has been cast to play “a great royal role” in the final season. So I’m pretty sure we’re going to see this new prince. But “great” role? By the time we learn his name, the show will be almost over. If this new prince ends up being the saviour/Deus ex Machina to win the Last War, I’m going to riot.

So this ended up being a way longer post than I expected, woops. And I didn’t even get to dive into Jaime’s character flipflopping back and forth, the ridiculous continent-hopping and time-warping, and other grievances I’ve had with this show for a few seasons now. I guess I’ll have to write at least a few other posts about those. Keep an eye out for them! And let me know what you think of the show – and more specifically The Last of the Starks – in the comments below!