Traversing Chapters > Reviews > The Pillars of the Earth – Review

The Pillars of the Earth – Review 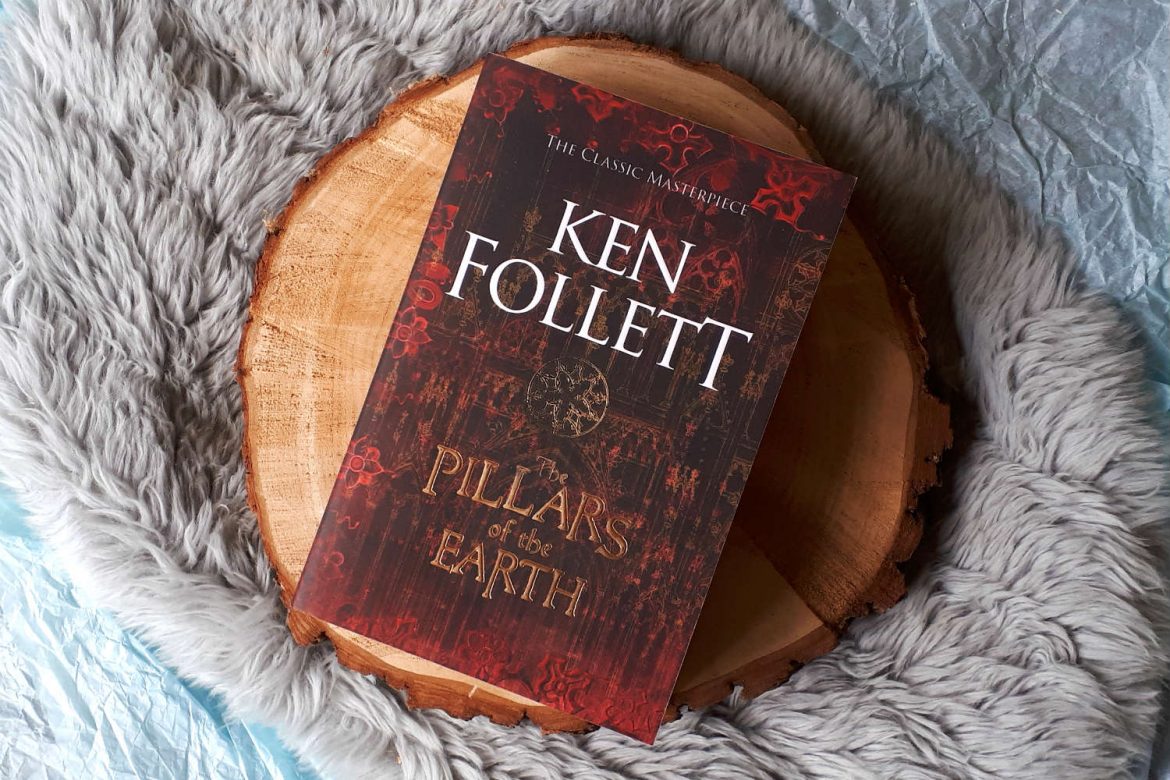 As you all know, I mainly read Young Adult fantasy novels. But every now and then, I like to switch things up and pick up a different genre. When I do, I often end up reading adult romances, or historical fiction. Today’s review is one of the latter, it’s the monumental The Pillars of the Earth, by Ken Follett!

Some of you may know The Pillars of the Earth from the TV show with Eddie Redmayne and Hayley Atwell. But for those of you who don’t (and because I always start my reviews with it), here’s what this book is about. In 12th-century England, we travel to Kingsbridge, a village with a church that has seen better days. When Tom, a master builder, arrives with his family, he and prior Philip soon discover they share the same dream: to build the biggest cathedral in the whole of England. And while the construction site is the centerpiece of the setting, it’s the people living near it that we focus on. We see how their lives change, how they fall upon hardship and how they pick themselves back up.

I’ll be honest with you, this book had been gathering dust on my shelves for over a year. At 1.000 pages, it’s pretty intimidating. Especially when you’re already behind on your annual reading challenge (which in my case is always). But the fire in the Notre Dame in Paris made me remember this book about building a cathedral, and so I finally picked it up.

And it was amazing!

Don’t expect heroes saving the world, or epic battles scenes filling dozens of pages at a time. No, this is a portrait of life in medieval England. It has monks in prayer, a young woman setting up her own business, and so on. Which is something I really enjoy reading. Not always, mind you, but from time to time. It’s a bit like a soap opera in medieval England, you might say. Just a collage of everyday life.

And like every soap opera, there’s plenty of drama. Tons and tons of it! 1.000 pages of people living in peace would be boring, so every time they celebrate a minor success, something goes wrong again. Which makes sense, since it’s a novel. But at the same time, I couldn’t help but feel bad for these characters. They were all great and I loved reading about them. Well, I say “all”, but I mean “everyone except William, he can go die in a ditch”. My personal favourites were Jack and Aliena and let’s just say these two characters didn’t get the easiest storylines…

Finally, I want to talk about the setting. As I said, the background of the story is 12th-century England. And while the main characters are “regular” people, they get drawn into the political upheaval of the period. There’s a war of succession for the English throne and those two sides play an important role in these characters’ lives. I personally spent a lot of time online, reading up on these kings, nobles and events, to get a better framework for the story. But that’s entirely up to you, it’s perfectly possible to just read the story as it is!

All things considered, The Pillars of the Earth is a clear 5 stars from me. And good news: Author Ken Follett has written two more books in this Kingsbridge series, each – obviously – focusing on the town of Kingsbridge, but at different moments in time. World Without End is set two centuries after Pillars – around the time of the Black Death-, Column of Fire is set another 200 years later – during the conflicts and power shift between Catholics and Protestants.

The Pillars of the Earth
Ken Follett
Penguin
992

In a time of civil war, famine and religious strife, there rises a magnificent Cathedral in Kingsbridge. Against this backdrop, lives entwine: Tom, the master builder, Aliena, the noblewoman, Philip, the prior of Kingsbridge, Jack, the artist in stone and Ellen, the woman from the forest who casts a curse. At once, this is a sensuous and enduring love story and an epic that shines with the fierce spirit of a passionate age.