Traversing Chapters > Reviews > The Shadows Between Us – Review

The Shadows Between Us – Review 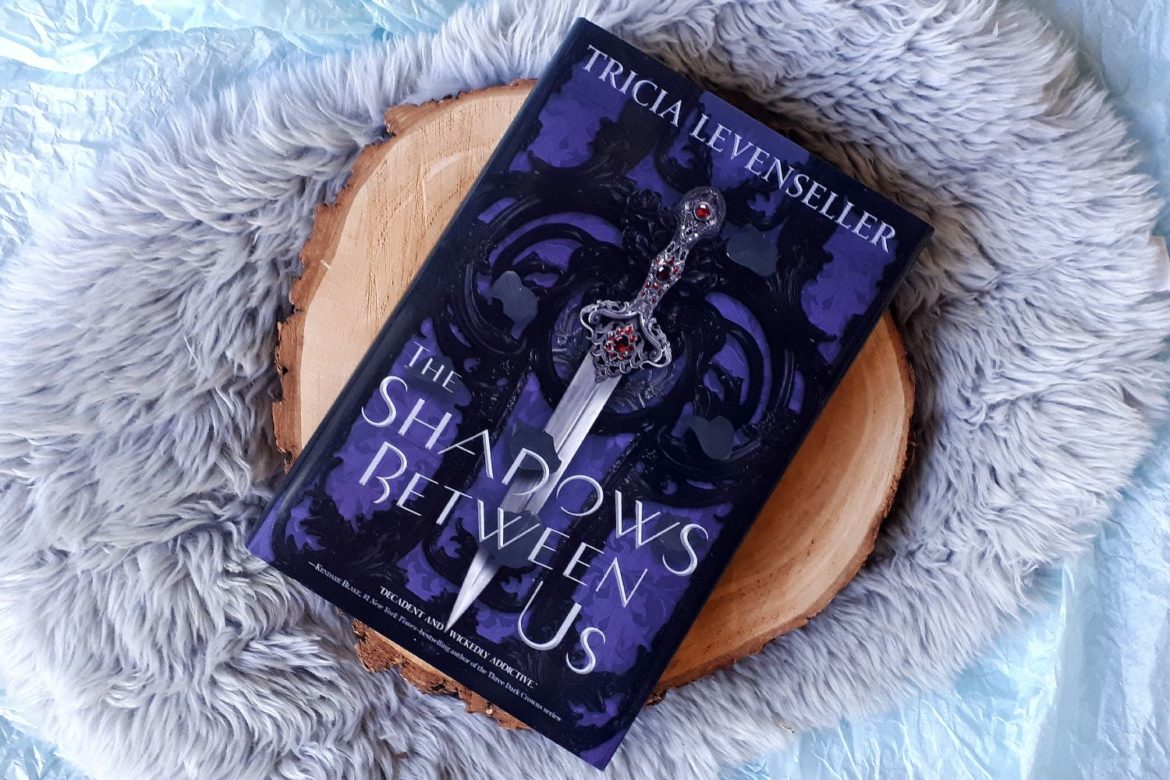 Hi everyone! How are you doing? I hope you’re safe and healthy, and surrounded by books! I’m currently working on a post in which I look back at the books I read in the first six months of the year, you can expect that next Tuesday. In the meantime, you can enjoy this review of Tricia Levenseller’s The Shadows Between Us, which was in the February Fairyloot box!

Alessandra is tired of being overlooked, but she has a plan. Woo the Shadow King, marry him, then kill him and take his kingdom for himself. No one knows the extent of the Shadow King’s power, but Alessandra will do anything she can to get what she knows she deserves. Unfortunately for her, Alessandra is not the only one trying to kill the king and she soon finds herself trying to keep him alive long enough for him to make her his queen – while struggling not to lose her heart.

I saw this book being described as the most Slytherin romance ever. It sounded extremely promising and it started off great. At first, Alessandra is a prime example of a Slytherin. She is ambitious and cunning, she is convinced that she deserves to rule the kingdom and is planning to kill to get it.

But at the same time, the way Alessandra is described is a bit of a caricature. At one point, she declares how much she hates kittens and that she doesn’t understand the point of charity, how she doesn’t understand why you wouldn’t just keep the money to yourself. I found this a very lazy way of emphasizing that Alessandra is a villain, to be honest.

The Shadow King didn’t manage to convince me either. He was supposed to be this ruthless ruler, right? But as soon as they meet, it’s obvious he’s just your standard troubled/brooding YA love interest (but with swirling shadows, oooh!). He’s just… way softer than I expected. And while I generally love soft cute guys, here I expected someone with sharper edges here.

Alessandra meanwhile is head over heels in love with him. And I don’t know how that happened. They don’t have that many deep conversations, so it seems like it’s just physical attraction…? This lack of depth not only affected their romantic feelings, but also their personal character development. I just didn’t feel it. That being said, when they did spend time together, I enjoyed their interactions!

Furthermore, the world-building was also practically non-existent. How big is the kingdom? What’s its geography and what about the other nations? The world was very much limited to the palace itself, plus a few buildings outside the palace where the characters spend a handful of hours in total. I get that it’s a YA book, and a rather short one at that (with only 326 pages), but yeah, I missed some layers and depth here.

I did love the fact that this is a very sex-positive book! Alessandra has had numerous lovers and at no point feels shame about this. Yes, this would be a scandal in their society and some characters try to use it against her, but she stands her ground and other characters support her in this.

So all things considered, The Shadows Between Us wasn’t a bad book, but it wasn’t good either. The premise sounded interesting, but the execution left me hanging. I wanted more world-building and more character development. That’s why I rate this book 3 stars out of 5.

“They’ve never found the body of the first and only boy who broke my heart. And they never will.” Alessandra is tired of being overlooked, but she has a plan to gain power: 1) Woo the Shadow King. 2) Marry him. 3) Kill him and take his kingdom for herself. No one knows the extent of the freshly crowned Shadow King’s power. Some say he can command the shadows that swirl around him to do his bidding. Others say they speak to him, whispering the thoughts of his enemies. Regardless, Alessandra knows what she deserves, and she’s going to do everything within her power to get it. But Alessandra’s not the only one trying to kill the king. As attempts on his life are made, she finds herself trying to keep him alive long enough for him to make her his queen—all while struggling not to lose her heart. After all, who better for a Shadow King than a cunning, villainous queen?

fantasy, romance, the shadows between us, tricia levenseller, young adult