The Smoke Thieves – One long introduction 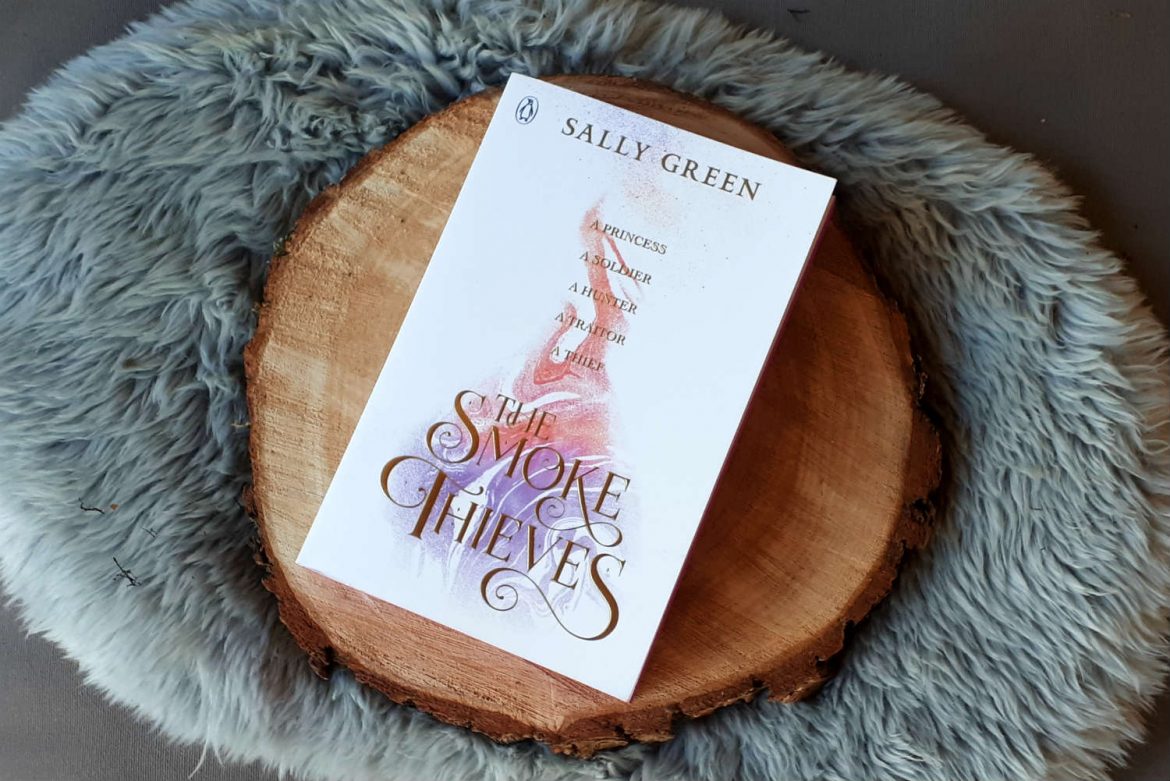 Hi everyone! Good news: I think I might reach my reading goal for the year after all! After a reading slump during the summer, I’m now flying through my TBR. Which also means I have more books to review. So let’s get started with The Smoke Thieves by Sally Green. This book sounded really exciting back when I made my list of recommendations for May. But did it live up to that?

In The Smoke Thieves we follow five young people. Princess Catherine is preparing for a loveless political marriage arranged by her tyrannical father. Her guard Ambrose, who is in love with her, faces execution because of treason and has to flee. In one of the other kingdoms, servant March seeks revenge on the prince who betrayed his people. Across the sea, Edyon steals whatever shiny object he can get his hands on. And finally there’s Tash, who acts as bait for the demons that she hunts.

We constantly switch between these five characters. Their storylines start at completely different places (except Catherine and Ambrose), and while some characters meet each other rather soon, it isn’t until the very end that it becomes clear how these subplots are connected. But because we keep jumping around and the book is only about 490 pages long, it feels like each character’s storyline doesn’t progress all that much.

It’s also hard to connect to any of the characters, because by the time you’re starting to get pulled back into their POV, BAM!, back to another character! This made it hard for me to care about any of them. There are two romances developing, but I never felt anything. Both romances mainly consist of the characters swooning over their respective love interests. Ugh, we get it, he’s hot, now do something plot-related!

Furthermore, this book is called The Smoke Thieves, referring to the dying breath of demons that Tash hunts. One vial of this smoke gets stolen, but other than that, there’s not a lot of “smoke thievery” going on. It’s just a rather generic set-up for a fantasy series.

All in all, this was just one big introduction to this world. The pieces are now more or less set on the board, but we’ll have to read the next book in the series to see how they move. I’m not ready to give up on this series yet, because I want to know more about these demons and their smoke. But I hope the next book, The Demon World, will have more action and actual plot happening than The Smoke Thieves. Guess we’ll have to wait till August next year to find out!

In Brigant, Princess Catherine prepares to marry a man she's never met, while her true love, Ambrose, faces the executioner's block. In Calidor, downtrodden servant March seeks revenge on the prince who betrayed his people. In Pitoria, Edyon stands at a crossroads : family and fortune, one way ; destruction, the other. And in the barren northern territories, Tash is facing her demons - literally. As the kingdoms' alliances shift and shatter, these five young people find their futures inextricably linked by a mysterious bottle of demon smoke, and by the unpredictable tides of war. Who will rise, who will fall, and who will unlock the secrets of the smoke ?