Three Dark Crowns – Not the intrigue I was hoping for 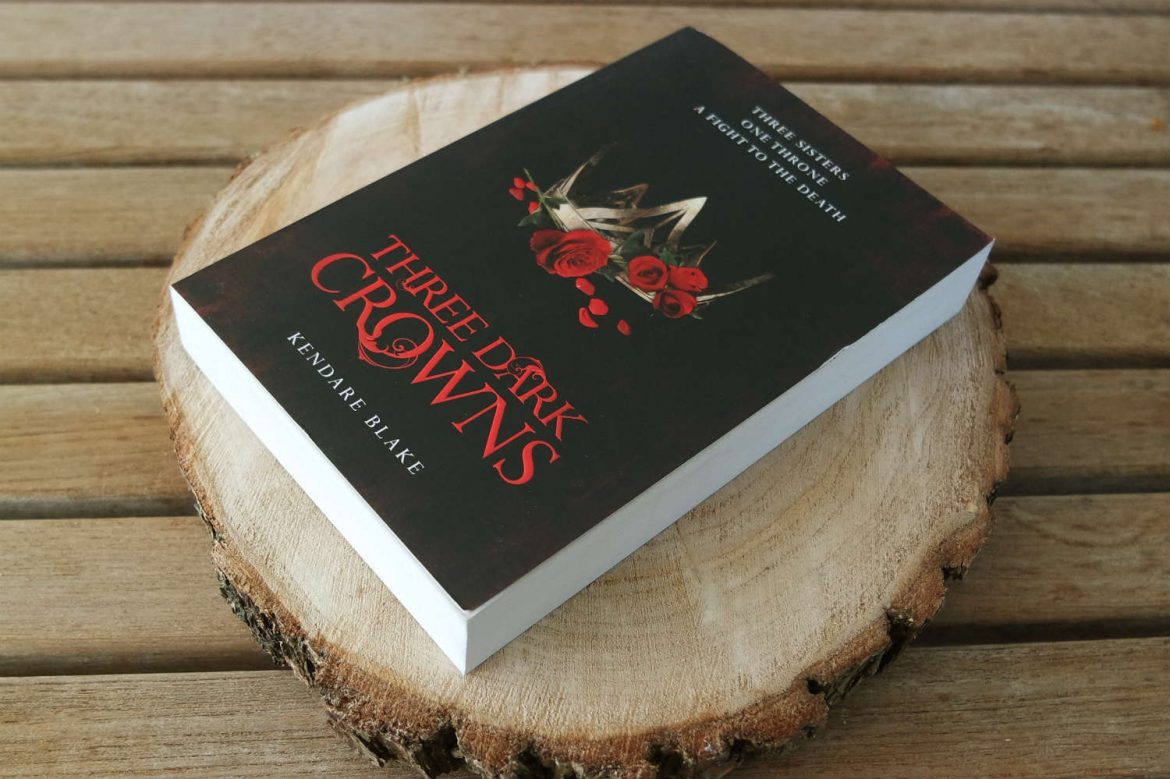 Three young queens are born, yet only one of them can rule. The three sisters have to use their magic abilities to kill each other. Sounds deliciously gruesome and intriguing, right? But can Three Dark Crowns deliver?

On the island of Fennbirn, the ruling queen gives birth to triplets. Three young queens, with their own magic gift, who will have to fight each other for the crown. Mirabella controls the elements; Katharine not only crafts deadly poisons, but is herself resistant to them; and Arsinoe can make flowers bloom and call animals to obey her. When the three queens, who are each raised in different parts of the island, turn 16, their quest for power truly begins. Who will be victorious, and who will die?

The first thing I noticed when I picked up Three Dark Crowns, was the fact that it was written in 3rd person present tense. We hop from one point of view to the other, which gives us some insight in the young queens and their friends. But the present tense felt a bit strange at times. I’m not used to reading books in present tense, so it kept distracting me from the actual story.

The story itself sounds promising. Three sisters with magic who have to fight for the crown? Bring it on! Unfortunately, the intrigue you would expect with a synopsis like that, is lacking. Instead, we get to know the girls during their daily lives. Preparing for the task that awaits them, yes, but mainly falling in love with their respective love interests.

Other than one brief encounter about halfway in the story, the three queens don’t meet until the finale, when they each have to present themselves and their powers in front of their suitors and the people of Fennbirn. I understand that you need to set up the main characters and introduce them properly, but here it felt like it took forever to get some actual plot movement.

The story was at times a bit predictable. I guessed the plot twist that literally forms the last sentence of this book after reading only a handful of chapters. To be fair, this twist makes the rest of the series sound extra interesting. But it’s a bit frustrating that you first have to read a book of 400 pages in which barely anything noteworthy happens.

All things considered, I give Three Dark Crowns 3 stars. It sounded very promising, but failed to deliver. I’m hoping the second part, One Dark Throne, can make up for that with the plotting, scheming and killing I was expecting, but I have to admit I’m not in a hurry to find out after reading this one.

In every generation on the island of Fennbirn, a set of triplets is born: three queens, all equal heirs to the crown and each possessor of a coveted magic. Mirabella is a fierce elemental, able to spark hungry flames or vicious storms at the snap of her fingers. Katharine is a poisoner, one who can ingest the deadliest poisons without so much as a stomach-ache. Arsinoe, a naturalist, is said to have the ability to bloom the reddest rose and control the fiercest of beasts.But becoming the Queen Crowned isn't solely a matter of royal birth. Each sister has to fight for it. And it's not just a game of win or lose . . . it's life or death. The night the sisters turn sixteen, the battle begins.The last queen standing gets the crown.Three Dark Crowns is a heart-stopping fantasy from Kendare Blake, acclaimed author of Anna Dressed in Blood.