To Best The Boys – Review 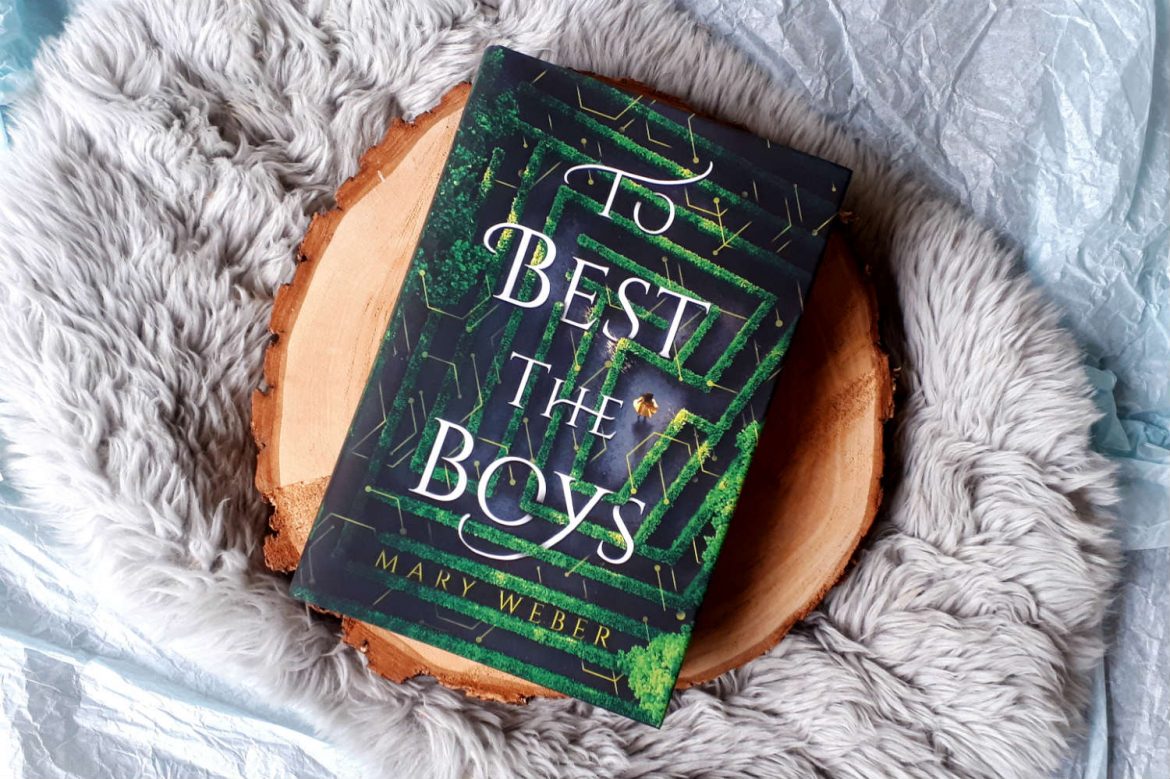 Hi everyone! I hope your week is off to a great start! Am I the only one who gets extra excited about reading in the fall? It’s grey and rainy outside, perfect for sipping piping hot tea while curled up with a book. And I better do that a lot in the next few weeks, because I’m once again behind on my reading challenge… Speaking of my reading challenge, I want to talk about To Best The Boys by Mary Weber, a book I read a few weeks ago. So let’s get to it, here’s my review!

Each year, the residents of Pinsbury Port receive a mysterious letter inviting all eligible-aged boys to compete for a scholarship to an all-male university. For the poor, it’s a chance to see their sons escape poverty, while the rich mainly hope their sons survive. Rhen, a 16-year old girl, dreams of becoming a scientist and finding the cure to the deadly plague that has infected her mother. Desperate, Rhen tries her luck and disguises herself as a boy to enter the competition. But not everyone will survive the dangerous maze.

To Best The Boys was the featured book of the Fairyloot box in March of this year. And while it sounded interesting, it still ended up sitting on my shelf for weeks and even months. But then I finally picked it up and wow, I am angry at myself for not reading it sooner! I had such a blast with this book!

Rhen and her cousin Seleni are such great characters. They are quite different, but make a strong team and I loved both of them to bits. Beryll and Lute were fun to read as well. Again, these two boys had very different personalities, but both were such sweet cinnamon rolls! The world needs more of them, if you ask me.

As you might expect, this book has a very outspoken feminist message, and it keeps coming back to it. I suppose it might be a bit too on-the-nose for some people, especially if you like your themes and messages to be woven into the story more subtly. But it didn’t bother me at all, and I am honestly happy with all these YA fantasy stories about feminism. It’s an important message to show young people – girls AND boys!

What I especially like about To Best The Boys is how it emphasizes choice. As long as it’s your own decision, it shouldn’t matter whether you pursue a career or want to take care of your family. All too often, in fiction and real life, we are told we *have* to have a career and we’re looked down upon if we say that’s not our main goal in life. The most important thing is that you get to decide about your own life. And that’s something that this book points out. So thank you, Mary Weber!

Now let’s talk about the story. The blurb mentions the competition in the maze, but it takes about 150 pages before we actually enter the Labyrinth. First, we are introduced to the characters and their relationships. This perfectly sets up the pieces for the events in the Labyrinth. Personally, I love both fast-paced action and the slower character development, so I had fun with both “parts” of this book. But I can imagine if you pick this up for a Hunger Games-like competition, you might get a bit impatient while reading the first 150 pages.

As much as I liked the story and characters, I was confused about the setting. The characters repeatedly mention sirens and ghouls. And these creatures even make an appearance. What’s up with them? Why are they here? What purpose do they serve in the story? I have no idea…  Furthermore, the ending feels a bit rushed. Not every subplot gets resolved at the end and there’s even a major plotline that is left wide open. It’s weird to be left hanging like that, considering this is a standalone. So it’s 4 stars instead of 5 from me for To Best The Boys.

The task is simple: don a disguise. Survive the Labyrinth. Best the boys.

In a thrilling new fantasy from the bestselling author of the Storm Siren Trilogy, one girl makes a stand against society and enters a world made exclusively for boys.

Every year for the past fifty-four years, the residents of Pinsbury Port have received a mysterious letter inviting all eligible-aged boys to compete for an esteemed scholarship to the all-male Stemwick University. The poorer residents look to see if their names are on the list. The wealthier look to see how likely their sons are to survive. And Rhen Tellur opens it to see if she can derive which substances the ink and parchment are created from, using her father’s microscope.

In the province of Caldon, where women train in wifely duties and men pursue collegiate education, sixteen-year-old Rhen Tellur wants nothing more than to become a scientist. As the poor of her seaside town fall prey to a deadly disease, she and her father work desperately to find a cure. But when her mum succumbs to it as well? Rhen decides to take the future into her own hands—through the annual all-male scholarship competition.

With her cousin, Seleni, by her side, the girls don disguises and enter Mr. Holm’s labyrinth, to best the boys and claim the scholarship prize. Except not everyone is ready for a girl who doesn’t know her place. And not everyone survives the deadly maze.

Welcome to the Labyrinth.