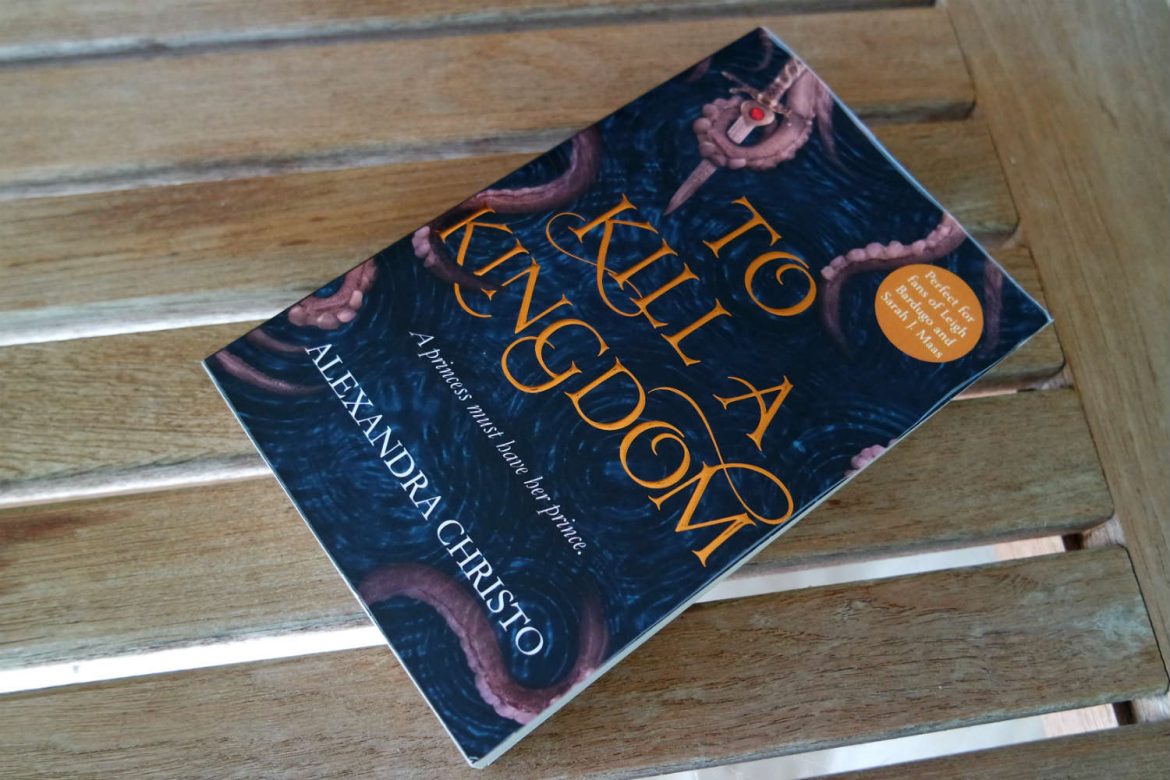 If you’ve been following my reviews, you probably know that there are a bunch of fairy tale retellings out there. We’ve had Beauty and the Beast, Cinderella, Red Riding Hood, Rapunzel and Snow White. But lately it seems Little Mermaid retellings are quite the rage. To Kill a Kingdom is one of them, but is it good?

To Kill a Kingdom ticks all the boxes you would expect: a mermaid (or in this case a siren), daughter of the ruler of the seas, is changed into a human and loses her voice (here she only loses her siren song). She then meets a human prince, and the villain of the story is a tentacled witch.

But if you think this story might be too childish, you’re mistaken. Lira, the siren, is a ruthless killer. She collects the hearts of human princes, one for every year she’s been alive. But when she breaks the rules set by her mother, the Sea Queen, she punished and changed into a human. Lira is rescued from the ocean by prince Elian, who would rather be roaming the seas hunting sirens than being all prince-y. He of course doesn’t know who she is, but she might be the only one who can help him in his quest to destroy the Sea Queen.

I love how bloodthirsty Lira is. She’s ferocious and strong, which is just the way I like my protagonists. Elian isn’t exactly a nice little lamb either, but what most defines him, is the bond with his crew. He might be a prince on land, but on board of his ship, he is one of them. The banter in this book is great and made me smile.

The plot itself is quite predictable. There aren’t any big plot twists that turn things upside down. This didn’t really bother me, because stories with too many twists can be exhausting. To Kill a Kingdom flows along nicely and pretty even.

In the book, characters mention the existence of 100 kingdoms, yet we only see a handful of them. And what we see of these kingdoms, is usually only the harbour. This makes the world feel small and unfinished in a way, because we are teased with this promise of a vast world. The book is a standalone, but author Alexandro Christo did mention there might be short stories in the future, so we might get a glimpse of the other kingdoms as well. I’m already looking forward to that!

This is the first retelling of The Little Mermaid that I picked up. There are plenty of others out there at the moment, but I can really recommend To Kill a Kingdom if you like sarcasm, pirates and stab-stab-stab princes and princesses!

Princess Lira is siren royalty and the most lethal of them all. With the hearts of seventeen princes in her collection, she is revered across the sea. Until a twist of fate forces her to kill one of her own. To punish her daughter, the Sea Queen transforms Lira into the one thing they loathe most—a human. Robbed of her song, Lira has until the winter solstice to deliver Prince Elian’s heart to the Sea Queen or remain a human forever.

The ocean is the only place Prince Elian calls home, even though he is heir to the most powerful kingdom in the world. Hunting sirens is more than an unsavory hobby—it’s his calling. When he rescues a drowning woman in the ocean, she’s more than what she appears. She promises to help him find the key to destroying all of sirenkind for good—But can he trust her? And just how many deals will Elian have to barter to eliminate mankind’s greatest enemy?