Top Ten Tuesday: Books I’ve Added To My TBR And Forgotten Why 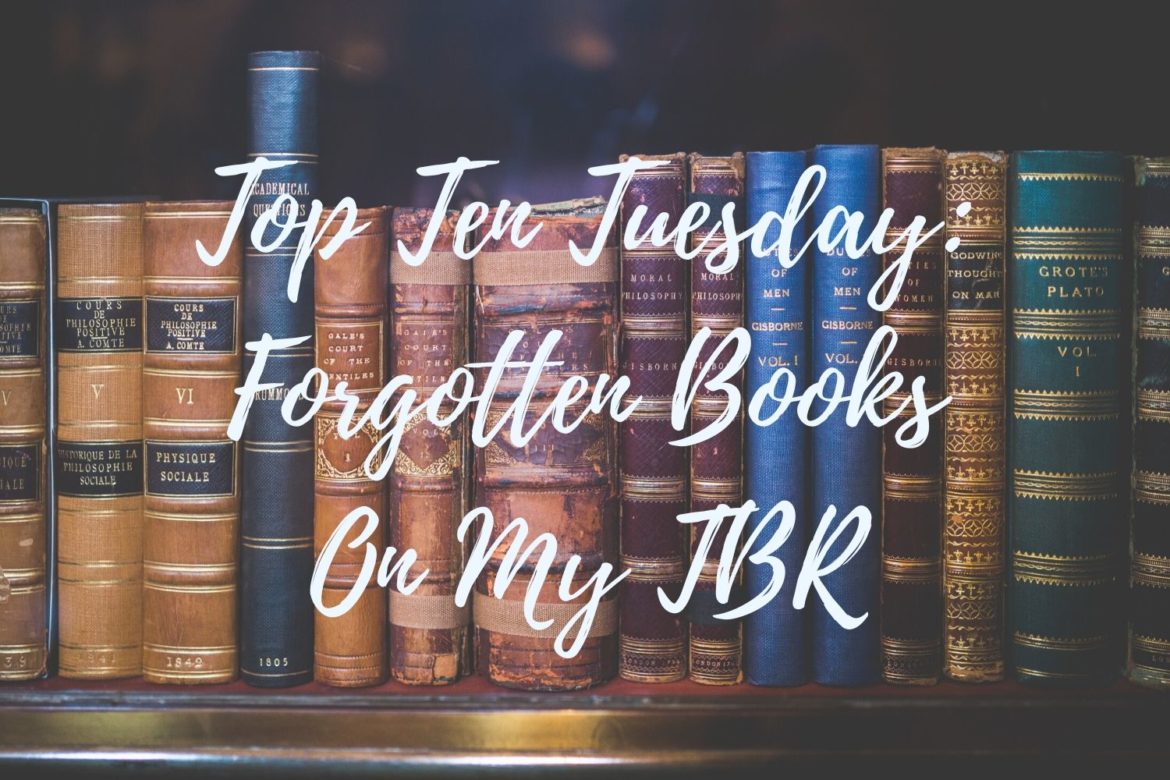 Hi everyone! It’s time for another Top Ten Tuesday, the weekly meme hosted by That Artsy Reader Girl. This week’s topic is “Books I’ve Added to My TBR and Forgotten Why”. And since my TBR list currently has 368 books on it, I’m sure I can find 10 that I’ve completely forgotten about. Specifically, I’ll pick books that don’t ring a bell AT ALL (title, author, or cover) and make me go “Huh, what’s this?” when I come across them on my list. So let’s do this, here are 10 forgotten books on my TBR list!

The synopsis is a bit long and complex to summarize here, but it’s set in the 25th century, where religion is outlawed, where all public writing and speech is labeled, and where central planners manage the endless economic and cultural competition. When a convict and a spiritual counselor stumble upon the boy Bridger, he might just be the wild card to destabilize the system. I just don’t know, I’m not excited about this…

The Blade Itself – Joe Abercrombie

This is about a barbarian, a nobleman captain, an inquisitor, and a wizard. And about conspiracies that rise to the surface, old scores that are ready to be settled, and the very fine line between hero and villain. The synopsis doesn’t mention a lot about what the actual plot could be, but these four characters actually sound intriguing. So I might have to put it higher on my list!

The Blackwood brothers from New Orleans receive a belated inheritance from their father: a staff, a pair of rogue’s bracers, and a sword. While searching for an explanation, the brothers are whisked across time and space, into a version of New Orleans ruled by wizards. To return home, they must break into the keep of a sorcerer, find the enchanted talismans, and defeat an evil wizard who can raise legions of the undead.

A Most Extraordinary Pursuit – Juliana Gray

Miss Emmeline Rose Truelove is the personal secretary of the recently departed Duke of Olympia. Now, she is sailing through the Mediterranean on a yacht, under the watchful eye of Lord Silverton. Together, they are looking for the duke’s heir, who was last seen at an archeological dig on the island of Crete. There, they are met with incidents of a violent nature and Truelove will discover the folly of her misconceptions – even about the nature of time itself. Honestly, this sounds a bit like a hot mess, a book that wants to be too much at once…?

The devil gets a last chance at redemption and negotiates a trial period: a summer holiday in a human body. The body? That of Declan Gunn, a depressed writer. But neither living nor explaining it through Gunn’s writing turns out to be as easy as it looks, and he slowly begins to learn what it’s like being us. I just realised the fictional writer’s name is a pseudonym of the author of this book. That’s just… No.

Set in a world where the Gods are dying, and where men and women awaken with strange powers. Ayae, a cartographer’s apprentice, is attacked and discovers she cannot be harmed by fire. With the help of the strange Zaifyr, she is taught the awful history of “cursed” men and women. Meanwhile, the saboteur Bueralan infiltrates the army that is approaching her home to learn its terrible secret. The premise doesn’t sound bad, but I’m not incredibly excited either… Which is probably why I had forgotten about this book.

An Alchemy of Masques and Mirrors – Curtis Craddock

The setting: a steampunk world. Princess Isabelle des Zephyrs is about to be married to a prince she has barely heard of. Isabelle believes her marriage will stave off conflict, and bring her opportunity and influence. But the last two women betrothed to this prince were murdered, and a sorcerer-assassin is bent on making Isabelle the third. Aided by her musketeer, Jean-Claude, Isabelle plunges into a maze of prophecy, intrigue, and betrayal. This actually sounds fun, especially with the steampunk-vibes!

The gods are angry. The King of Armania believes the volcanic eruptions, sinkholes, and so on, all point to their unhappiness. His son, prince Wilek, thinks this superstition is nonsense. When a messenger claims the city of Farway has been swallowed by the earth, the king sends Wilek to investigate. But what he discovers is more cataclysmic than one lost city. Can Wilek save his people and his world before the entire land crumbles? Again, this sounds interesting, so I might have to put it higher on my list.

If My Heart Could See You – Sherry Ewing

Amiria of Berwyck watches her home and clan being ripped asunder. To protect her people, she concocts ruse that quickly begins to unravel, and she soon starts to question whether she can forgive herself for betraying those she has sworn to protect. Dristan of Blackmore has a reputation to uphold as the Devil’s Dragon. Betrayed by those he believed he could trust, he must set aside his anger before he can make room in his heart for love. Amiria and Dristan are tied by an unspoken bond, but outside forces will attempt to tear apart their fragile truce. I love enemies to lovers and a good historical romance, so I have no idea why I forgot about this one…

Shadows on the Moon – Zoë Marriott

Suzume is trained in the magical art of shadow-weaving. This gives her the ability to recreate herself in any form – a fabulous gift for a girl desperate to escape her past. But who is she really? A girl of noble birth living under the tyranny of her stepfather, Lord Terayama; a lowly drudge in Terayama’s kitchen; or the most beautiful courtesan in the Moonlit Lands? Whatever her true identity, she is destined to capture the heart of a prince – and determined to use his power to destroy Terayama. It’s basically a Cinderella retelling set in a world inspired by Japan, and it tackles heavy topics if the reviews are to be believed. So why, I ask myself, had I forgotten about it?!

Which books on your TBR had you totally forgotten about? Let me know!