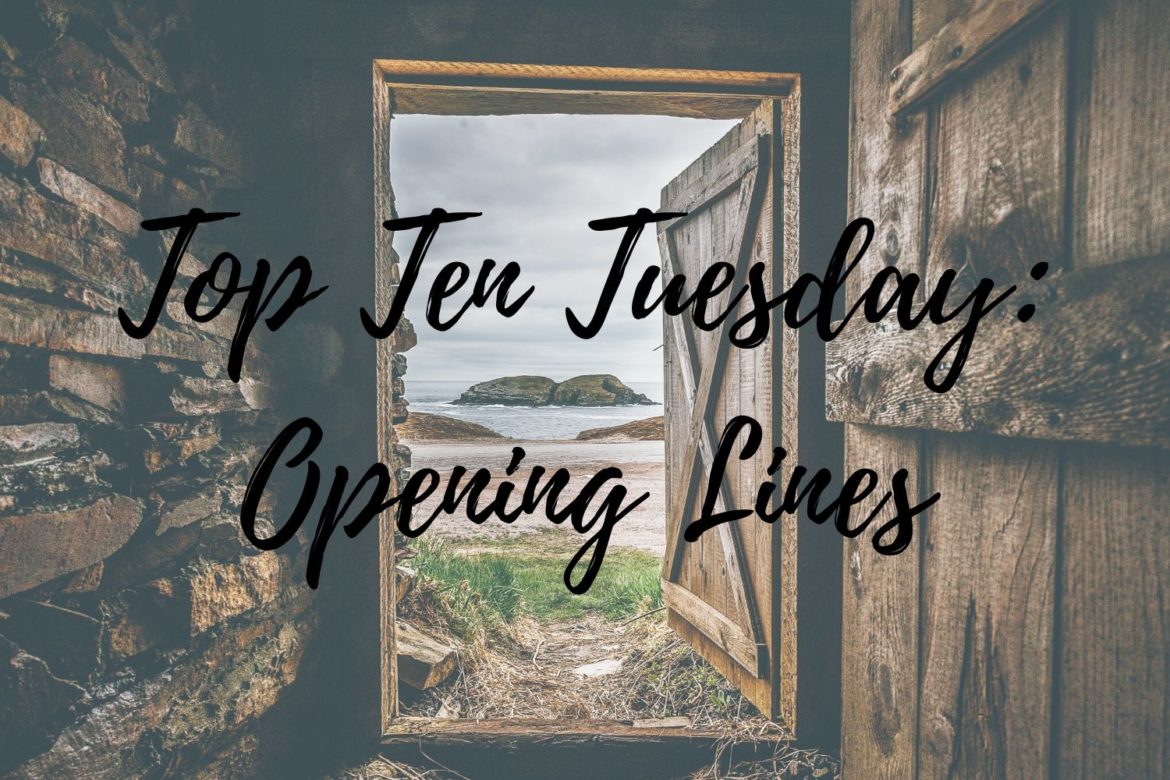 Hi everyone! I hope you’re all well. Do you ever open up a book, read the first page and immediately know you’re going to love it? That happens to me from time to time. Those initial sentences can definitely make an impact, right? This week’s Top Ten Tuesday (the weekly meme hosted by That Artsy Reader Girl) is all about opening lines. Here are some of my favourites! (Warning: slightly NSFW)

Silent in the Grave – Deanna Raybourn

To say that I met Nicholas Brisbane over my husband’s dead body is not entirely accurate. Edward, it should be noted, was still twitching upon the floor.

On the second Sabbat of Twelfthmoon, in the city of Weep, a girl fell from the sky.

Mr. and Mrs. Dursley, of number four Privet Drive, were proud to say that they were perfectly normal, thank you very much.

In a hole in the ground there lived a hobbit. Not a nasty, dirty, wet hole, filled with the ends of worms and an oozy smell, nor yet a dry, bare, sandy hole with nothing in it to sit down on or to eat: it was a hobbit-hole, and that means comfort.

Pa was taking too long to cut the boys’ throats.

Let’s start with the end of the world, why don’t we? Get it over with and move on to more interesting things.

It was all going so nicely, right up until the massacre.

People often shit themselves when they die.

“I assure you, I am perfectly capable of identifying a phallus when I see one,” Stoker informed me, clipping the words sharply. “And that is no such thing.”

What are some of your favourite opening lines in books? Let me know in the comments below! Happy reading!