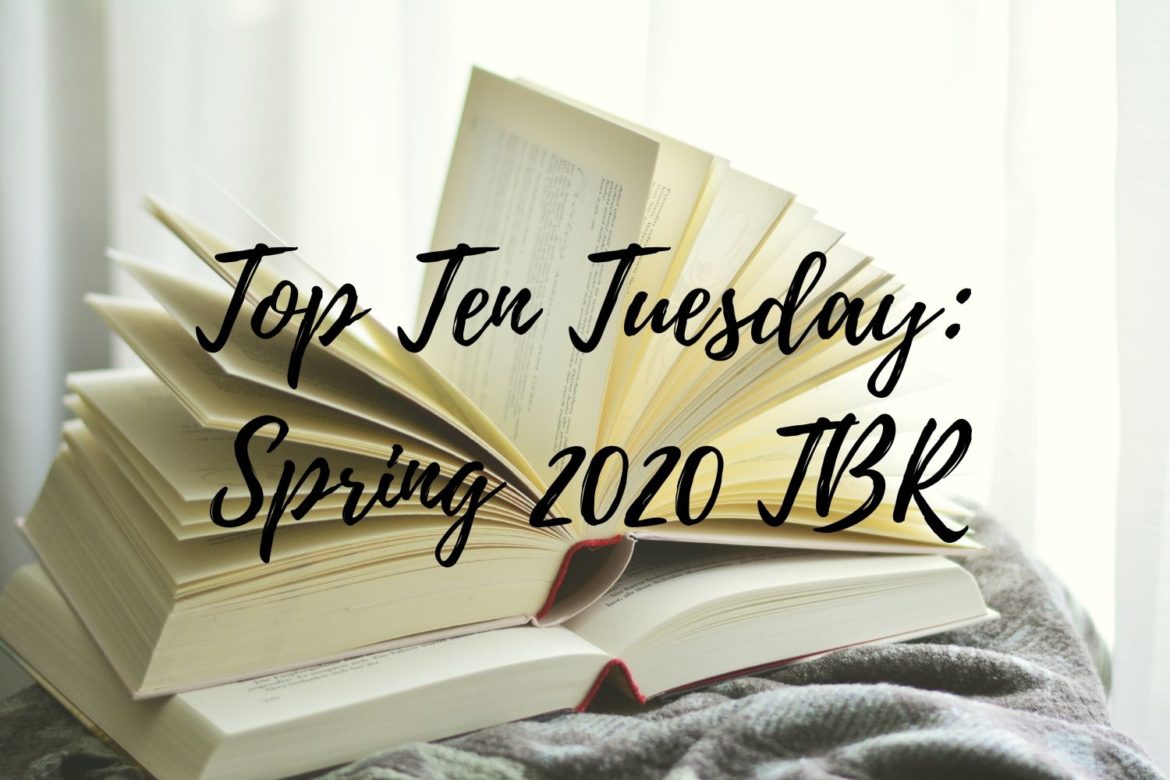 Hi everyone! How are y’all doing? I had a trip to London planned this week, but unfortunately we’ve had to postpone due to the coronavirus. Which is a bummer, because I had hoped to splurge on books in one of the city’s huge bookstores. But on the bright side, I can finally catch up with my backlog. And this week’s Top Ten Tuesday is very fitting. The prompt is “Spring 2020 TBR”. I’m not quite sure if this means books that will be published in the spring, or just books that I want to read in the upcoming months (but which may already be out for a while). I’ll just go with the latter, since that’s a great way to give you an update of my TBR shelf!

Not gonna lie, I’m Loki trash. I even named one of my cats after him. Throw in a Victorian London setting and you have my full attention.

A peasant girl gets into the most elite military school in Nikan, where she is discovers she possesses a lethal power. Can she save her people from the looming war?

We Hunt the Flame – Hafsah Faizal

A girl who disguises herself as a man to brave the cursed forest and feed her people. A prince who assassinates everyone who defies his father, the king. Both set out on a quest to uncover a lost artifact, each with their own purpose.

I have never read any of V.E. Schwab’s books, but I really want to do something about that. This story, about parallel Londons, seems like the perfect place to start. And, I mean, since I can’t go to London myself, why not read about it?

Scifi written by the same authors of the Illuminae Files, but set in a totally new universe. Featuring a squad of… not exactly the top cadets of Aurora Academy, and a girl trapped in cryo-sleep who could be the catalyst that starts a massive war.

Safi is a Truthwitch, able to discern truth from lies. This makes her the target of a Bloodwitch. While all Safi and her friend Iseult want is their freedom, danger lies ahead. WITCHES!

The Shadows Between Us – Tricia Levenseller

Alessandra knows what she deserves and she has a plan to get it: woo the mysterious Shadow King, marry him, then kill him and take his kingdom for herself. But first, she has to protect the King from other attempts on his life. This just screams Slytherin!

I know I keep talking about how much I want to read this book and it’s about time I put my money where my mouth is. Especially now that the sequel, Ruthless Gods, is coming soon. I don’t actually have a copy of this book yet, so I’ll have to order it. But it’s definitely happening!

Eight criminals are sent on a mission to kill an ancient evil in an underground realm. Two of them, Larkin and Amias, soon realize they were all chosen for a reason. And they were never meant to return.

This story is set in Inquisition-era Spain, features magic, memories, and rebels. So let’s all shout together: Nobody expects the Spanish Inquisition!

What’s on your Spring 2020 TBR? Let me know in the comments below!