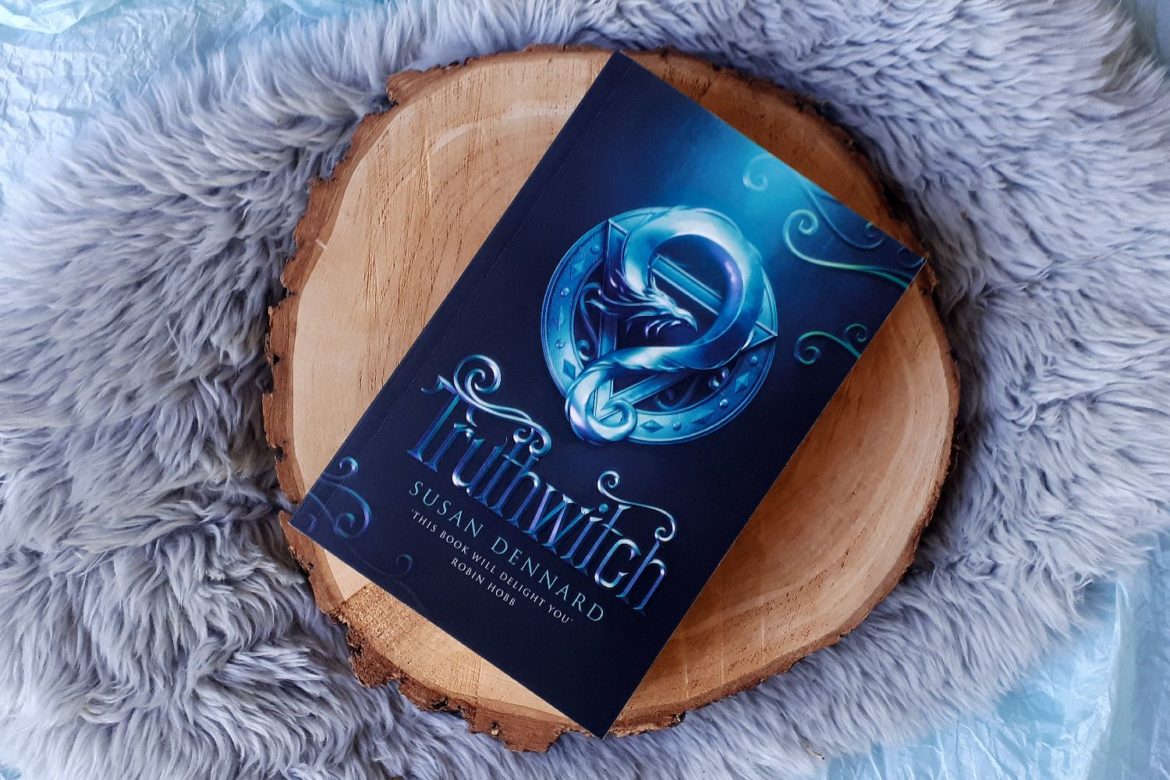 Hi everyone! I hope you’re all doing well! I’ve had a busy couple of days and didn’t get to read as much as I would have liked. But I still have a backlog of reviews to write and post here, so no worries! Let’s start with my review of Truthwitch, by Susan Dennard, which was on my Spring TBR!

After clashing with a Guildmaster and his ruthless Bloodwitch bodyguard, friends Safiya and Iseult are forced to flee their home. Safi must avoid capture at all costs since she’s a rare Truthwitch, able to recognize truth from lies. She must keep her powers hidden, or risk being used in the struggle between empires. At Court, Safi meets prince Merik and makes him a reluctant ally. But the Bloodwitch is still on their heels and some will stop at nothing to get their hands on a Truthwitch…

Soooooo… Truthwitch is not a bad book. Not at all. I had fun reading it, but it had its flaws. Let’s start with the things I liked. First of all the strong female friendship, that was great to read! Safi and Iseult make a great team, each with their own strengths and weaknesses. And Iseult had an intriguing storyline unfolding. Aeduan is fascinating as well and I enjoyed his POV chapters. There are quite a few layers to get through with him, I feel!

I also loved the pace of this book. It never grows dull and there was always some new twist, something unexpected and dramatic going on.

The world is a complex tapestry of nations (the map’s shape and some of the place names reminded me veeeerrrryyyy much of Europe, please tell me I’m not the only one who noticed that!). And while I love these different factions that are at odds with one another, it also got confusing at times. I kept mixing up the different nations for some reason.

The not so good

And it wasn’t just the political situation that had me scratching my head at times. The magic also could use some elaborating. Even after finishing Truthwitch, I’m still not sure how you become Threadsisters, for example.

Safi, the Truthwitch from the title and the main character, also suffers a bit from Special Snowflake Syndrome. I mean, she’s fierce and all, and I like her. But she’s the only Truthwitch and the whole continent is after her. Plus a prince basically falls in love with her after one dance…? And yes, I am aware this is not unusual in YA fantasy, but especially with the romance I would have liked a little bit more build-up and.

So all things considered, Truthwitch is a fun and enjoyable book. It’s pretty great, but it’s not amazing. That’s why I give it 4 stars out of 5. And yes, I will be adding the other books in the series to my TBR list!

As the Twenty Year Truce in their homeland's centuries long war is about to end, two magic-wielding witches team up with a royal privateer to outmaneuver a vengeful witch and preserve the balance of power in their world.