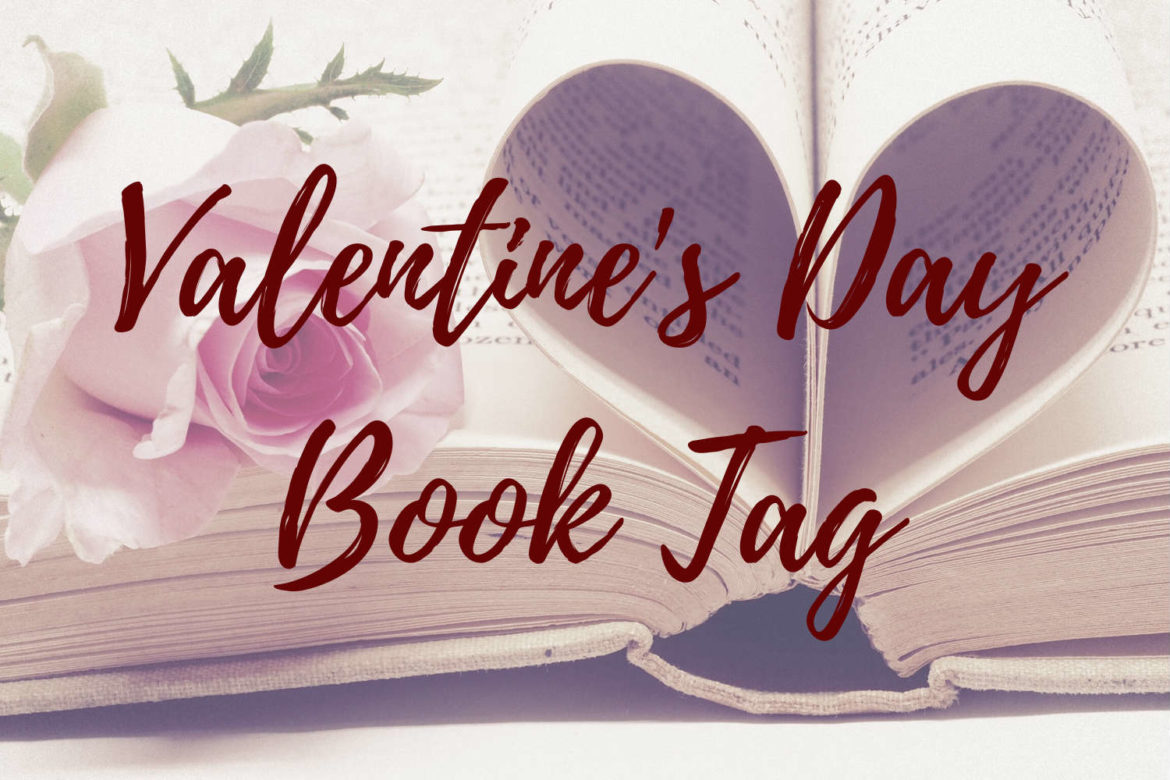 Hi everyone! Happy Let’s Eat Chocolate Day! Okay, who am I kidding, every day is a great day for eating chocolate, isn’t it? Regardless of whether you celebrate Valentine’s Day with a partner or with a book and snacks, I hope you have a great day!

I realized it’s been a while since I did a book tag, so let’s do one today! I found this tag on The Sassy Geek, who mentioned it was originally created by CC’s Books (which seems to be offline…?).

Aaaand we’re off to a great start, because it is impossible to pick just one book for this one. But let’s just go with Sorcery of Thorns by Margaret Rogerson. It was one of my favorite books last year and includes a cute romance (plus books that can kill you, and a hilarious demon who can turn into a fluffy kitty).

I have to admit I don’t read that many dystopian books… But I recently read The Fifth Season by N.K. Jemisin and was absolutely blown away by it. It’s a brutal world and the story won’t make you happy, but wow, it. Is. Amazing.

A Book That You Love But No One Else Talks About

I actually took a look at some of my favorite books on Goodreads to see how many ratings and reviews they got. And apparently, State of Sorrow by Melinda Salisbury only has 305 reviews?! Injustice, I say! I know I’ve said this before, but if you love (political and court) intrigue, you have to read this one!

There is only one right answer to this: Veronica Speedwell and Stoker from Deanna Raybourn’s Veronica Speedwell series that started with A Curious Beginning. I’ve only read the first three books of the series so far and up to that point they’re not really a couple yet. But their chemistry is off the charts and you too will shout “Just kiss already” at these two!

Book That Other People Love But You Haven’t Read Yet

Gideon The Ninth by Tamsyn Muir!!!!! I have heard so many great things about this one. And I mean, its description says “swordplay, cut-throat politics, and lesbian necromancers”. Need. I Say. More?!

A Book With Red On The Cover

The Kiss Quotient by Helen Hoang! I adored this book so much. It features a autistic female protagonist who hires a male escort to teach her about love. It was cute, it was funny, and it was steamy!

A Book With Pink On The Cover

Belle Révolte by Linsey Miller. I haven’t read this one yet. But it’s about a noble lady who would rather be a surgeon, and commoner who wants to be trained in magic. The two decide to switch lives, but then war breaks out and they have to work together to help the rebellion. Next time I’m in a book store, I will definitely look for this one!

You Were Given A Box Of Chocolate. What Fictional Boyfriend/Girlfriend Would Have Given Them To You

Rhys, from Sarah J Maas’s A Court of Thorns and Roses series. I love the banter in this series and how he cares about Feyre, but doesn’t suffocate her or forbids her from doing things.

Hm… I would probably read Emily A. Duncan’s Wicked Saints, which has been on my TBR list for almost a year. Who needs a romantic dinner when you have cosmic horror and monster boys to keep you company? I would watch Outlander, because I never got around to watching anything beyond the first season, although I really want to. And for movie time, I would watch Thor: Ragnarok. It’s such a fun movie!

You Are In The Book Store. All Of A Sudden You Get Shot With An Arrow By Cupid. What New Release Will You Love?

How new is “new”, exactly? Because I have about a hundred books from last year that I want to read… Anyway, one of the very recent releases I am excited about, is Night Spinner by Addie Thorley. A guilt-stricken warrior with magical abilities has to capture a notorious criminal to earn a pardon. But the criminal turns out to be not the villain he was made out to be. I MEAN! This book is written for me!

And that’s it for the Valentine’s Day Book Tag! It was a fun one to do, so feel free to do it yourself too! Drop me a link in the comments below when you do!