We Hunt the Flame – Review 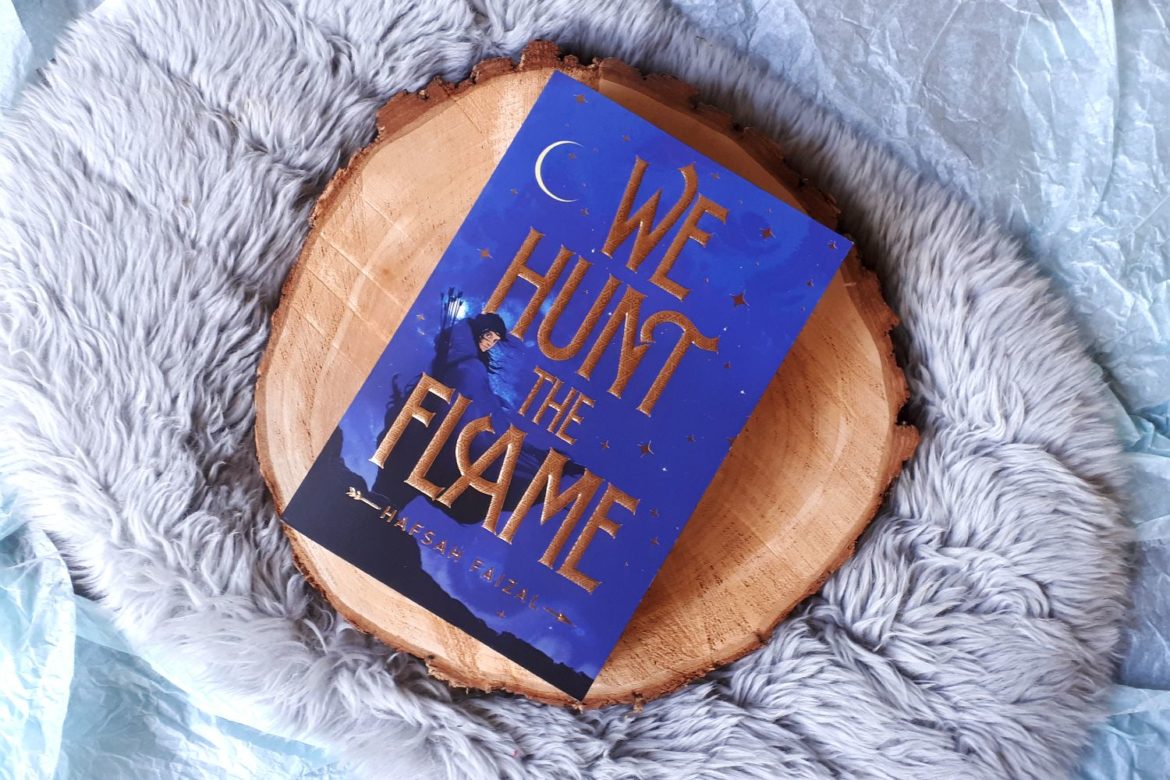 Hi everyone! How are you doing? I hope you are all safe and healthy! And that you manage to find distractions in this situation. Do you have a favourite world to escape to? I just love every possible fantasy setting because they take me away from the real world. And that is why I picked up We Hunt the Flame by Hafsah Faizal, which takes place in a world inspired ancient Arabia. Here’s my review!

Zafira is the Hunter. She disguises herself as a man when she enters the cursed forest of the Arz to feed her people. Nasir is the Prince of Death, an assassin in service of his father, the king. Both are legends in the kingdom of Arawiya, but neither wants to be. When Zafira embarks on a quest to uncover a lost artifact that can restore magic, Nasir is sent by the king on a similar mission: retrieve the artifact… and kill the Hunter. But an ancient evil stirs and the artifact might pose a threat greater than either can imagine.

Let’s start with what I liked about this. The setting is inspired by ancient Arabia, which I always enjoy reading about. I would have liked a bit more world-building though. Now I was often a bit confused. The story has elements from Arabian mythology, like dangerous ifrit. The underlying story of the Six Sisters was fascinating as well, although I struggled a bit with the timeline.

The story is told from the points of view of Zafira and Nasir. The latter was definitely my favourite. He is a very conflicted character who has to put on the mask of a ruthless assassin, despite being very compassionate and craving his father’s approval. I also liked Altair, the most important of the side characters. He seemed very care-free, but this was a very thin layer of paint.

Unfortunately, I didn’t really care about Zafira. This was mainly because her quest felt so dull. She had to retrieve the mysterious artifact, but she could just sense where it was? Like “to the north, we’re getting close”. How thrilling…

It also didn’t help that – apart from the Arabian setting – the premise is not all that different from dozens of other YA fantasy novels. A quest to find an artifact that can restore magic, two protagonists with conflicting missions, tragic backstories… We’ve seen this so many times before.

Furthermore, We Hunt the Flame ends up in the quicksand of clichés. Maybe I’ve just read so many YA fantasy novels, but I feel like many twists were awfully predictable in this story. There are a few plot twists that seem to be extremely popular among authors of YA fantasy. And while there is nothing inherently wrong with these “shocking revelations”, the fact that they are overused makes them utterly boring and predictable. I won’t go into detail here so as not to spoil anything for you. Because I sincerely hope you can still be surprised by these twists!

Overall, We Hunt the Flame wasn’t *bad*, it just wasn’t very memorable. It never truly managed to stand out from other YA fantasy novels. So I give it 3 stars out of 5. I might still pick up the sequel, We Free the Stars, when it is published in January 2021, but it won’t be at the top of my TBR list.

A BuzzFeed Pick for "YA Books You Absolutely Must Read This Spring" A Bustle's Most Anticipated 2019 YA Release A Paste Magazine's Top 10 Most Anticipated YA Novels of 2019 A Paste Magazine Best YA Book of 2019 A PopSugar Best YA Book of 2019 "Lyrical and spellbinding" —Marieke Njikamp, #1 New York Times Bestselling Author Set in a richly detailed world inspired by ancient Arabia, Hafsah Faizal's We Hunt the Flame—first in the Sands of Arawiya duology—is a gripping debut of discovery, conquering fear, and taking identity into your own hands. People lived because she killed. People died because he lived. Zafira is the Hunter, disguising herself as a man when she braves the cursed forest of the Arz to feed her people. Nasir is the Prince of Death, assassinating those foolish enough to defy his autocratic father, the sultan. If Zafira was exposed as a girl, all of her achievements would be rejected; if Nasir displayed his compassion, his father would punish him in the most brutal of ways. Both Zafira and Nasir are legends in the kingdom of Arawiya—but neither wants to be. War is brewing, and the Arz sweeps closer with each passing day, engulfing the land in shadow. When Zafira embarks on a quest to uncover a lost artifact that can restore magic to her suffering world and stop the Arz, Nasir is sent by the sultan on a similar mission: retrieve the artifact and kill the Hunter. But an ancient evil stirs as their journey unfolds—and the prize they seek may pose a threat greater than either can imagine.