Wicked As You Wish – Review 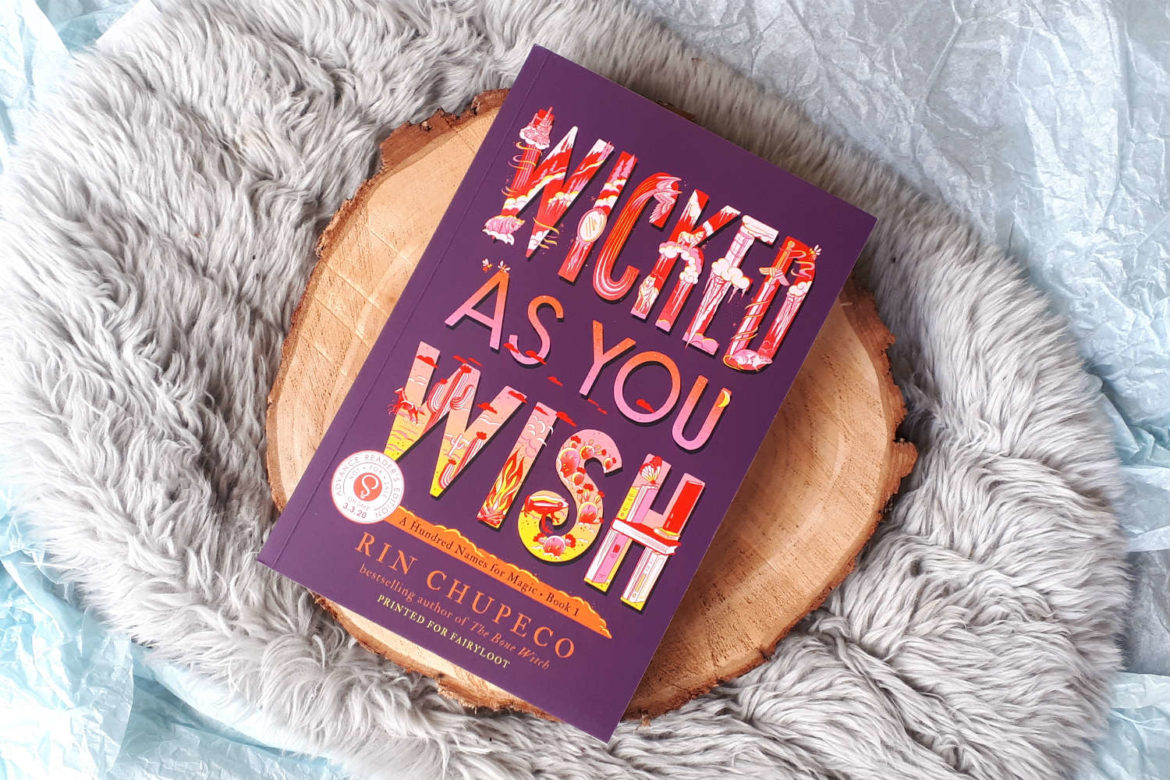 Hi everyone! How are you all doing? What’s your favourite retelling? I generally love Beauty and the Beast retellings, but anything that puts a fresh spin on well-known fairytales has my attention. That’s why I was really excited to read Rin Chupeco’s Wicked As You Wish, featuring many different fairytales.

Note: I received an advance reader’s copy of this book in a Fairyloot box. The final published version might have some differences.

Tala Warnock has the ability to negate magic spells. But life in her quiet town in Arizona gets turned upside down when Alexei, the sole survivor of the Avalon royal family, arrives. Tala’s family, which also fled Avalon when it was attacked and frozen by the Snow Queen, promises to protect the prince. Then the mythical firebird shows up, and hope for their homeland reignites. Alex and Tala unite with a group of new friends to journey back to Avalon for a showdown that will change everything.

This was… not as good as I had hoped it would be. And that makes me sad. I hadn’t read any of Rin Chupeco’s books before, but they’re on my TBR list. So when I found an ARC of Wicked As You Wish in my Fairyloot box, I was really excited.

But it didn’t take long for that excitement to disappear…

This book is a mash-up of different myths and fairytales. I love easter eggs and references, but here, it was just. Too. Much. To give you an idea: there’s the kingdom of Avalon (of King Arthur), a Snow Queen, references to Sleeping Beauty and Snow White, Wonderland, the firebird, Baba Yaga, and so much more. At some point, it stops being a fun “ooh, I know that reference” experience and instead becomes a bit of a mess.

This is partly set in an alternative version of the United States (called the Royal States of America), but apparently they still have the same music we do. There are several mentions of the singer Carly Rae Jepsen, whom you might remember from Call Me Maybe. And I just really don’t like those forced references to pop culture in (urban) fantasy.

The story at first focused on Tala and Alex’s school, up until they escape their town and travel to Avalon. At this point, I started liking the story better, because it focused more on the fantasy world. And then, at a tense moment… there was another Carly Rae Jepsen reference. No. No. Just no. That completely pulled me out of the moment.

I also want to mention here that Wicked As You Wish mentions ICE quite often. This American immigration enforcement agency actually exists. So people who are familiar with American news and politics will probably know what ICE is, but I’m not sure kids and non-Americans will (as a non-American myself, I am pretty sure almost no one in my family or my friends have heard about ICE). The book makes it somewhat clear what this agency does (in this fictional world), but I don’t know people will realize that their actions in the book are based on actual events in the real world.

As I mentioned earlier, the story does improve somewhat once the characters arrive in Avalon. And I also enjoyed the theme of found family that is very present throughout this book. But the characters themselves felt two-dimensional to me. None of them was particularly memorable and other than the fact that they’re constantly bickering, I couldn’t tell you one thing about their personalities.

This book is marketed as young adult, but it definitely reads very young. I think experienced middle-grade readers might even enjoy this better than people in the upper YA segment (by which I mean 18-year-olds, not old hags like me who read YA).

I’ve thought a long time about my rating for Wicked As You Wish, but in the end, I settled on 2 stars. It just wasn’t very good and it annoyed me more than it entertained me. There will be at least one more book in this series, but I’ll give it a pass.

Years after the evil Snow Queen desolated the magical kingdom of Avalon, Prince Alexei, his friend Tala, and a ragtag band, inspired by the appearance of the Firebird, try to reclaim their land.