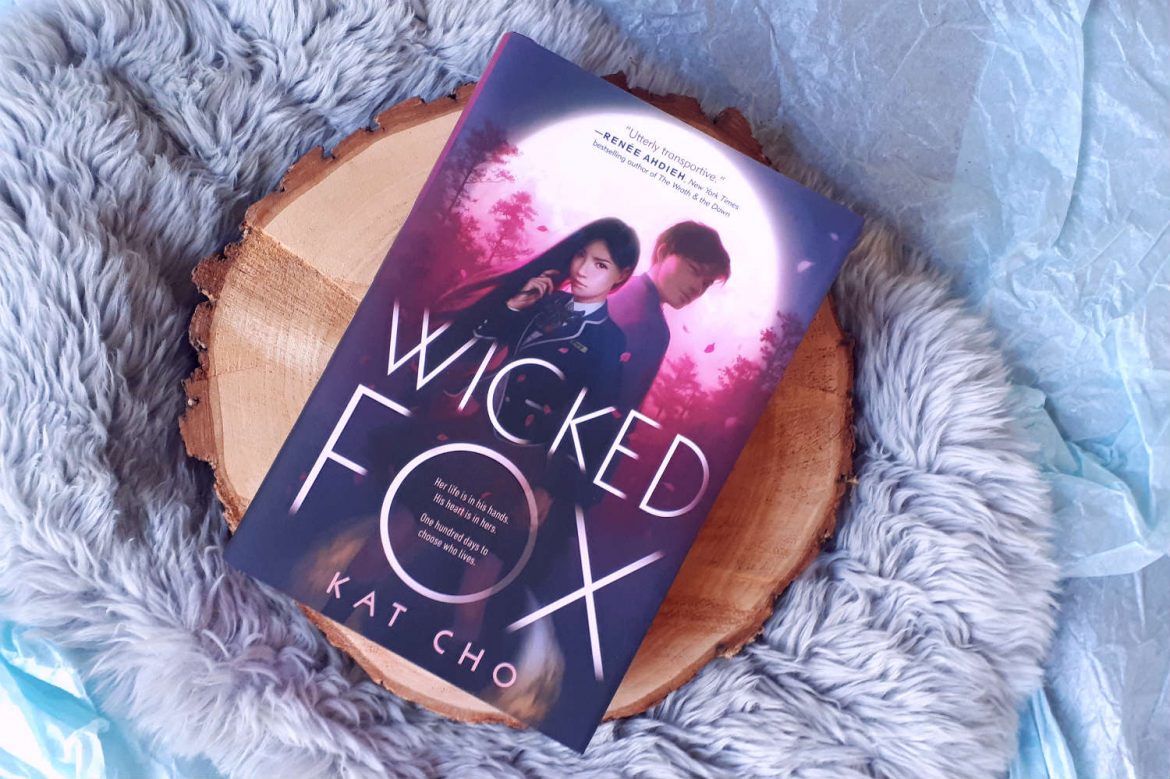 Hi everyone! How’s your Christmas shopping coming along? If you need some last-minute inspiration, you might want to take a look at the gift guide I made last year. Or check out my book reviews to find the perfect book to give to that book lover in your life. Speaking of reviews… Today I want to talk about Wicked Fox, by Kat Cho. Here’s what I thought of it!

Miyoung has a secret: she’s a gumiho, a nine-tailed fox who must devour the energy of men in order to survive. In the city of Seoul, she found the perfect place to hide and hunt evil men. But one night, she crosses paths with Jihoon, a human boy, who is being attacked by a goblin. Miyoung decides to rescue him, but loses her fox bead in the process. And Jihoon has seen her nine tails… They develop a friendship that blossoms into something more, but soon Miyoung is forced to choose between her immortal life and Jihoon’s.

SOOOOOOO…. This is an urban fantasy story and I have to say I was a bit apprehensive when I figured out it would be the featured book in the July Fairyloot box. Because, you see, urban fantasy generally isn’t really my cup of tea. But the fact that it was inspired by Korean mythology still drew me in and I added it to my list of books I was looking forward to.

Unfortunately, it just wasn’t for me, I guess. Despite wanting to like it, it simply didn’t work for me.

The story started out pretty well though. Miyoung was an intriguing character and her strenuous relationship with her mother got to me. I also really liked Jihoon and his grandmother. And the story itself had a lot of potential, mixing modern-day Korean life with mythology.

But the plot about the fox bead quickly slowed down and we got plenty of angsty romance instead. It felt like the goblin attack in which Miyoung lost her bead only existed to get these two characters to meet. What followed, was a pretty average teen romance: going to school (including bullies), accidental meetings, and so on. And of course, a character that ended up in hospital, creating even more drama between our protagonists.

And you know, I don’t mind if a story focuses strongly on the romance (just look at my review of Serpent & Dove, for example). But if it does, we need at least some chemistry between the would-be lovebirds. And I didn’t feel that at all, and that lack made the romance not particularly engaging.

In fact, I read this book less than a month ago and I can barely remember how it ended. And I don’t mean just the details, but the big plot lines, like what happened to our protagonists and in what condition/place/… we last saw them.

I feel conflicted about Wicked Fox and my review, to be perfectly honest. I know urban fantasy usually doesn’t do it for me, but I still wanted to give this book a chance, mainly because of the Korean mythology. So maybe it’s my own fault that I ended up not liking it…?

No one in modern-day Seoul believes in the old fables anymore, which makes it the perfect place to for Gu Miyoung and her mother to hide in plain sight. Mihoung is a Gumiho, a nine-tailed fox, who must eat the souls of men to survive. She feeds every full moon-eating the souls of men who have committed crimes, but have evaded justice. Her life is upended when she kills a dokkaebi, a murderous goblin, in the forest just to save the life of a stupid boy. But after Miyoung saves Jihoon's life, the two develop a tenuous friendship that blooms into romance forcing Miyoung to choose between her immortal life and Jihoon's.