New Books I Look Forward To In February 2019 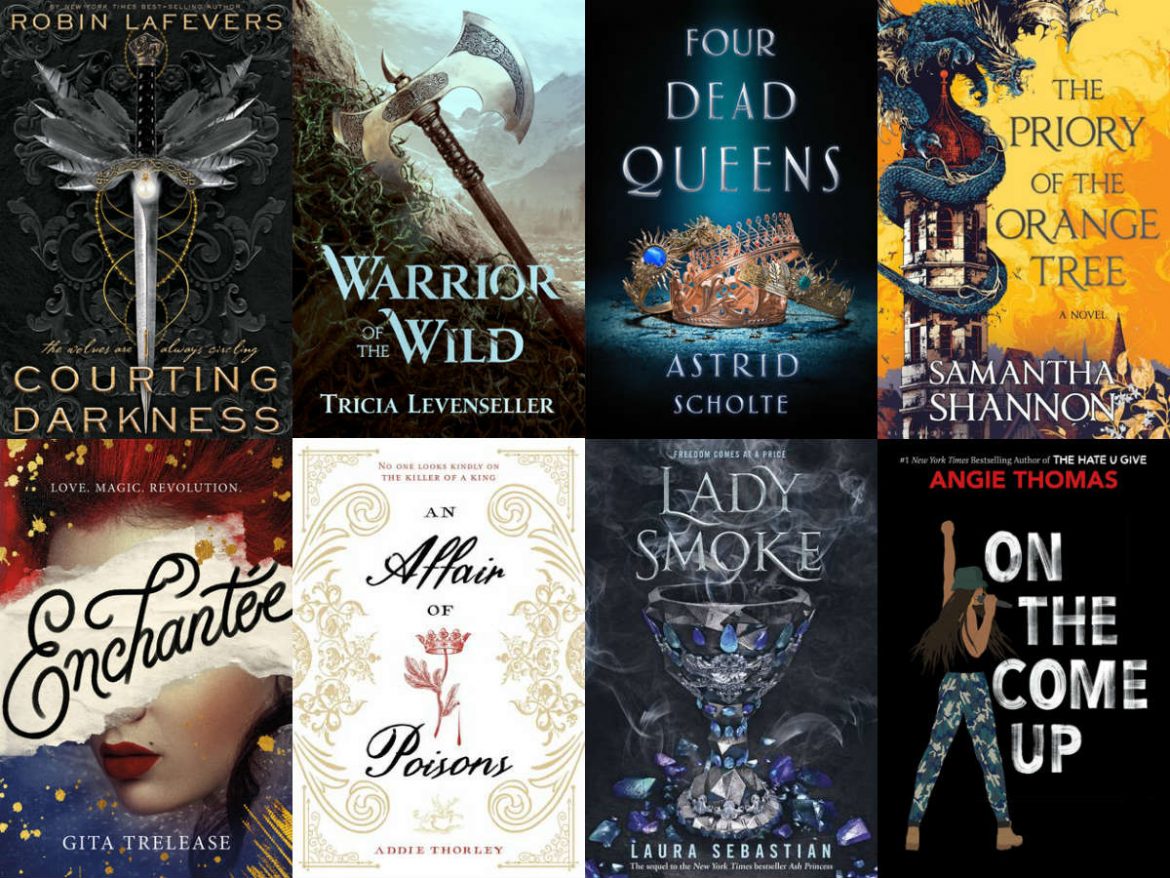 A new month means a ton of new books that are about to drop in your local bookstore or library. And like every month, I combed through the list of new releases to select the ones I am most excited about. Here are my recommendations for February 2019!

We start this list with killer nuns. Yes, killer nuns. This is a spin-off of the original His Fair Assassin trilogy about a monastery off the coast of Brittany, where nuns are trained as assassins. This new series will feature some characters from that original trilogy, but you don’t have to read those first. Now Sybella has a new mission. To keep her youngest sisters safe, she accompanies the duchess to France. Genevieve has been undercover at the French court for so many years that she struggles to remember who she is. Her only solace is a hidden prisoner. When disaster strikes, she has to take matters into her own hands, even it means ignoring the orders from the convent. Out on February 5th!

Warrior of the Wild – Tricia Levenseller

Rasmira is her father’s chosen heir. She has trained her entire life to become a warrior and lead the village. But her coming-of-age trial is sabotaged and her father banishes her to the wilderness with an impossible quest: to win back her honour, she must kill the oppressive god who claims tribute from the villages each year. I’m so excited about this one! It’s inspired by the Vikings, but the world itself is fictional. You might know this author from Daughter of the Pirate King, which I haven’t read myself but everyone seems to love it. So yeah, I can’t wait for this one! Out on February 26th!

The nation of Quadara is divided into four quadrants, each ruled by a queen, with the central Concord uniting them. Keralie works in the Concord, stealing and selling on the black market. But then she intercepts a comm disk and sees all four queens murdered. Keralie now has to team up with the very messenger she stole from, because the intended recipient might reveal the culprit. I want this book so much, it’s insane. This is definitely going on my Must Buy list. Out on February 26th!

The Priory of the Orange Tree – Samantha Shannon

Queen Sabran the Ninth comes a dynasty that has ruled for a thousand years. Still unwed, she must conceive a daughter to protect her realm, but assassins are getting closer. Ead Duryan, who has risen to the position of lady-in-waiting, is loyal to a hidden society of mages, and protects Sabran with her forbidden magic. Across the dark sea, Tané has trained all her life to be a dragonrider, but now she is faced with an impossible dilemma. And while the East and West refuse to parley, forces of chaos are rising from their sleep. Okay, so this is not young adult, but adult. But I just had to include it! Epic fantasy and more than 800 pages? Count me in! Out on February 26th!

Paris, 1789. Smallpox killed her parents and now Camille must find a way to provide for her frail sister and manage her volatile brother. She uses magic to transform scraps of metal into money, but when the coins won’t hold their shape and her brother disappears with the family’s savings, Camille sets her eyes on a richer and more dangerous mark: the court of Louis XVI and Marie Antoinette. She transforms herself into a baroness and travels to Versailles. But it’s a dangerous game she plays and Camille loses control of her secrets. To make things worse, revolution erupts. Court intrigue, disguises and magic? How can I say no to that?! Out on February 5th!

An Affair of Poisons – Addie Thornley

This book is also set in France, but earlier than Enchantée. Seventeen-year-old alchemist Mirabelle unwittingly helped her mother poison King Louis XIV, which makes her realize that her mother’s Shadow Society aren’t heroes of the people, but murderers. Mira tries to ease her guilt by brewing helpful curatives. Now that the king is dead, royal bastard Josse de Bourbon must become the prince he was never meant to be. He is forced to hide in the sewers beneath the city, until his path collides with Mirabelle’s and he finds a surprising ally in his sworn enemy. Even more court intrigue and poison? Yep, this goes on my list! Out on February 26th!

This is the only real sequel on my list this month. It’s the second book in the Ash Princess Trilogy that tells the story of Theodosia, whose country was invaded and her mother, the Fire Queen, was murdered before her eyes. The Kaiser took her family, her land and her name, and crowned her Ash Princess, a title of shame. For ten years, she was a prisoner in her own palace, where she had to endure the abuse and ridicule of the Kaiser. But one night, she realizes surviving is no longer enough and that her mind is her best weapon. I haven’t read Ash Princess yet, but it’s on my list and it sounds so good! Lady Smoke is out on February 5th!

On the Come Up – Angie Thomas

Sixteen-year-old Bri wants to be one of the greatest rappers of all time. Or at least make it out of her neighbourhood. And she has big shoes to fill, being the daughter of an underground rap legend who died before he hit big. But now Bri’s mom has unexpectedly lost her job and food banks and shutoff notices are suddenly a big part of her life. Bri no longer just wants to make it. She *has* to make it. This is not fantasy, but I couldn’t NOT include it. Two years ago, Angie Thomas’s The Hate U Give – about police violence towards black teenagers in the USA – was one of the most talked-about books of the year and it was also made into a movie. This is not a sequel, but it again deals with these issues black people face in their everyday lives. Out on February 5th!

Need more new books? Here is the full list of new YA releases for February 2019!

And it’s it for February 2019! What new books are you looking forward to the most? Let me know in the comments!