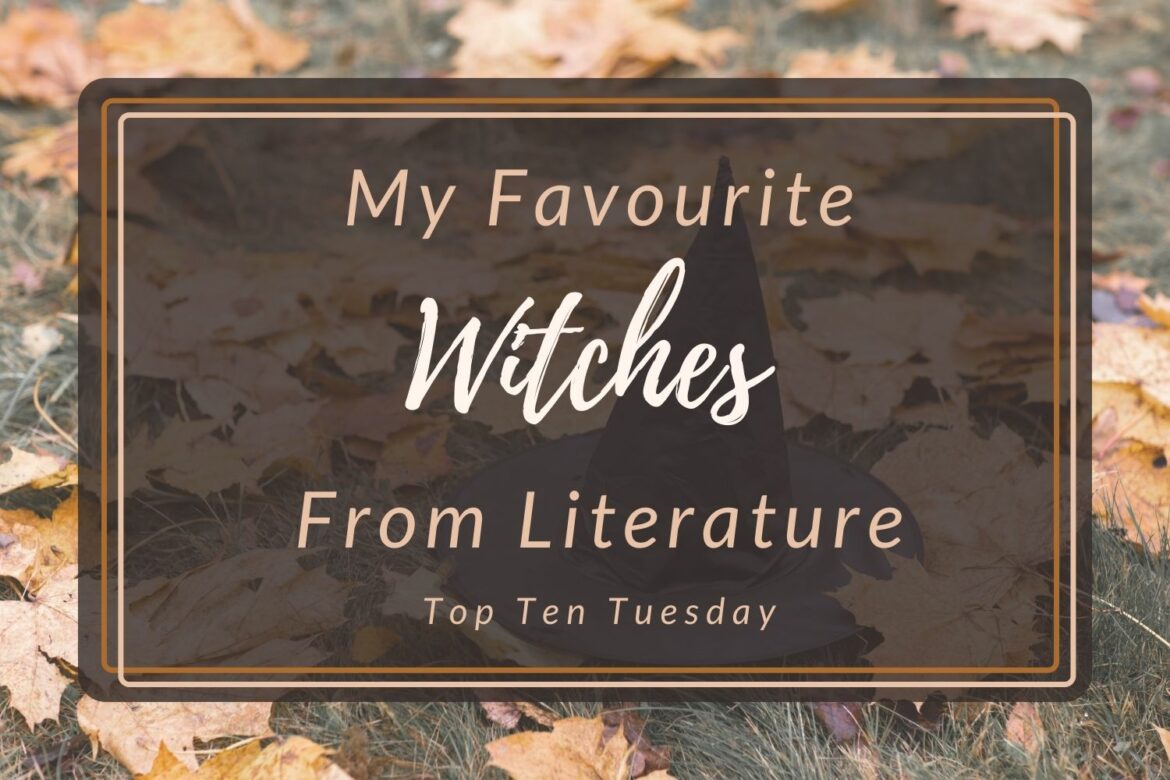 Hi everyone! How are you all doing this week? I am doing pretty well and I’m slowly getting back into a reading habit. I can’t believe we’re nearing the end of October. That means it’s almost time to put up the Christmas tree and wrap up yet another year! But first, we still have Halloween to look forward to. For this week’s Top Ten Tuesday – hosted by That Artsy Reader Girl – we get to choose our own Halloween-related topic. I picked a list of witches (and female mages and other spellcasters) from literature, because who doesn’t love reading about women weaving spells?

We all love Hermione, right? And I can surely identify with her, but I also feel a sort of kinship with Luna, the weird outcast.

Wouldn’t it be amazing if we could discern truth from lies?! That’s Safi’s ability, but she has to keep her talents hidden because it would make her a target in the struggle between empires.

Louise fled her coven and now lives in the city of Cesarine, where witches like her are hunted. Sounds like a lovely and stress-free life! Oh, and did I mention she ends up in a forced marriage with one of the witch hunters?

Fie is the daughter of a chieftain of the Crows, the lowest caste in society. These folks can use teeth to perform magic. Grisly, and absolutely perfect for Halloween, if you ask me.

I know Geralt is all about Yennefer, but while reading the novels, I initially liked Triss more. She seemed like a nicer person.

A Heartrender who can damage people’s organs, slowing one’s heartbeat or snatching air from lungs. Also loves waffles, and who can blame her?

I know the whole series is about Aelin, but I like Manon more. She’s such a fascinating and conflicted character, and I loved seeing her grow and evolve.

Ramita is a market girl whose life is turned upside down when one of the most powerful mages in the world picks her as his wife. Pregnant with his twins, she starts to manifest strong magical abilities. I loved reading about Ramita’s evolution throughout this series!

Moiraine Damodred – The Wheel of Time

Anyone else looking forward to the Wheel of Time series on Amazon Prime? I sure am! Hopefully, the show does justice to this epic book series (unlike Game of Thrones’ final couple of seasons, ahem). I’m especially excited to see Moiraine come to life on the screen.

And finally, one of the archetypical witches, known by many names. While she’s often portrayed as the villain in retellings of these legends, I’ve always been drawn to this character. That might have been because of the Mists of Avalon book (and TV series) in which Morgaine is the main character and we explore her complicated character and position in the tale.

And those are my favourite witches in literature. Who’s your favourite? Did I miss anyone? Let me know in the comments and feel free to share this post if you enjoyed it. Happy reading and happy Halloween!