New Books I Look Forward To In August 2019 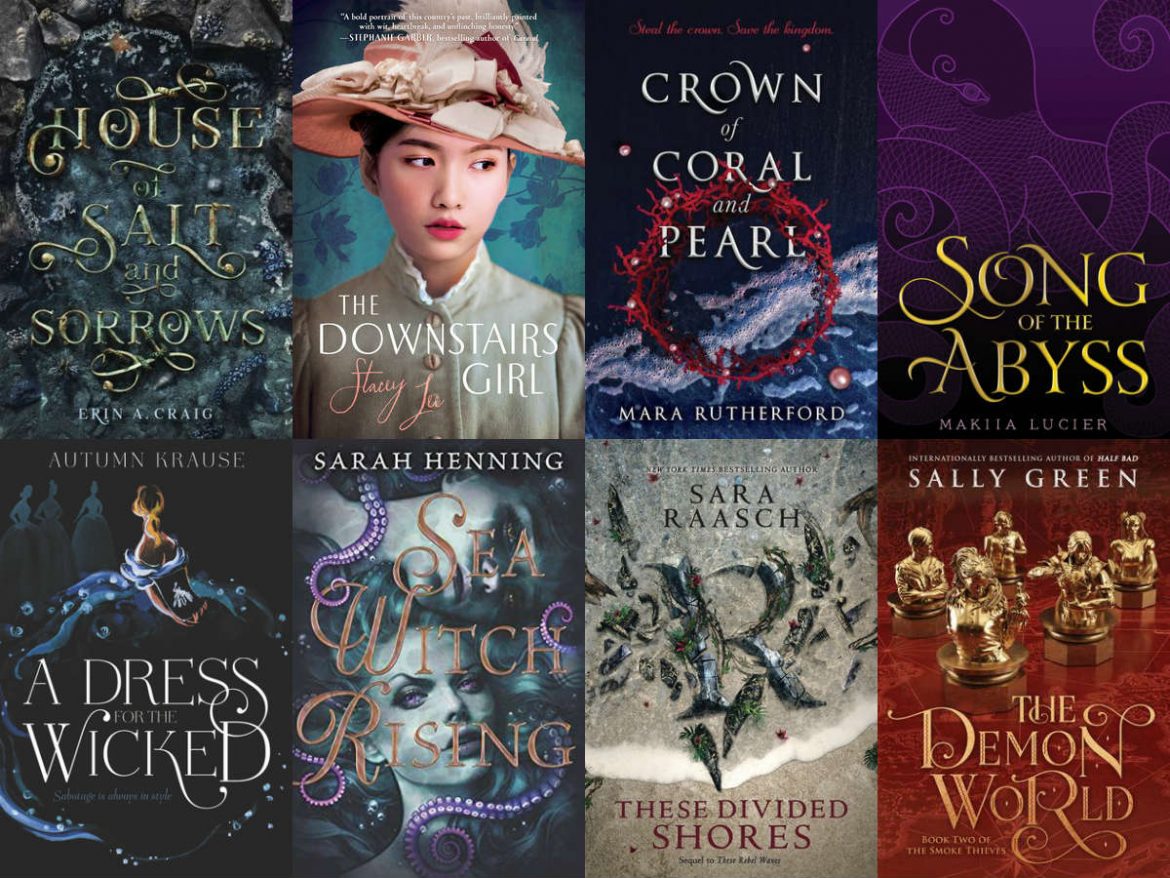 I know I say this every month, but wow, I can’t believe how the time flies! July is nearly over and that means it’s time to take a look at the new books hitting the shelves next month. Here are some of the August 2019 releases I’ve added to my To Read list!

House of Salt and Sorrows – Erin A. Craig

Annaleigh lives at Highmoor, a manor by the sea, with her sisters, father and stepmother. In the villages, people whisper that the family is cursed by the gods. Because of the twelve daughters, four have died in tragic circumstances. Ghostly visions convince Annaleigh that these deaths were no accidents. While her sisters have been sneaking out at night to attend balls, Annaleigh is torn: should she stop her sisters, or join them? Then Annaleigh becomes more and more involved with a mysterious stranger and she has to race to unravel the darkness, before it claims her next. This is a retelling of the Twelve Dancing Princesses fairytale and it sounds super gothic! I need this book! Out on August 6th!

I know I usually list fantasy novels here, but this historical novel sounds fascinating! Jo Kuan works as a lady’s maid for the cruel daughter of one of the wealthiest men in Atlanta. But by night, she pens a newspaper advice column called “Dear Miss Sweetie”. She uses this hugely popular column to address all sorts of issues, but is not prepared for the backlash when she challenges fixed ideas about race and gender. While her opponents try to uncover the secret identity of the column’s author, Jo receives a mysterious letter that sets her off on a search for her own past and the parents who abandoned her as a baby. Out on August 13th!

For generations, the princes of Ilara have married the most beautiful maidens from the ocean village of Varenia. Nor always dreamed of seeing the beauty of Ilara, but left with a permanent scar after a childhood accident, she knows that her sister Zadie will likely be chosen instead. When Zadie is gravely injured, Nor is sent to Ilara in her place. Her future husband turns out to be cold and forbidding, but as Nor grows closer to his charming brother, she uncovers startling truths, including a plot to destroy her home. Out on August 27th!

Song of the Abyss – Makiia Lucier

Reyna, granddaughter of a famed navigator, is determined to prove that girls can also be explorers for the royal house of St. John del Mar. After a year-long expedition, her dream is within reach. But then her ship is attacked. Reyna manages to escape, but when next she sees her ship, she finds a mystery. The sailors have all vanished. Now she must use every resource at her disposal, including a handsome prince from a rival kingdom. Together they uncover a disturbing truth… This is the second book in the Tower of Winds series, but it can be read separately, without reading Isle of Blood and Stone first. Out on August 27th!

A Dress for the Wicked – Autumn Krause

Emmy’s village is one of those places where nothing ever happens. When the head of the most admired fashion house in the country opens her prestigious design competition to girls from outside the capital, Emmy sees her chance. As the first “country girl” to compete, she knows she faces extra hurdles. Soon, she finds herself wondering whether she’ll be able to tailor herself to fit into this dark and corrupted race. To be honest, this sounds a bit like last month’s Spin the Dawn, minus the protagonist disguising herself as a boy. But competitions with a lot of intrigue? Yes please! Out on August 6th!

This is the sequel to Sea Witch, a Little Mermaid prequel of sorts. In that first book, we meet Evie, whose best friend Anna drowned. Ever since, Evie has been an outcast in her fishing town. When a girl who looks exactly like Anna appears offshore, Evie starts to believe she might have a chance at a happily ever after. But her new friend has secrets of her own. I haven’t read Sea Witch yet (but it’s next on my To Read list!), so I’m not going to look at the synopsis for Sea Witch Rising. But if you love dark retellings of fairytales, you might want to check out this series! Sea Witch Rising is out on August 6th!

This is another sequel. In These Rebel Waves, we met Lu, Vex and Ben. Five years ago, Lu helped the magic-rich island of Grace Loray overthrow its oppressor, Argrid. But when an Argridian delegate vanishes during peace talks, the king of Argrid demands brutal justice. But something more dangerous is at work. Together with pirate Vex, Lu uncovers a deadly truth, while Ben, crown prince of Argrid, harbors a secret obsession with Grace Loray’s forbidden magic. When we left these characters at the end of These Rebel Waves, they were in deep trouble, so I look forward to reading what happens next. Out on August 27th!

And to end this overview, we have another sequel. The Demon World is the second book in the Smoke Thieves series. There are five protagonists, spread across the continent at the start of the series.Their lives become linked by the tides of magic and war, and the mysterious demon smoke. I enjoyed the first book, but didn’t love it. Because we kept jumping around from one POV to the other, it was hard to really get into the story. But I have hopes this sequel will be better and we’ll get to see more actual plot. Out on August 6th!

Looking for even more new books to read? Here’s the list of YA releases for August 2019!

Which August 2019 releases are you most excited about? Let me know in the comments!