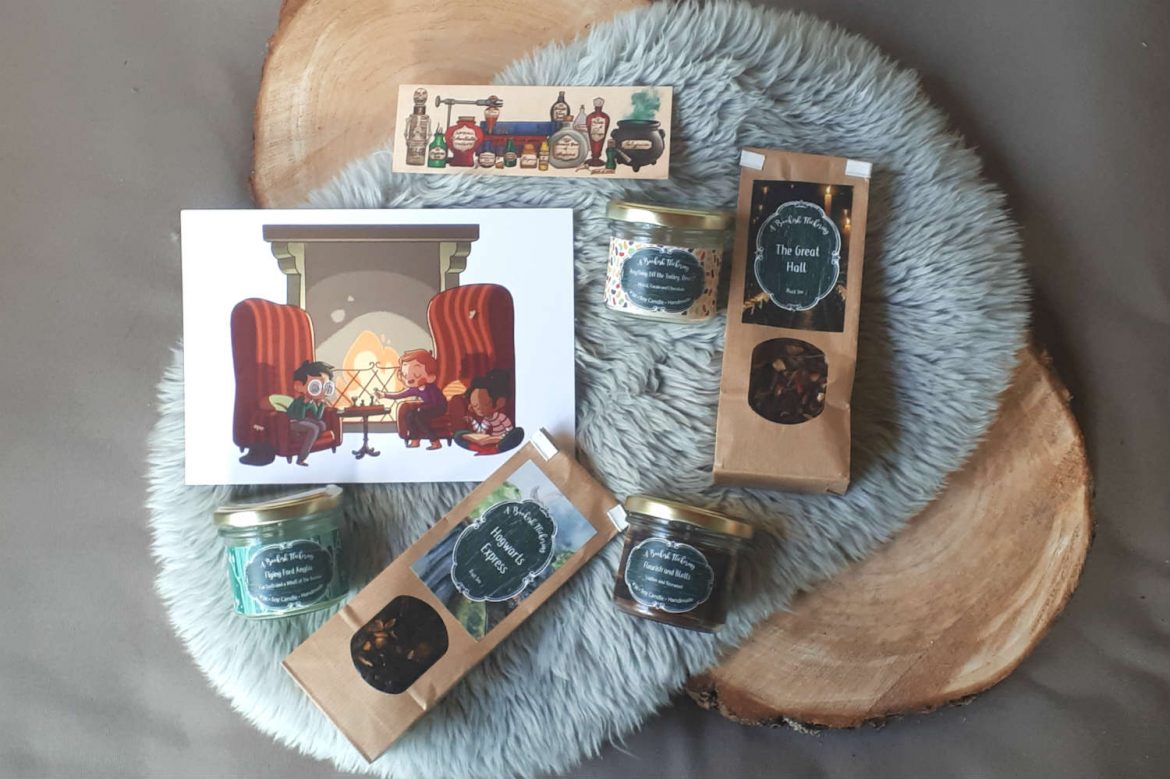 First of all, I want to apologize for not posting on Tuesday this week. I’ve been dealing with a sore throat and fatigue all week and I just didn’t have the energy to write anything. But I’m feeling a bit better now, so I’m back for an unboxing! As you might know, I’m a big fan of A Bookish Flickering. Their September box was called “Welcome back to Hogwarts”, a great alternative to the typical “back to school” stuff we are bombarded with once summer’s over. It’s the second time this shop made a Harry Potter themed box, in fact their very first one was based on everyone’s favourite boy wizard as well! Let’s have a closer look at its contents, shall we?

First up: the candles 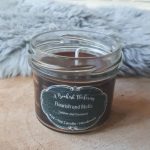 What do you need before you can go back to school? Books, of course! So the first candle is inspired by Flourish and Blotts, the bookshop in Diagon Alley. It has this gorgeous glossy brown colour, reminding me of old books. I’m not usually a fan of brown, but in this case it’s absolutely beautiful! The leather and rosewood scents create the perfect atmosphere you’d expect from a bookshop filled with bookshelves and books, including an old leather chair to sit in while you check out all those books. 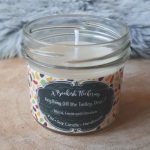 Once you have all your books and other school supplies, you’re off to the Hogwarts Express. It’s a long journey from London to Hogwarts, so everybody’s happy to see the Honeydukes Express and hear its accompanying “Anything off the Trolley, dears?”. Which also happens to be the name of the second candle in this box. It’s a regular white-ish candle, but look at the adorable label! Isn’t it the best?! And the scent! It smells like mocca, cacao and chocolate. To say it’s a strong chocolate-y scent would be an understatement. Be prepared for sudden cravings when you sniff this one! 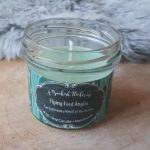 Who can forget the start of the second book, when Harry and Ron miss the Hogwarts Express and instead decide to take the Weasley’s flying car to travel to Hogwarts? And then they crash into the Whomping Willow, oops! This third candle is called Flying Ford Anglia and it’s so pretty! Seriously, the colour is just perfect, as is the label (notice the trees?). The scent is car seats and a whiff of the Burrow. In last year’s Harry Potter box, there was a Burrow candle that smelled like candied clementine and apple pie, and this candle indeed has a touch of that same mix.

That’s all for the candles, so let’s move on to the teas!

Because the Hogwarts Express is so memorable, there’s also a tea blend inspired by it. It’s called Hogwarts Express (duh!) and it contains black tea, cacao, orange peel, coconut, almond and rose leaves. It smells and tastes a bit sweet, again reminding me of the trolley. And I’ve discovered that I love coconut and almond in my tea, so this one is great!

The journey to Hogwarts ends in the Great Hall, where the new students are Sorted into their Houses and the others can catch up with their friends over a banquet. The Great Hall tea contains black tea, hibiscus, rosehip, apple, orange peel, currants and raspberry. It smells and tastes delicious and I don’t think it will last long in this household. 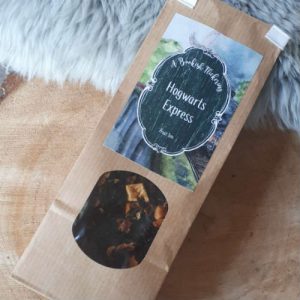 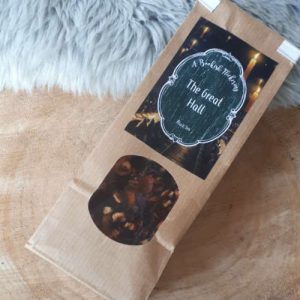 Up first: a woodmark by In the Reads! For those of you who don’t know: a woodmark is a bookmark, but instead of paper it’s made of a very thin slice of wood. So it’s a bit more sturdy, although I wouldn’t try to bend it. Anyway, this might be my favourite bookmark in my collection. It features all the potions we know from the books: skele-gro, amortentia, polyjuice, to name a few. And look at the adorable bottles and vials they come in!

The second special item is an art print by Pauline Prnt. It features our favourite trio in the Gryffindor common room. This is so cute! Look at Harry’s look of concentration while playing wizard chess. And of course Hermione is studying. So of course I immediately put this print on display on my shelves! 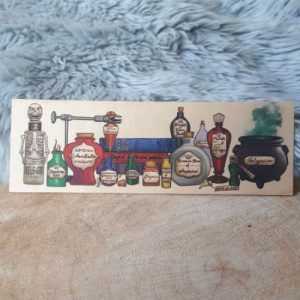 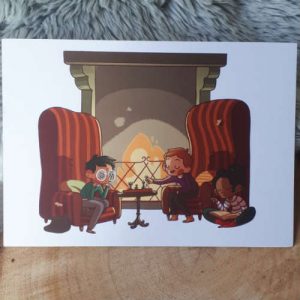 That was all the contents of the “Welcome back to Hogwarts” box by A Bookish Flickering. Unfortunately, this box is sold out, but go check out their Etsy page where you can find tons of other teas and candles! 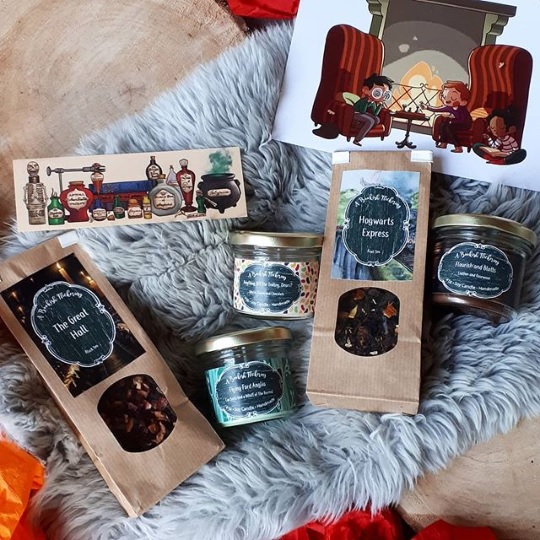