Beneath the Citadel – Review 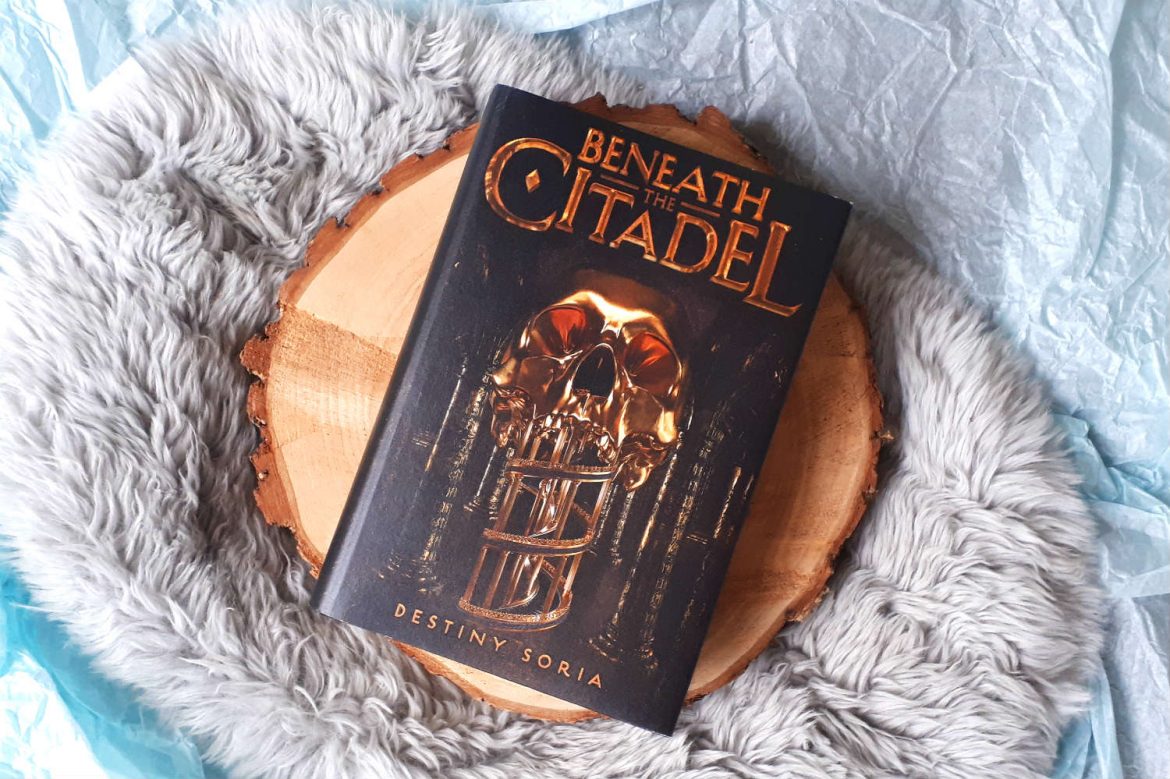 Hi everyone! We’ve survived another week, so let’s reward ourselves with a great book this weekend! What are you going to read? I’ll be reading Girls of Storm and Shadow, the sequel to Girls of Paper and Fire, by Natasha Ngan. Keep an eye out for my review in the next couple of weeks. But for now, I want to talk about Beneath the Citadel, by Destiny Soria. Let’s dive right in!

Cassa, the orphaned daughter of rebels, is determined to fight back against the high council that governs the city of Eldra. Together with her three allies – Alys, Evander and Newt -, she managed to infiltrate the citadel, but got captured. During their escape, they stumble upon a secret beneath the citadel. Can they uncover the mystery in time, or will it be too late to save themselves and the city?

This was such a mixed bag, to be honest. The premise and the heist were fun and intriguing. But to be fair, the heisting did remind me quite a bit of Six of Crows, although it wasn’t executed as well.

I loved the diversity in our squad: several PoC characters; one bisexual, one gay, one ace; a plus-size character; someone suffering from anxiety. Together they made a fun bunch and each got their own POV chapters, so we got to know them pretty well.

Unfortunately, the character that felt like “THE main character” out of this group was the one I felt the least sympathy for. Cassa was a bit annoying and she got on my nerves. I liked Alys, Evander and Newt a lot more.

There is magic in this world, with different types of abilities: people who can see the future, people who can read your mind, and so on. This was done fairly well. But I wanted a world that was more fleshed out. The events were limited to the city (and a few locations just outside the walls), but there was mention of the rest of the country which for some reason leaves the high council alone. Why? I have no idea.

A lot of attention was paid to prophecies. There was something about infallible prophecies, but I never really understood what that was all about. I kept thinking we would get an explanation about that at the end, but it never came. And there was more that was never explained, like the mysterious lake beneath the citadel.

This book basically left me with a lot of questions. Which is annoying since it’s a standalone and the story is supposed to be wrapped up. I don’t mind open endings, but I do want the events that I read about to be explained. Now I’m not sure what exactly happened.

So I can’t give Beneath the Citadel more than 3 stars. Which is a shame, because it sounded promising (and the cover looked so great!).