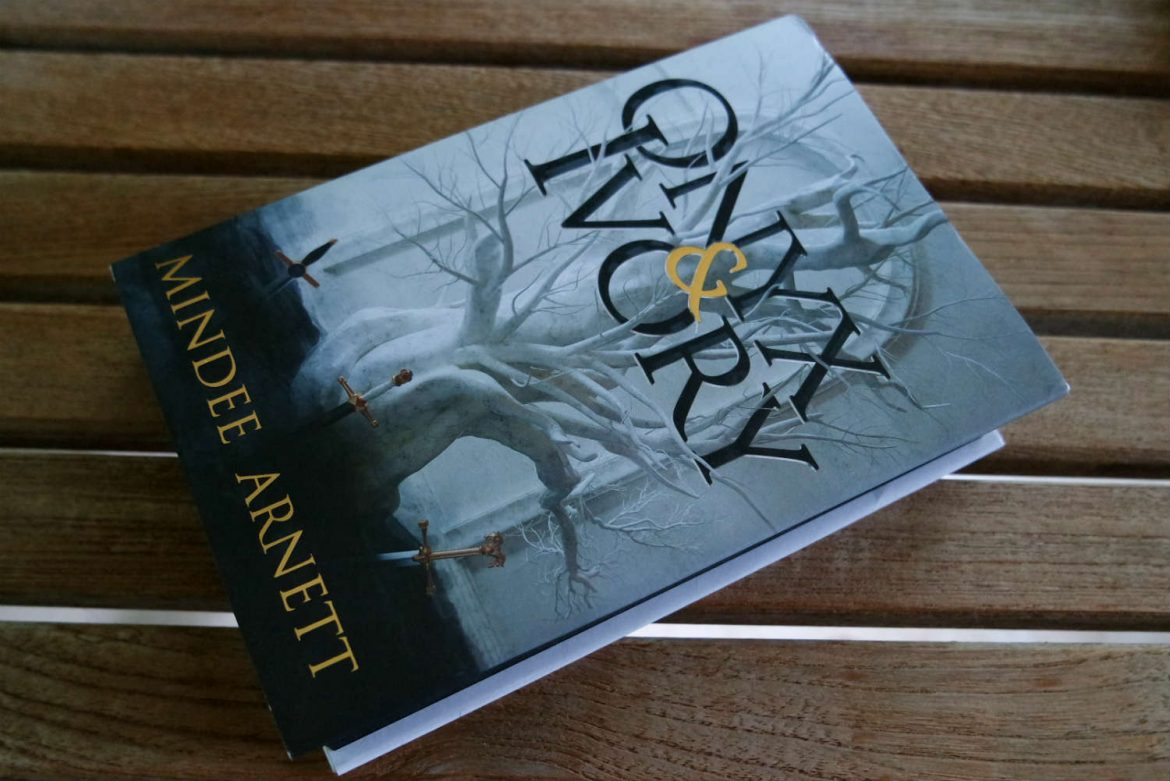 Onyx & Ivory by Mindee Arnett was one of my most anticipated releases of May, so finding it in my Fairyloot box was a fun surprise. Okay, I’ll be honest, I actually figured out this would be the featured book based on the description. I immediately put this book at the top of my TBR and dove in with high expectations. Was it good?

Kate has to live with the title of “traitor” after her father was executed for trying to assassinate the king. She works for the Relay, delivering messages from one city to another. But she also has a secret of her own: she is a wilder, a wielder of magic that allows her to influence the minds of animals. One day, she finds the remains of a caravan that was attacked by nightdrakes. Only it happened in broad daylight… The only survivor is prince Corwin, a childhood friend who broke her heart. Together they must fight new threat of nightdrakes that attack in the day.

At 512 pages, this is a pretty big book and it might look intimidating at first. But rest assured, it never gets dull. There’s enough action to keep it interesting, with several subplots and interesting side characters. We are thrown in the action pretty quickly, but still the world feels well developed. I wouldn’t mind some more history though, but maybe that will be provided in the sequel? I sure hope so!

“You can’t let others define who you should be”

The story is told from both Kate and Corwin’s perspective, with alternating POVs. Both protagonists are okay, but they never really stand out. It’s not that they were unlikeable or anything, they just didn’t make a lasting impression on me. The side characters on the other hand had some intriguing personalities, and I’m more interested in their (background) stories… It feels like author Mindee Arnett didn’t want to take too many risks with her main characters.

Onyx & Ivory is a typical Young Adult fantasy. It has mystery, adventure, romance, two protagonists who are looking for their place in the world and friendship. But while the story ticks all these boxes, it never really stands out. The plot twist near the end took me by surprise and makes me super excited about the sequel, but the rest of the story didn’t provide anything new.

Overall, this book was a fun read. It never got dull and gave me quite a few hours of entertainment. But there’s room for improvement. It follows the established pattern and intermediate checkpoints of your average YA fantasy, which isn’t bad, but it doesn’t stand out either. So all things considered, Onyx & Ivory deserves 4 stars.

They call her Traitor Kate. It’s a title Kate Brighton inherited from her father after he tried to assassinate the high king of Rime. Cast out of the nobility, Kate now works for the royal courier service. Only the most skilled ride for the Relay and only the fastest survive, for when night falls, the drakes—deadly flightless dragons—come out to hunt. Fortunately, Kate has a secret edge: She is a wilder, born with forbidden magic that allows her to influence the minds of animals. And it’s this magic that leads her to a caravan massacred by drakes in broad daylight—the only survivor Corwin Tormaine, the son of the king. Her first love, the boy she swore to forget after he condemned her father to death. With their paths once more entangled, Kate and Corwin must put the past behind them to face this new threat and an even darker menace stirring in the kingdom.