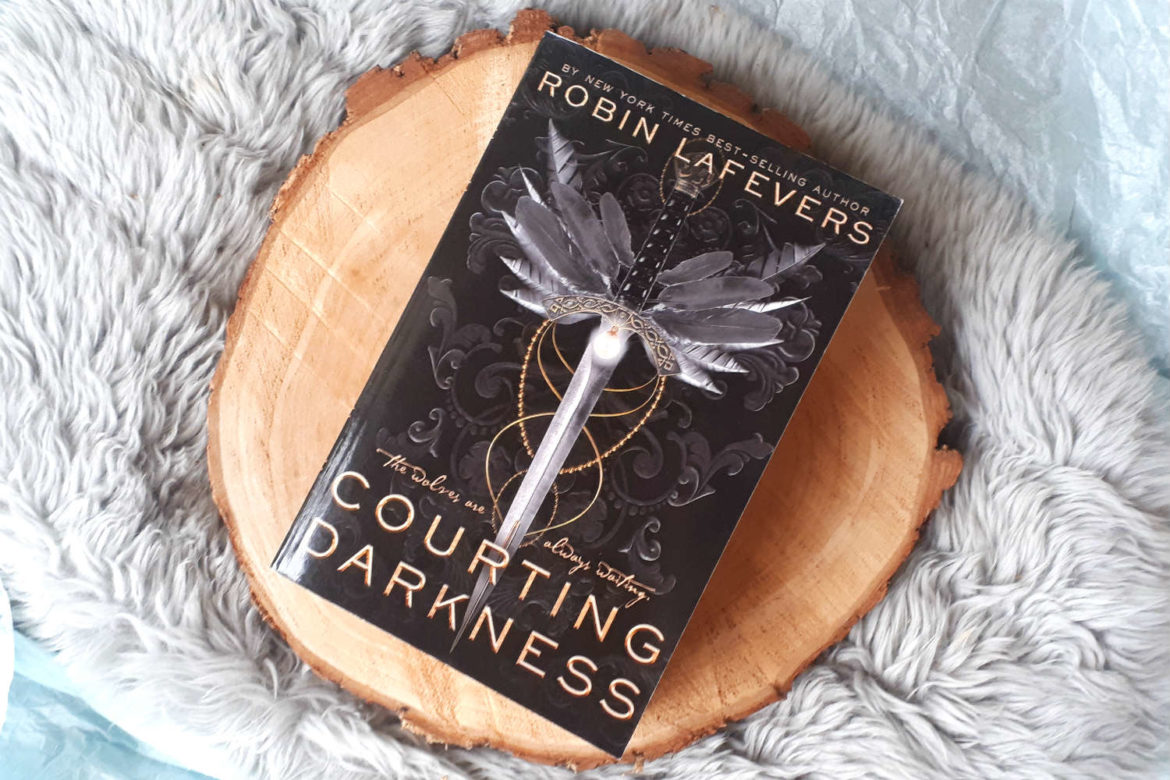 Hi everyone! How are y’all doing? I hope you’re all safe and healthy! <3 I’ve had a terribly stressful week, but at least I still have books to escape into. Reading about fictional worlds definitely helps to take my mind off of reality. Anyway, let’s not take about reality for now, but about Courting Darkness, by Robin LaFevers!

Sybella, one of Death’s daughters, has a new mission. In an attempt to keep her youngest sisters safe from their family, she agrees to accompany the duchess of Brittany to France, where the duchess is to be wed to the king. But they soon find themselves surrounded by enemies. Their one ray of hope is Sybella’s fellow novitiates, disguised and hidden in the French court years ago – if she can find them. Genevieve has been undercover for so long that she struggles to remember who she is. But then she finds a hidden prisoner, and when disaster strikes, she has no choice but to take matters into her own hands.

Need I say more? Okay then

Courting Darkness is a spin-off of the original His Fair Assassin trilogy that consists of Grave Mercy, Dark Triumph, and Mortal Heart. But despite what you might have heard (and despite the fact that this is a spin-off), you definitely need to read that trilogy first. Otherwise, you’ll have no idea of what is going on politically with Brittany and France, nor will you understand what past events the characters refer to. Not to mention the world building, which can be a bit confusing, especially when it comes to the old gods.

I read the previous trilogy in the summer of 2017, so about 2.5 years ago, and I found myself confused and struggling to remember what happened in those books. A recap would have been useful! There is a list of the important characters at the start of the book, but that’s very concise.

One familiar and one new POV

But in any case, it was great to see those characters again. While Annith doesn’t appear in Courting Darkness and Ismae has a very limited part, Sybella is one of the two POV characters. While her book wasn’t my favourite of the trilogy, in this book I loved her story! The French court is a pit of vipers, with the king’s sister as the most venomous of all. I enjoyed reading about the power plays happening in plain sight and behind closed doors!

The other POV is that of Genevieve, who has been undercover at the French court for years. She was clearly very conflicted about the part she had to play, and the fact that the convent seemed to have forgotten about her. I soon developed a soft spot for Maraud, whom I desperately want to see more of in the sequel!

The plot in Courting Darkness was a bit slow, which was partly due to the constant switching between the two POVs. But that was largely compensated for by the gorgeous writing. It’s a bit old-fashioned and formal, but that fits the setting perfectly. And when the characters are as great as Sybella and Genevieve (and Maraud), I don’t mind a slow story.

As I mentioned earlier, there will be a sequel, titled Igniting Darkness. That one hits the shelves in June of this year, and it promises to be thrilling because of a stupid mistake made by one of the characters!

When Sybella discovers there is another trained assassin from St. Mortain's convent deep undercover in the French court, she must use every skill in her arsenal to navigate the deadly royal politics and find her sister-in-arms before her time--and that of the newly crowned queen--runs out.