New Books I Look Forward To In July 2020 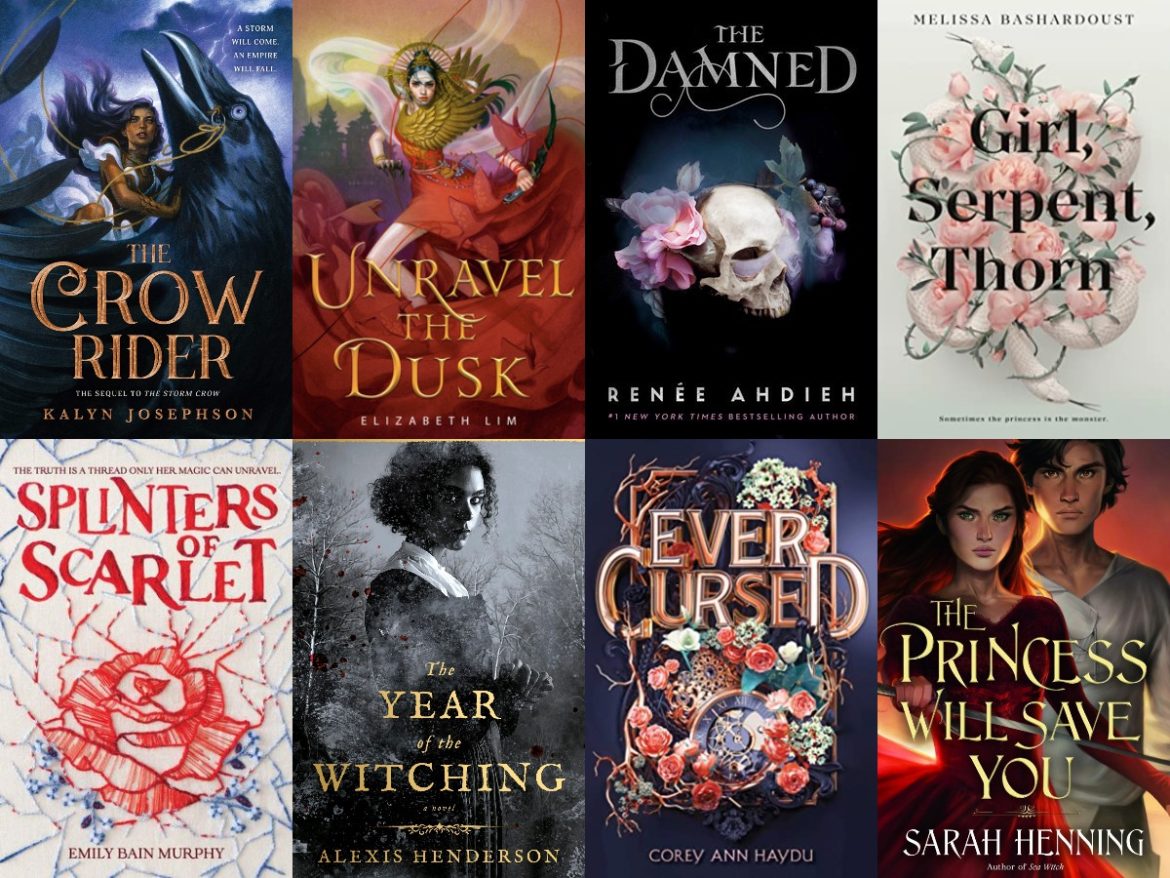 Hi everyone! The first half of the year is almost over, and what a couple of months it has been, right?! Let’s hope the second half of the year will be better. In the meantime, I want to take a look at the new books hitting the shelves in the upcoming month. And let me tell you, July 2020 promises to be a great month for YA readers! Here are the eight books I look forward to the most, and below you can find the (hopefully complete) list of books. As always, let me know if I missed a book!

This is the second and final installment in the Storm Crow duology. I read the first book last year and really really liked it! In that first book, princess Thia is forced into marriage with the crown prince of the rival Illucian empire, the empire that had been responsible for killing all the magical crows in Thia’s country. When Thia finds a crow egg among the rubble, hope starts to bloom and she is spurred into action. I loved the fact that the main character in this series struggles with depression, and I also liked how the first book took an unexpected turn with the romance. So I can’t wait to read this sequel! Out on July 7th!

And yet another sequel! Unravel the Dusk is the second and final book of the Blood of Stars duology that started with Spin the Dawn. In that book, which is described as “Project Runway meets Mulan”, Maia disguises herself as her brother to take part in a competition to become the imperial tailor. While I liked the first part of Spin the Dawn (the actual competition) more than the second part (where Maia sets out on a quest), it was still a great book overall. And I can’t wait to see what happens next! Out on July 7th!

This is the sequel to The Beautiful, which I read last year. Set in 19th-century New Orleans, the series brings back sexy vampires. Celine, forced to flee Paris, arrives in the city along with six other girls, yet soon finds herself embroiled in the underworld, known as La Cour des Lions. But when one of the girls is murdered and her body discover in the lair of La Cour des Lions, Celine has to battle her attraction to and suspicions about the group’s leader, Sébastien Saint Germain. The Beautiful was a great read, although it left me with tons of questions about the different underworld denizens and their relations. Hopefully, The Damned can answer some of those. Out on July 7th!

Princess Soraya has spent her life hidden away, apart from her family, because she is poisonous to the touch. As the day of her twin brother’s wedding approaches, Soraya must decide if she’s willing to step outside for the first time. Below in the dungeon is a demon who holds knowledge that she craves, and above is a young man who’s isn’t afraid of her. When her choices lead to consequences she never imagined, Soraya begins to question who she is and who she is becoming… human or demon. I got a copy of this book in my Fairyloot box in May and I just started reading it. So you can look forward to a review very soon! Out on July 7th!

For this book, we travel to 19th-century Denmark. For Marit, magic is all about strategy: it flows freely through her blood, but every use leaves behind a deadly, ice-like build-up within her veins called the Firn. Marit knows how dangerous it is to let the Firn build up and has sworn never to use her magic. But when Eve, a fellow orphan whom Marit views like a little sister, is adopted by the wealthy Helene Vestergaard, Marit will do anything to stay by Eve’s side. Even if it means using magic to secure a job in the Vestergaard household. This will also serve her second agenda: her father died in the Vestergaards’s jewel mines and it might not have been an accident. But the closer Marit gets to the truth, the more she realizes she and everyone she’s come to love are in danger, and magic might be the only thing that can save her – if it doesn’t kill her first. Out on July 21st!

The Year of the Witching – Alexis Henderson

In the lands of Bethel, where the Prophet’s word is law, Immanuelle’s very existence is blasphemy. Her mother’s union with an outsider of a different race cast her family into disgrace, so Immanuelle does her best to worship the Father, follow Holy Protocol, and lead a life of absolute conformity – like all the other women in the settlement. But a mishap lures her into the forbidden Darkwood, where the first prophet once killed four powerful witches. Their spirits are still lurking and they bestow Immanuelle with a gift: the journal of her dead mother. This leads Immanuelle to discover that her mother consorted with the witches, and to learn grim truths about the Church and its history. This sounds very dark, like the Handmaid’s Tale with witches. In other words: I want this (but I’m also a bit scared). Out on July 21st!

The five princesses of Ever are cursed to be Without one essential thing – the ability to eat, sleep, love, remember, or hope. Their mother, the Queen, is imprisoned, frozen in time in an unbreakable glass box. But when princess Eden’s curse sets in on her thirteenth birthday, the princesses are given the opportunity to break the curse, preventing it from becoming a True Spell and dooming them for life. To do this, they must confront the one who cast the spell – Reagan, a young witch who might not be the villain they thought – as well as the wickedness plaguing their own kingdom and family. I am really excited about this one, it sounds SO GOOD! Out on July 28th!

The Princess Will Save You – Sarah Henning

When her father dies, princess Amarande is given an ultimatum: marry the leader of one of the four neighboring kingdoms, or lose her crown – and possibly her life. To force her hand, her beloved, the stable boy Luca, is kidnapped. But Amarande was raised to be a warrior and nothing will stop her from saving her true love and her kingdom. I love it when books turn the damsel-in-distress trope on its head, so I’m looking forward to this new story by the author of Sea Witch. Out on July 7th!

Looking for even more new books to read? Here’s the full list of July 2020 YA releases!

Which July 2020 books are you excited about? Let me know in the comments! Stay safe and healthy, and happy reading!