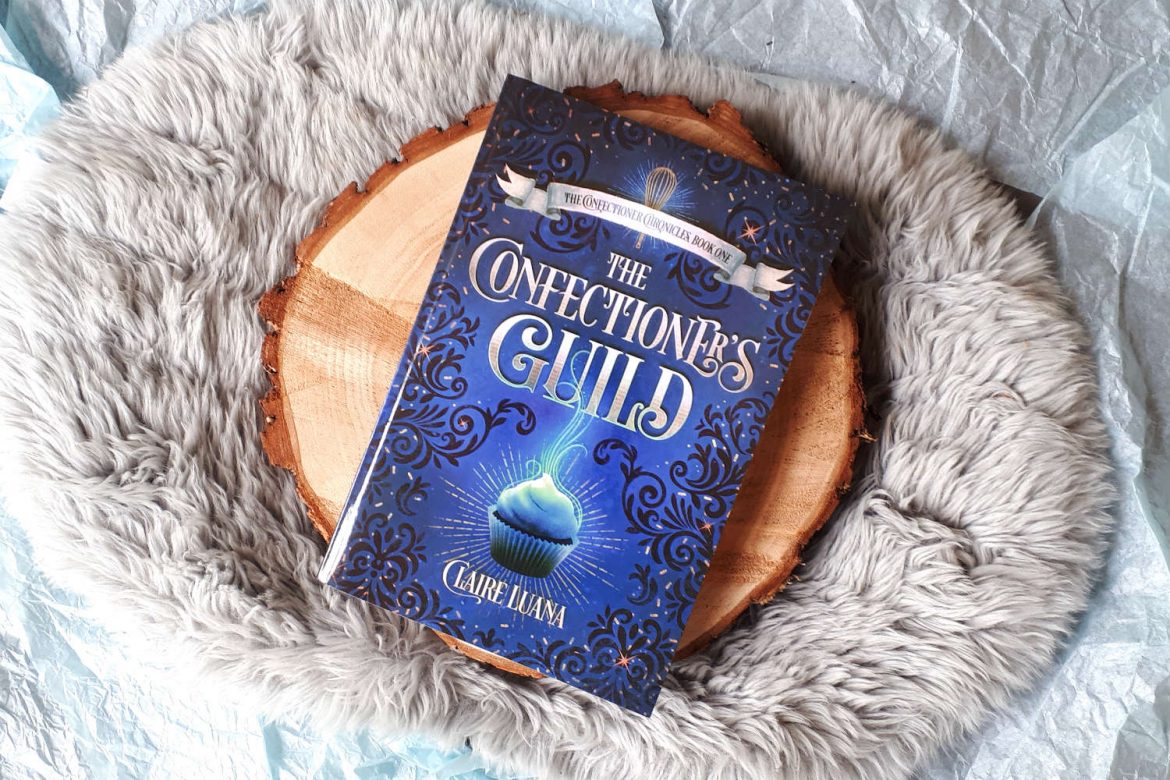 Murder! Magic! Cupcakes! The Confectioner’s Guild by Claire Luana caught my eye when it was published a few months ago. And now I finally got around to reading it. But did it leave me craving the sequel?

Wren works as an apprentice confectioner when she is summoned to the Guildhouse. There, the head of the Guild reveals to her that Wren’s cupcakes are magic. Literally. But before this revelation fully sinks in, the head of the Guild falls over. Dead. Killed by Wren’s cupcake. This is a start of a race against the clock for Wren, who has to prove her innocence or face the headman’s axe. Luckily, she gets help from a few new friends and allies.

Before this book I read Hunting Prince Dracula and while they are both murder mysteries, they couldn’t be more different. Where HPD is pretty gruesome, The Confectioner’s Guild is… so soft and cosy.

While this story is entertaining, I couldn’t help but get annoyed. Wren’s actions were so frustrating at times. She seemed to forget about the murder investigation and her looming execution, and instead worried about boys and dresses. Shouldn’t she be focused on saving her life?

And I don’t understand why she was allowed to help with the investigation into the murder she was accused of? I know this is fiction and all, but it just doesn’t make sense. The inspector allows her to help based on his gut feeling. That… doesn’t sound very professional, if you ask me. What’s more, the inspector sounds totally incompetent. He should be leading the investigation, but he barely makes any progress. Instead it’s Wren who – between parties and flirting – finally remembers to ask her former boss who bought her cupcakes (a vital piece of information).

To be fair, I didn’t expect this to be a masterpiece and I wanted to read it because it sounded fun and light. And it surely was light. Was it fun? At times. But annoyance over plot holes and implausible twists soon took over. And the main character was incredibly two-dimensional, as were most of the other characters. The most interesting one barely got any “screen time” unfortunately.

So as much as I wanted to enjoy The Confectioner’s Guild, I can’t rate it higher than 3 stars out of 5. Am I going to read the sequel(s)? Probably not.

A magic cupcake. A culinary killer. The perfect recipe for murder. Wren knew her sweet treats could work wonders, but she never knew they could work magic. She barely has time to wrap her head around the stunning revelation when the head of the prestigious Confectioner's Guild falls down dead before her. Poisoned by her cupcake. Now facing murder charges in a magical world she doesn't understand, Wren must discover the true killer or face the headsman's axe. With the help of a handsome inspector and several new friends, Wren just might manage to learn the ropes, master her new powers, and find out who framed her. But when their search for clues leads to a deep-rooted conspiracy that goes all the way to the top, she realizes that the guild master isn't the only one at risk of death by chocolate. If Wren can't bring the powerful culprit to justice, she and her friends will meet a bittersweet end. The Confectioner's Guild is a delicious YA fantasy mystery. If you like spunky chefs and twisty mysteries with a drizzle of romance, then Claire Luana's scrumptious tale is sure to satisfy your sweet tooth.