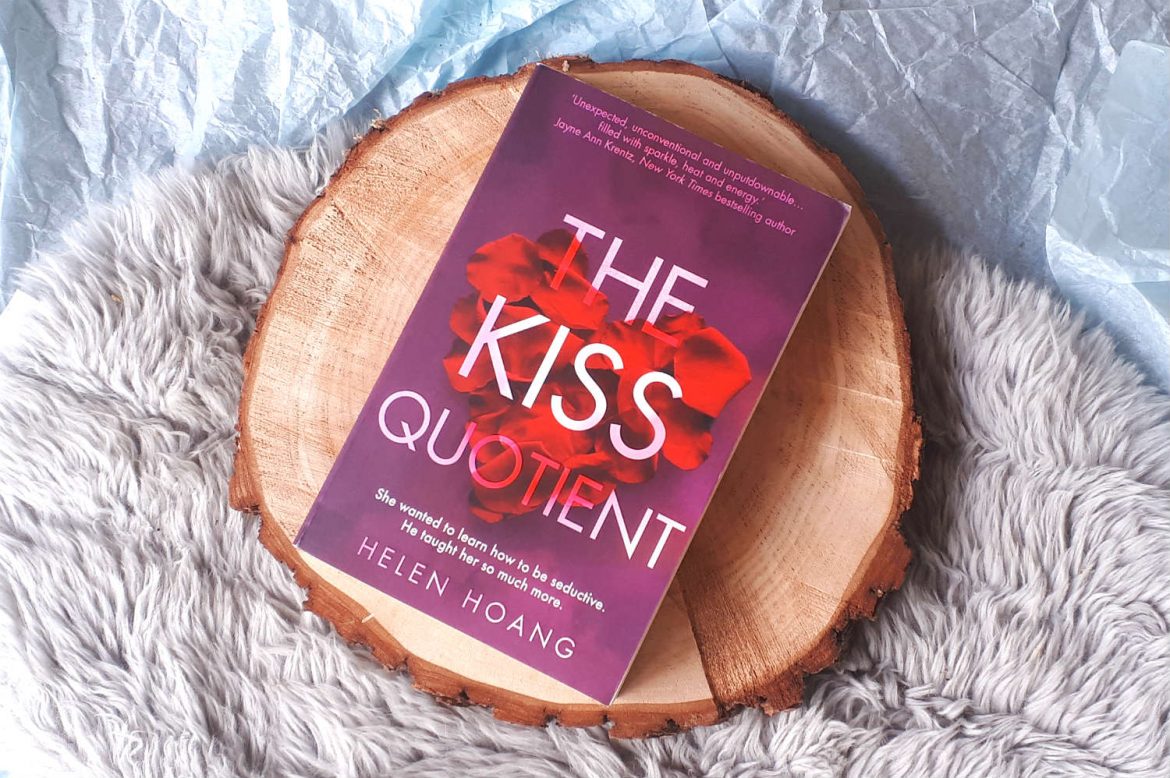 While I mainly read YA fantasy, I also like to take sidesteps into other genres. A few months ago, I read a adult fantasy romance called Master of Crows, but this time I went for a adult contemporary romance. What did I think of The Kiss Quotient by Helen Hoang? Read on to find out!

Stella loves math. She develops algorithms to predict customer purchases, a job that has earned her a ton of money. And while she understands numbers, dating is hard for her since she has Asperger’s. What do you do when you’re not good at something? You practice to get better. So Stella hires Michael, a male escort, to teach her all about dating and sex. And what starts as a business deal, soon grows into something more…

I can be brief on this: I loved it! Stella and Michael are both such sweet and kind characters. You know how many contemporary romances these days feature some billionaire asshole and women everywhere swoon over these guys because they’re rich and hot, and it doesn’t matter that they are abusive? This is the complete opposite, with the woman being rich, and I want to cherish it and I crave more of it.

Speaking of Stella, I love the fact that she has Asperger’s. It’s true that fiction is becoming more diverse, with more people of colour and LGBTQ characters, but other types of diversity are often overlooked. It’s so refreshing to see a main character with Asperger’s! And what’s more, The Kiss Quotient is an own-voices novel. Author Helen Hoang explains in an author’s note how she first came up with this idea after a conversation with her daughter’s teacher and then, while researching the topic, discovered that she herself has Asperger’s.

And if I may get personal here for a moment, it felt amazing to see and recognize so many of my own thoughts, habits and quirks in Stella. I don’t know if I have Asperger’s, I never pursued a diagnosis or anything, but I know I’m “weird”. For instance, I’m socially awkward (and that’s putting it mildly) and crowded and noisy environments are exhausting. While I may not be exactly like Stella, she did remind me of myself. And it felt good to see someone like me as a main character.

And let’s talk about Michael as well. He’s mixed-race – Swedish and Vietnamese – and described as a hotter version of k-drama star Daniel Henney. And Michael’s not just hot, his personality is so *swoon*… He’s patient with Stella and respects her boundaries. This is the kind of male protagonist we need in romance, not the douchebag kind that seems so popular these days.

The Kiss Quotient is a fairly short novel of just over 300 pages and the focus is solely on the romance. No side-plot of villains to defeat or anything. And Hoang doesn’t waste a lot of time to get to the action. Stella and Michael meet in chapter 2, and in the next chapter they’re already in her hotel room. I mean, he’s an escort hired for sex, after all. And while not much happens at that moment, it’s still hot to read. Seriously, I think Hoang could write a book about watching grass grow and it would still be hot.

But her next book will not be about grass. Instead, The Bride Test will focus on Michael’s cousin Khai – who is also autistic – and the girl who tries to win his heart. I’m already looking forward to its release on May 7th! And in the meantime, I’ll just swoon some more over The Kiss Quotient and Stella and Michael!

"This is such a fun read and it's also quite original and sexy and sensitive."--Roxane Gay, New York Times bestselling author A heartwarming and refreshing debut novel that proves one thing: there's not enough data in the world to predict what will make your heart tick. Stella Lane thinks math is the only thing that unites the universe. She comes up with algorithms to predict customer purchases--a job that has given her more money than she knows what to do with, and way less experience in the dating department than the average thirty-year-old. It doesn't help that Stella has Asperger's and French kissing reminds her of a shark getting its teeth cleaned by pilot fish. Her conclusion: she needs lots of practice--with a professional. Which is why she hires escort Michael Phan. The Vietnamese and Swedish stunner can't afford to turn down Stella's offer, and agrees to help her check off all the boxes on her lesson plan--from foreplay to more-than-missionary position... Before long, Stella not only learns to appreciate his kisses, but crave all of the other things he's making her feel. Their no-nonsense partnership starts making a strange kind of sense. And the pattern that emerges will convince Stella that love is the best kind of logic...